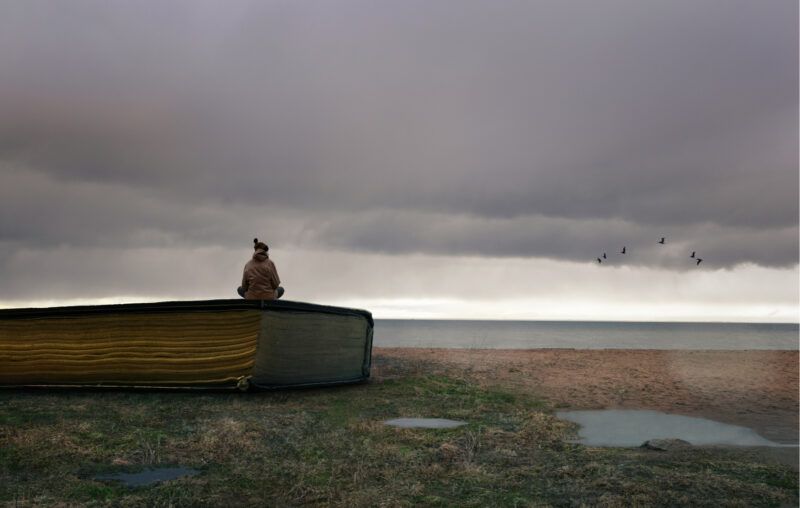 The first time I heard the name Thomas Sowell was during that bitterly partisan—though in retrospect, comparatively tame—transition period from George W. Bush to Barack Obama. My mother’s younger sister, a gun-owning, born-again evangelical Christian and staunchly Republican voter from Southern California had by then become an active and vocal Facebook user. In those days, I was half a decade out of undergrad, living in New York City, making my first forays into the world of professional opinion-having. I felt my first (and, it would turn out, my last) stirrings of political romanticism in my exuberance over the candidacy and election of the first black president. Suffice it to say we locked digital horns on a regular basis. “It’s not about color for me,” my aunt said while railing against Obama. “For example, I love Thomas Sowell.”

To that side of my extended family, I became the stereotype of a coastal liberal, writing for the New York Times and wholly out of touch with the real America. In fact, I’ve always prided and defined myself as an anti-tribal thinker, and sometime contrarian, working firmly within a left-of-center black tradition—a tradition populated by brave and brilliant minds from Ralph Ellison and Albert Murray to Harold Cruse, Stanley Crouch, Orlando Patterson, at times even Zadie Smith and James Baldwin. I’d never been a stranger to my own group’s ire, but I’d also intuited this tradition’s ideological limits. I really didn’t even know exactly what else was on offer. Which is to say, it wasn’t that I actively avoided the work of black conservatives, it was that the work existed entirely out of my frame of reference. Conservative ideas in general, and black conservatism in particular, were not things anyone I knew would even think to bother refuting.

To hear my aunt speak approvingly of Sowell put me immediately in mind of the other famous black conservative named Thomas. My brother’s name is Clarence. To pair our names together formed the most ferocious epithet at the playgrounds of my youth. It was exceedingly difficult even for me to arrive at a mental space and degree of curiosity at which I could allow myself to engage with Sowell’s thinking. It took the happenstance of personally meeting and admiring the writer Coleman Hughes, a brilliant young Sowell acolyte, along with the release of a new documentary from the Free to Choose Network, Common Sense in a Senseless World, narrated by Jason Riley, for me to finally give him a hearing.

Riley, a longtime columnist at the Wall Street Journal and fellow at the Manhattan Institute, has made it something of a personal mission to alter the dynamic of prejudgment and casual dismissal I have outlined, or at least to bring the ideas of Sowell to as wide an audience as possible. Last May he published Maverick, a biography of the thinker, now 91 years old and in semi-retirement since 2016. The documentary relies on archival footage as well as hours of interviews that Riley has recorded with Sowell who, since attaining his Ph.D. in economics from the University of Chicago at the seasoned age of 38, has conducted one of the most prolific and long-running careers in public thinking in recent memory, publishing over 30 books on a variety of subjects from Marxist political economy to late-speaking children, and thousands of syndicated columns, despite his near total absence from the mainstream American imagination.

Sowell’s rise was not predestined. His father died shortly before he was born to a single mother in North Carolina in 1930. By the time that he was eight, his mother had also passed away, and he was raised in Harlem by his aunt and uncle—a devastating twist of fate that Sowell insists on describing as a stroke of fortune. “We were much poorer than most people in Harlem or most anywhere else today; it was my last year or two at home that we finally had a telephone; we had a radio, but we never had a television,” we hear him explain in voiceover. “But in another sense, I was enormously more fortunate than most black kids today.” He describes his family as being “interested” in him, and it is that interest and their dedication to developing his obvious talents that was crucial to his future. A family friend exposed him to the public library and lit a fire in his imagination. He won admission to the ultra-competitive Stuyvesant High School, but dropped out to serve in the Marines before eventually graduating magna cum laude from Harvard in the late 1950s.

It was his first job at the Department of Labor that, in today’s parlance, red-pilled Sowell out of the Marxism he’d held onto until that moment. “The vision of the left—and I think many conservatives underestimate this—is really a more attractive vision,” he declares with a wry smile and his thick New York accent early in the movie. “The only reason for not believing in it, is that it doesn’t work.” This idea of contrasting visions—and their comparative efficacy—would become a central facet of his thinking. But it was the period in his life spent teaching at UCLA and Cornell, where a group of black student radicals took over a student center, that seems to have permanently disillusioned him. Like so many aspects of his life and work, the situation feels wildly contemporary. It was not simply the behavior of the student activists but the total capitulation of the administration in the face of a mob that so dismayed him. By 1980, he left teaching entirely and pursued his quiet scholarship at the Hoover Institute at Stanford, shielded from campus politics but also fully ensconced outside the Overton window.

The documentary is an inviting introduction to a fascinating figure many of us have been mistakenly led, one way or another, to fear or ignore, but the film is unable to do for Thomas Sowell what Raoul Peck’s I Am Not Your Negro achieved for James Baldwin. It does not crackle with that kind of televisual electricity. That may have as much to do with the ambitions and constraints of the filmmakers as it does with the oratorical talents and demeanors of the respective subjects. Whatever the case, Common Sense will appeal to the legions of Sowell’s conservative fans who are already familiar with his ideas and also serve as an effective means of leading the more curious members of the uninitiated to his books, which I imagine is the film’s real purpose. And it is there, in those bold and exhaustive texts, that one encounters the full, unadulterated impact of Sowell’s ranging brilliance.

In this season of racial reckoning and pseudo-religious panic over identity, it is genuinely shocking to realize that Sowell not only anticipated these same debates several decades ago—he refuted many of the positions now in ascendance. Many people wondered last summer why, for example, on the Black Lives Matter website the organization declared (and has since deleted) a “disruptive” stance on the nuclear family. What did that have to do with mobilizing against police violence? Why did BLM describe themselves as Marxists? In his 1995 book, The Vision of the Anointed, Sowell argues persuasively that, “The family is inherently an obstacle to schemes for central control of social processes. Therefore the anointed [essentially his proto-term for “woke”] necessarily find themselves repeatedly on a collision course with the family.” This is because, he continues, “the preservation of the family” is fundamentally a source of freedom. “Friedrich Engels’s first draft of the Communist Manifesto included a deliberate undermining of family bonds as part of the Marxian political agenda.”

After the death of George Floyd last May, the Minneapolis city council experimented with ill-conceived calls to defund and even “abolish” their local police forces. This was presented—often by white progressives—as being in the black community’s best interest despite that very community’s often vocal opposition based not on conjecture but painful experience. Sowell had already demonstrated the flaws in this form of reasoning with regard to the LA riots of 1992 (which recall Minneapolis as well as Kenosha, Wisconsin). “Many of the anointed justified the violence and destruction by shifting to the presumed viewpoint of ‘the black community’—when in fact 58 percent of blacks polled characterized the riots as ‘totally unjustified.’” You wouldn’t know it from social and much mainstream media, but those numbers have remained startlingly consistent.

One of the most influential and widely cited books on race in the current era, Ibram X. Kendi’s How to Be an Antiracist, has popularized the notion that any significant discrepancies between so-called racial groups are necessarily indicative of racist policies. Again, Sowell not only anticipates but refutes this newly fashionable line of thinking—some 26 years before it was published:

Many differences between races are often automatically attributed to race or to racism. In the past, those who believed in the genetic inferiority of some races were prone to see differential outcomes as evidences of differential natural endowments of ability. Today, the more common non sequitur is that such differences reflect biased perceptions and discriminatory treatment by others. A third possibility—that there are different proportions of people with certain attitudes and attributes in different groups—has received far less attention, though this is consistent with a substantial amount of data from countries around the world.

And that is the revelation in a nutshell: reading Thomas Sowell has this déja-vu quality. The most important realization you are left with is not that he possesses the final word on every subject but that he wields profound insight and reams of data and comparative research into many of the very debates that still consume us. As a conscientious liberal it leaves you with a nagging question: Why haven’t you or anyone you know ever so much as acknowledged the existence of his output? If we are lucky, this documentary and Riley’s biography will be part of the necessary and overdue work of rectifying the oversight. I suppose I owe my aunt an apology.

This article, Encountering Thomas Sowell, was originally published by the American Institute for Economic Research and appears here with permission. Please support their efforts.