El Salvador Is Not the Birthplace of Bitcoin’s Future 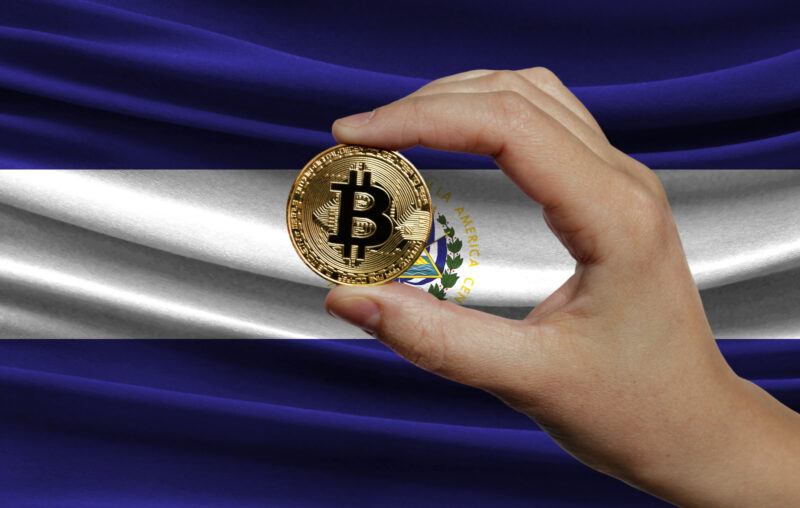 A week-and-a-half ago, the announcement that Bitcoin would become legal tender in El Salvador rocked the crypto world. (Not, it bears mentioning, as much as Elon Musk has been able to, but appreciably nevertheless.) With a vote of 62 out of 84 in the El Salvadoran Congress, the Bitcoin Law was passed.

In one sense, the small Central American nation is a solid choice for bitcoinization: the population is largely unbanked, and a major component of its economy is international remittances from the United States, Mexico, and across South America. Additionally, El Salvador regularly leads the region in per capita cellphone ownership. Wallets, sending and receiving Bitcoin, could add security, speed, and–depending upon the amounts in question–lower fees to citizens sending and receiving money. (More about fees later.)

Yet as the details behind the seemingly earth-shattering development have become clearer, the luster has faded. Indeed, the celebratory tides are somewhat disconcerting.

Bitcoin..whether you want it or not!

Looking through the law (shown here, the Ley Bitcoin), beginning on page 8 sixteen Articles set forth its working. Of particular note are Articles 7 and 13. They read, and are translated, as follows:

Art. 7. Every economic agent must accept bitcoin as a form of payment when it is offered to him by whoever acquires a good or service.

Art. 13. All obligations in money expressed in dollars, existing prior to the effective date of this law, may be paid in bitcoin.

For all that Bitcoin and crypto more broadly allegedly represent, it’s difficult to see how stipulations of this kind could appeal to any principled Bitcoiner or Bitcoin-affine libertarian. The first article (7) compels the acceptance of Bitcoin: not permits, but obligates. Article 13 single-handedly, with the proverbial “stroke of a pen,” alters the terms of any existing contracts such that obligees expecting or preferring dollars may be forced to be satisfied by payment in Bitcoin.

It’s very surprising to see Bitcoin maximalists cheer on what in any other context would rightly be derided as baldfaced state compulsion: a sharp step away from the Hayekian ideal of a free-market monetary system. Especially, that is, considering that in such a market process Bitcoin is likely to be at least a finalist, if not the “winner!”

Bitcoin fees can be very high. Diseconomically high, in fact: for a time, apocryphal tales of spending $60 to send $100 in Bitcoin made the rounds. And so, innovation being what it is, competing methods have been proposed to bring fees down to where Bitcoin would be more commercially viable. Unless it can scale to accommodate retail purchases–and, indeed, the remittances of El Salvadoreans working abroad–it is essentially a nonstarter as an electronic cash system.

The alternative was to introduce a second software layer atop the Bitcoin software, creating a side chain through a software scheme called Lightning Network. Lightning Network, since it is a layer atop Bitcoin, constitutes an intermediary of sorts. By separating small transactions from larger ones for inclusion in a block, it allows them to be processed for lower fees. (Much of this is oversimplified.)

In El Salvador, a software firm called Strike was set up in March that would employ (or really build off of) Lightning Network to make small Bitcoin transactions affordable. But by mandating that vendors accept Bitcoin for payment, El Salvadorean receivers of remittances will have two choices: spend Bitcoin they receive, or convert their Bitcoin into dollars. The government has pledged to maintain a facility through which individuals interested in converting their Bitcoin to dollars can do so; thus, over time, the El Salvadoran government will always maintain a certain “inventory” of Bitcoin.

This has implications of its own, covered in the next section. But for now, consider the good fortune of Strike, which will have a huge lead on any other competitors that come along (if indeed others are permitted to). Considering the specifics of the imposition of Bitcoin in El Salvador, it probably isn’t surprising that a market isn’t at work where peripheral (if important) software elements are concerned. It still, however, makes the amoral posturing of many Bitcoin maximalists somewhat astonishing.

Finally, let’s examine Article 14. It reads, and translates, as follows:

Art. 14. Before the entry into force of this law, the State will guarantee, through the creation of a trust in the Development Bank of El Salvador BANDESAL, the automatic and instantaneous convertibility of bitcoin to dollar of the alternatives provided by the State mentioned in the

Article 8 of this law.

So the El Salvadoran government is planning to maintain a large trust fund (initially funded at $150M) which will purchase Bitcoin from individuals preferring dollars and from vendors seeking to lay off price risk due to fluctuations. When I read this, I found my old trader’s instincts perking up.

By agreeing to maintain what amounts to a BTC/USD currency board without a peg–more accurately, a variable peg–the need to replenish the fund with dollars may come quickly and unexpectedly. Bitcoin is, if nothing else, known for heroic levels of volatility. If we were to consider where dollars would come from if the de facto currency board were suddenly faced with an avalanche of redemption requests, one is left without an answer. It’s hard to imagine other nations or the IMF coming forward to bail out an exhausted Bitcoin redemption fund.

This has been tried many times, most notably in Argentina:

The Argentine Currency Board pegged the Argentine peso to the U.S. dollar between 1991 and 2002 in an attempt to eliminate hyperinflation and stimulate economic growth. While it initially met with considerable success, the board’s actions ultimately failed. In contrast to what most people think, this peg actually did not exist, except only in the first years of the plan. From then on, the government never needed to use the foreign exchange reserves of the country in the maintenance of the peg, except when the recession and the massive bank withdrawals started in 2000.

The Argentinian peso (the domestic currency) was volatile owing to weak banking institutions, political instability, and the expansion of the money supply to paper over losses by state enterprises and finance large fiscal deficits. But even then, the fluctuations of the peso paled in comparison to Bitcoin. Now consider some of what has moved Bitcoin double-digit percentages in very small amounts of time: rumors about impending crackdowns or the actual imposition of new, often harsh regulations. Eccentric billionaires (increasingly, over time, evoking Bond villains) making offhand comments. And sometimes…nothing discernible. In May 2021, Bitcoin fell 35%: how much of the $150M conversion fund would have been left by the end of the month?

Certainly the fund could be hedged with futures, forwards, or other instruments, but the trader in me sees all the trappings of a target for a speculative attack.

WWNS (What Would Nakamoto Say)?

I do share a twinge of the enthusiasm that Bitcoin maximalists and general crypto proponents feel regarding the step being taken in El Salvador; but it ends there. Imposing the use of Bitcoin by government force through what appears to be a monopolistic/oligopolistic software provider environment hardly seems worthy of lionization. Moreover, the possibility that an incredibly volatile instrument convertible to dollars–in a somewhat small fund without a backstop–could wind up doing more harm to the economy than good seems underappreciated. Would Satoshi Nakamoto see the currently planned implementation of Bitcoin in El Salvador as decidedly better than, say, the fiat Euro, Yen, or Dollar?

For the people of El Salvador, and for everyone in the world who seeks sounder money, my hope is that the experiment taking place in Central America is one that nevertheless bears fruit. Or at the very least, that it teaches important lessons without extracting too much in “tuition,” euphemistically speaking. Bitcoin is likely to be further popularized by this effort but as currently structured, El Salvador is not destined to be the cradle of a worldwide DeFi (decentralized finance) revolution. If it is ever to materialize, the full realization of crypto’s potential will only come from free consumers, producers, savers, and investors, who will choose it from among monies that best meet their needs. That can and will only occur in truly competitive markets.

This article, El Salvador Is Not the Birthplace of Bitcoin’s Future, was originally published by the American Institute for Economic Research and appears here with permission. Please support their efforts.