Economics and the Picture Show 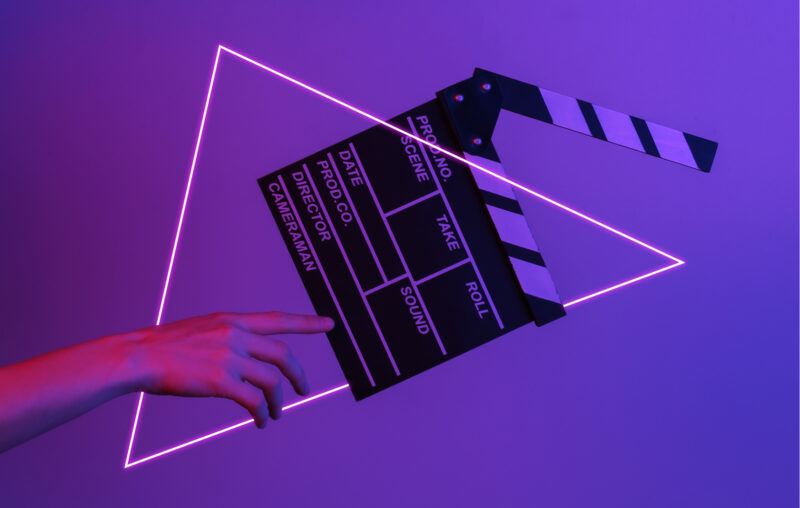 What can culture tell us about economics? Two films help tell the story. The first, Sabrina (1954), starring Humphrey Bogart encapsulates an idealized view of Americana emerging from the Second World War. The second is steeped in the 1980s, offering a new take on Gordon Gekko’s “greed is good” mentality delivered by Leonardo DiCaprio in The Wolf of Wall Street (2013).

In the Bogart film, things are cut and dry (or black and white, like the film). The exchange of goods and services is somewhat impersonal, or “strictly business,” as the saying goes. Self-aggrandizement, money, and dominance are not the primary motivations, but something closer to a Smithian altruism. In one important exchange, Bogart’s character, Linus Larrabee, idealistically proclaims, “What’s money got to do with it? If making money were all there was to business, it would hardly be worthwhile going to the office. Money is a by-product.”

Things are quite different by the time we get to DiCaprio’s world of finance, embodied in his character Jordan Belfort. Ego and avarice form Belfort’s ethos. “There is no nobility in poverty,” he says. “I’ve been rich, and I’ve been poor and I choose rich every time. At least as a rich man, when I have to face my problems, I show up in the back of a limo wearing a $2,000 suit and $40,000 gold watch! I want you to deal with your problems by becoming rich! I want you to go out and spend money!”

Are these simply two different but equal expressions of economic pursuit? They both see wealth as solving problems. But something more is at work here. For Linus Larrabee, business is an invention that benefits the common good. The workings of finance and exchange are dynamic but honorable, yielding positive results for everyone.

“A new product has been found, something of use to the world,” said Larrabee. “A new industry moves into an undeveloped area. Factories go up. Machines are brought in. A harbor is dug, and you’re in business. It’s purely coincidental, of course, that people who’ve never seen a dime before suddenly have a dollar. And barefooted kids wear shoes and have their teeth fixed and their faces washed. What’s wrong with a kind of an urge that gives people libraries, hospitals, baseball diamonds, and movies on a Saturday night?”

This view of business and economic growth is Pollyannaish to be sure, but it’s somehow admirable. Indeed, in this scene, Linus refuses to entertain marriage for fear of being unfaithful to a wife, since he is already married to his work and the good it can do. His Dictaphone becomes the symbol and bride price of commercial virtue and its corporate consummation.

The opposite obtains in Jordan Belfort’s profanity laden, vice-ridden sales instruction. Telephones are weapons. His workforce are “terrorists” and “highly trained killers.” They are of the materialistic warrior class. Clients either buy or “f***ing die. In the business world, there is no greater moral purpose than ferocious aggression, wealth, and winning.

Says Belfort, “You have an obligation here…An obligation to yourself, goddammit! You ram Steve Madden stock down your clients’ throats and make them choke on it till they buy 20,000 shares!”

Despite the fact that both are engaged in profit-seeking businesses, the difference between these two scenes and the role of capitalist enterprise could not be starker. The classy and tasteful Linus Larrabee says “Power has become a dirty word,” without saying what that word is. The vulgar Jordan Belfort empowers his team to “Pick up the phone and start f***ing dialing!” for their own greedy good.

Is one of these views of economic activity right and the other wrong? Is it good to be selfless and bad to be selfish? These are perennial questions in moral and political philosophy. Yet, their unresolved persistence suggests that an alternative approach to these questions might be in order. In fact, I believe that the scenarios described above do not, in the end, reference economic or political conditions. Rather, their ethical undercurrent tells me that the issues they address are aesthetic in nature, that the two portrayals touch the heart and soul of economic thought in a way that objective experiments, data, or statistical modeling can’t.

Each protagonist paints a certain picture, a portrait of a person within an economic and moral setting. Their roles are about how people see themselves in the world, and how the consequences of their actions result in how others view them as moral beings (i.e., as humans). Put another way, each character presents a vision of himself in the world humans have created, an aesthetic vision. Consider Belfort once again:

“I want you to take a good look at the person next to you, because one day in the not-so-distant future you’ll be sitting at a red light in your beat-up old Pinto, and that person’s going to pull up in a brand new Porsche, with their gorgeous young wife at their side. And who will you be next to? Some ugly beast with three days of razor-stubble in a sleeveless moo-moo, crammed in next to you with a carload of groceries.”

For Belfort, it is clear that the Pinto driver is in that situation because he did not act in a manner not to be. It is wrong to live that way, and that person exists in a state of unhappiness as a result. But notice that the key distinction between right and wrong here is aesthetic: a beautiful wife and car point to success and its virtues; an ugly car and wife indicate failure and disgrace.

Belfort’s view of economic success is base and sensuous, but there is also something very human and real about it.

At the level of first principles, economic activity sees people exchanging things considered valuable. But why should that be so? Because owning valuable things (like cars or money) makes us feel as if we are valuable. Wearing valuable things (like jewelry or clothes) somehow confers upon us their worth, and makes us feel as if we have worth ourselves. Others see us, either literally or sociologically, and believe that we have acted in a way such that we deserve the esteem and prestige associated with those precious accoutrements. Countless portrait paintings and sculptures of wealthy rulers and the aristocratic confirm this state of affairs, supporting the notion that the heart of economic thought, both past and present, lies in this aesthetic dynamic.

The term aesthetic derives from the Greek aisthētikós, “pertaining to sense perception.” Both Linus Larrabee and Jordan Belfort are motivated by it. They each have a vision of the world that places moral worth on the good that material and aesthetic circumstances can confer upon the physical and spiritual well-being of a person. We can see this blatantly with Belfort’s crass training motivation, but even in Linus’s ethical disposition and high-minded goal of alleviating poverty. It is right to have attractive teeth and a clean face. It is good to have more money to go to ball games and movies. It is not just right and good for the poor, it is right and good for everyone. As people’s material lives become more valuable, the value of that elevated living transfers to and elevates them morally. In terms of remuneration, money is simply “a by-product.” It is the moral and social value that Larrabee achieves that is his real compensation.

This mystical transubstantiation, where the value of one thing gets numinously bequeathed to another by virtue of possession, is primordial, an essential part of what it means to be human. In Sapiens: A Brief History of Humankind (2015), Yuval Harari claims that one of the biggest factors in our success as a species is that we can create incorporeal entities like “myths or nations or limited liability corporations.” These fictions evidence our ability to visualize imagined realities that do not exist, and therefore allow us to cooperate on a level that no other living creature has yet achieved. Such a view gives Smith’s invisible hand or impartial spectator—that imagined persona that objectively guides our moral decisions—an anthropological foundation. Even more interestingly, according to Harari, this ability seemed to have developed roughly at the same time we began creating primitive art.

Yet, this relationship between things of value, moral worth, and aesthetic thinking is not imaginary. As I have argued elsewhere, art’s main function is communicative. Art is created explicitly to convince or compel someone to feel, think, or believe something. And, since most actions are predicated on some feeling, thought, or belief, ultimately, the arts engage the human intellect in terms of both knowledge and morality. They deal with the mind, body, and soul. It is not surprising, then, that artworks are among the most valuable things we seek to possess. They are snapshots of moral, financial, and aesthetic value that mystically imbue their owners with social rank and personal worth.

Economists should pay attention to aesthetics—or the art of economics—which is the art of creating ourselves, both morally and financially. More radically, economists need to stop trying to find an objective way into the heart of what happens when we exchange. The urge toward scientific certitude is understandable. We all would like to have an economic vision that is less reliant on imagination and spirit. But these two films illustrate that this drive toward objectivity might be pointless, that the real thing to put under the microscope is human creativity in all its splendor.

This article, Economics and the Picture Show, was originally published by the American Institute for Economic Research and appears here with permission. Please support their efforts.