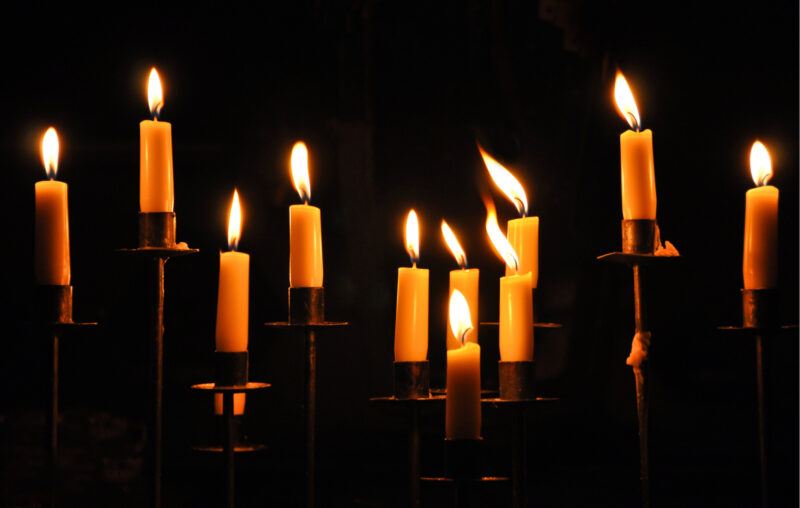 Nineteenth century social planners aspired to create their own versions of utopia in the United States, and erected principles of egalitarianism and collectivism to guide their communities. However, their communities proved to be more idealistic than feasible as most collapsed and the remainder gradually evolved into for-profit corporations.

A study conducted by New York University adjunct professor Marc Hodak and Columbia graduate Jack Masterson explores the formation of three 19th century socialistic communities — Hopedale, Oneida, and Amana — and their subsequent demise. They also identify over 250 utopian experiments; most of which failed shortly after being established, illustrating how principles of egalitarianism and common ownership are unsustainable over long periods.

Hodak and Masterson say the incentive problem, public choice problem, and knowledge problem posed fundamental challenges to the three socialist utopias and led to their eventual disintegration. However, the destruction of these communities did not extinguish these problems for good; political leaders today still implement specious plans that employ the same socialist-leaning strategies.

The structure of socialist communities forces an incentive problem whereby community plans are misaligned with individual incentives resulting in worse outcomes. Specifically, the promise of equal wages removes any incentive for individuals to work harder or invest in upskilling, leading to lower productivity and fewer skilled workers.

For instance, Hopedale’s lucrative loom-manufacturing business was unable to grow because the town had no way to incentivize workers to improve skills while also maintaining equal wages. Consequently, the community hired external skilled labor at market-competitive wages, thereby defaulting on the community’s promise of equal wages. Eventually, Hopedale concluded that equal wages did not properly encourage workers, promote production or maximize profits. As a result, just five years after being established, the community privatized most businesses and forfeited its promise of equality.

A popular proposal similarly touted for its egalitarian principles is the federal “jobs guarantee,” a program that would give a well-paying job with full benefits and a “family-sustaining wage” to anyone who wants one. Proponents, including Bernie Sanders and Alexandria Ocasio-Cortez, claim the policy could promote equal employment opportunities.

However, the policy would generate incentive problems similar to those of the Hopedale community by returning limited value from participants’ work and crowding out private enterprise. Guaranteed employment does not account for actual work hours or quality of output, and previous research demonstrates that employment programs do not incentivize participants to improve their skills and graduate into the private sector. Like Hopedale, the jobs created by the guarantee connect to a governing body’s central plan rather than the demands of the organization or individual.

For example, Oneida’s John Noyes projected his personal beliefs regarding procreation onto the community he founded. He controlled individuals’ relationships through approval processes and arranged sexual liaisons between young women and favored older male community leaders in exchange for their continued support of his leadership. The system became increasingly challenged as it dismissed community members’ requests to choose their marriage partners, eventually prompting members to exit the community. Noyes’s abuse of power demonstrates how rationally self-interested community leaders will pursue personal goals despite their vows to serve the community.

Modern political leaders are not immune from acting in their own self-interest: Vermont Senator Bernie Sanders sought to establish an Air Force fighter jet program at a commercial Vermont airport to introduce “1,610 direct and indirect jobs, with an economic impact of $222 million” and improve the state’s weak economy. However, constituents resented the additional noise and environmental disruptions and viewed the program as contradicting Vermont’s anti-war and anti-nuclear weapon position. Yet Sanders defended his decision:

In the real world, if the plane is built … and if the choice is if that goes to Vermont … South Carolina or Florida, what is your choice as a United States Senator? … My view is that given the reality of the damn plane, I’d rather it come to Vermont than to South Carolina. And that’s what the Vermont National Guard wants, and that means hundreds of jobs in my city. That’s it.

To position himself as a successful Senator, Sanders makes it apparent that his goal is to place Vermont’s economy ahead of other states despite opposition from his constituency. Like Noyes, Sanders illustrates how politicians easily fall into the public choice trap and prioritize their own immediate self-interest over the broader interests held by those whom they were elected to represent.

A final challenge is the knowledge problem, which argues that one individual does not and cannot possess all necessary and available information relevant to addressing individuals’ needs and preferences since this knowledge is dispersed among separate individuals. People with first-hand, personal experience are better equipped to respond to their individual needs than someone higher up the totem pole with less direct involvement. Yet, in these utopias community leaders set the agenda by equally allocating housing, food, household supplies, land, and other capital. This endeavor proves itself to be futile, as they never satisfactorily meet peoples’ preferences.

For instance, a boy from Amana was denied a bicycle as Amana leaders set a standard wage and amount of permitted work for community members and restricted access to new products. The boy consequently found work outside of the community to earn enough money for the bike. External income sources became a valuable means for individuals to afford acquiring products that were locally prohibited. Eventually, community leaders capitulated to the Amana residents, who could then direct their lives based on their personal knowledge.

The knowledge problem is not limited to these 19th century socialist societies but is still prevalent today in Congressional plans to pass antitrust legislation against tech giants Facebook, Alphabet (parent of Google), Amazon, and Apple. Congress’s intent is to restrict these companies from favoring their own products over those offered by competitors and from having sole ownership over users’ personal data. Like in Amana, our current political leaders aim to set rules in the tech market without fully understanding individual preferences. According to a former Google executive, “the bills would hurt consumers, resulting in Amazon without Prime, the iPhone without text or phone capabilities preinstalled, and Google without Maps.” While our leaders may believe they are serving the public by curbing unfair competition and honoring equality in the market, they inaccurately assume knowledge of individual preferences, which could result in consequences for individuals, meaning reduced access to products enjoyed by consumers.

Hodak and Masterson’s explanation of the communities’ shortfalls should be interpreted as a warning for current socialist societies:

While each community’s demise had a different, proximate cause, a clear pattern developed revealing that their egalitarian dreams and non-market governance held within them the seeds of their destruction[.]

The study provides important implications for the United States today, as we see real-world attempts at privileging socialism and egalitarianism over liberal individualism. The proposed federal “job guarantee,” rent-seeking lobbyists, and antitrust legislation targeted against the tech industry are all subject to the same problems, which led to the inexorable demise of America’s early socialist communities (Hopedale, Oneida, and Amana). History constantly teaches us that these practices –– even when implemented in different ways –– will fail and obstruct the growth that communities could have otherwise enjoyed.

This article, Early America’s Socialist Utopias Offer Lessons for Today, was originally published by the American Institute for Economic Research and appears here with permission. Please support their efforts.