Doubling Down on Foolishness 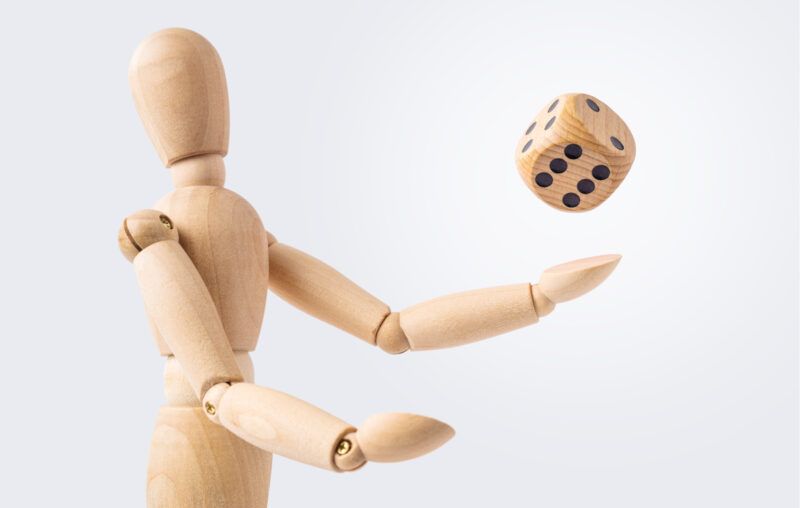 When the Sixteenth Amendment, authorizing an income tax, was ratified in 1913, the massive proliferation of the tax code that would result, along with the many negative consequences that would follow, were not generally anticipated.

People at the time did not anticipate even the possibility of the sharp increases in top tax rates, or tax progressivity, that we have seen since. They didn’t conceive that IRS abuses would extend to punishing 501(c)(4) applications for nonprofit status from groups “unfriendly” to the administration in power, such as Tea Party groups, as happened in the Obama administration. They couldn’t imagine the magnitude of tax increases now being proposed, much less how far spending increases will outstrip them, imposing even higher future taxes on Americans. They didn’t foresee how the Biden administration could use the far-from-sufficient excuse of reining in tax evasion to try to “force banks to send the IRS in-depth records of all transactions for every individual bank account in America that is larger than $600.” Rick Manning, President of Americans for Limited Government, described it as a needle in a massive haystack of a bill. They didn’t anticipate an electorate to which claims that trillions in new spending would not cost anything had any chance of success.

Chris Edwards has recently noted other items also on the list of tax code abuses. He noted Democrats’ recent proposal to add $80 billion to IRS funding, roughly three-fourths of which would go to more aggressive enforcement, which would mean “more paperwork, more lawyer fees, more time consumed on tax matters, and more anguish and uncertainty for taxpayers. It could also result in less privacy and personal financial security.” He reported that the same plan would remove a procedural protection against abuse of IRS penalties for underpayments, which can reach 20 percent, added in response to previous abuses. Further, people who receive substantial foreign gifts, but mistakenly fail to file IRS form 3520, have been “getting without warning enormous 25 percent penalties on the gross value of the gifts,” despite the fact that “foreign gifts are not taxable under the federal income tax.” If that weren’t enough, he cites tax expert Daniel J. Pilla, that “the IRS’s audit results are incorrect between 60 and 90 percent of the time,” caused in part by the fact that “tax examiners use tactics of bluff and intimidation, misinformation, and disinformation when talking to taxpayers about the law and their rights. This causes citizens to accept audit results that are inaccurate and should be challenged but typically are not.”

Such tax code proliferations and the punishments they impose on citizens, seemingly increased every time a Democrat talks about tax revenue, have metastasized orders of magnitude beyond what people at the time could ever have even dreamed about. There have been some more prescient observers, however, such as Frank Chodorov, who focused on how income taxation would undermine Americans’ liberty, but his insights have been widely ignored or forgotten. That is why it is worth revisiting his insights in his 1954 book, The Income Tax: Root of all Evil, to understand our current circumstances:

The American Revolution…[established] a government based on a new and untried principle, namely, that the government has no power except what the governed have granted it…in 1913, when the government was invested with the power to confiscate private property…this power…put into the hands of the American government a means of liquidating the sovereignty of the citizenry.

Chodorov’s focus was on how the income tax would undo the American Revolution’s central protection of citizens and their property against federal violations. He also saw that enforcement of the income tax would bring additional evils in its train, such as we are facing today.

The Sixteenth Amendment, enacted to increase the government’s revenues, has spawned another police department, another means of forcing the citizen into line.

The Internal Revenue Bureau quite sensibly takes the view that every one of us is a potential lawbreaker…it must make use of…espionage, deception, and force.

The inevitable consequence…is the use of income taxation to undermine the principles of republican government and to make a mockery of our tradition of freedom.

The Internal Revenue Bureau is a self-operating inquisitorial body. It has the means of harassing, intimidating, and crushing the citizen who falls into its disfavor…Therefore, whenever the Bureau has reason to “get” somebody it has ample means at its disposal.

This is what the late Senator Schall of Minnesota had to say…“The one glaring governmental agency that constitutes a menace to the citizens is the Income Tax Bureau, which often goes outside the constitutional limitations and frequently harasses citizens by unjust exactions and by the oppressive conduct of its agents…it even dares to attack the citizens… without substantial pretext or cause. The bureau is inquisitorial…Its forces swarm over the country…Agents, spies and snoopers annoy and plague the citizens…[it] permits and promotes, if it does not direct, a species of blackmail against the American citizen.”

There have been cases…where citizens who have offended the party in power were suddenly visited by agents of the Bureau and subjected to interrogation and examination. Of course…there is no proof that the citizens’ views prompted these special investigations. It cannot be proved that the purpose was to silence opposition. But the practice is so well known that men…have scrupulously avoided involvement in movements critical of the Administration, even though privately they are in sympathy with such movements.

If individuals persist in trying to circumvent the political establishment… or if they preach doctrines inimical to the interest of the ruling group, then…freedom of thought must be suppressed.

It is hardly a surprise that increasing the IRS’ power to abuse citizens on behalf of those in power in Washington is being proposed yet again. It has been used many times to increase the power of big government and its advocates, a motive which overwhelms any observable interest they exhibit in the “General Welfare” of those they are supposed to serve. So this is just one more in a line of abuses by which the power of the income tax has, in Frank Chodorov’s words “reduced the American citizen to a status of subject.”

We should not limit our consideration of Chodorov’s insights to the abuses in the name of tax enforcement he predicted, but also the abuses such “domestic terrorism” enable, which stand in stark contrast to the principles this country was founded on.

The independence of the people is in direct proportion to the amount of their wealth they can enjoy. We cannot restore traditional American freedom unless we limit the government’s power to tax.

The government says…“Your earnings are not exclusively your own; we have a claim on them, and our claim precedes yours…whatever we grant you for yourself is for us to decide.”

The Sixteenth Amendment…gives the government a prior lien on all the property produced by its subjects.

The Constitution…barred the income tax. The Founding Fathers… had come by freedom the hard way and they meant to hold on to it.

A people that had but recently kicked over the traces because of taxes far less onerous would hardly have countenanced an income tax. They knew their freedom.

“All men are created free and equal” held in the matter of taxes…no group could be singled out by the government for special spoliation.

Every activity of government turned Santa Claus by the income tax…Thus, the immunities of property, body and mind have been undermined.

The Internal Revenue Bureau quite sensibly takes the view that every one of us is a potential lawbreaker…If this setting produces corruption, we must look to the law, not to the human beings involved, for cause.

The income tax, by attacking the dignity of the individual at the very base, has led to…perjury, fraud, deception, and bribery.

Before 1913…No candidate for Congress could offer his constituents gifts paid for by the citizens of other states…political jobbery was correspondingly limited in scope. When the government acquired this power of confiscating the national wealth, the corruption was limited only by the amount that expediency would permit.

Centralization of power, which the Founding Fathers feared and sought to prevent by constitutional safeguards, is made possible only by income taxation.

As a result of income taxation, we now have a government with far more power than George III ever exercised…The citizen is sovereign only when he can retain and enjoy the fruits of his labor…When the right of property is abrogated, all the other rights of the individual are undermined.

The general welfare is not improved by the increasing load of taxation. On the contrary, the upward climb of civilization is retarded in exact proportion to the levies.

Those in government who want to take your wealth for their purposes traditionally responded to complaints with “taxes are the price we pay for civilized society.” But Oliver Wendell Holmes said that before the income tax existed, when taxation was minuscule compared to today. Frank Chodorov saw how the income tax has dramatically increased our burdens and provided us less civilization, rather than more, in exchange. Plans to continue down that path at a far more rapid rate, as the Biden administration proposes, are doubling down on foolishness, yet may well occur unless Americans recognize them for what they are.

This article, Doubling Down on Foolishness, was originally published by the American Institute for Economic Research and appears here with permission. Please support their efforts.