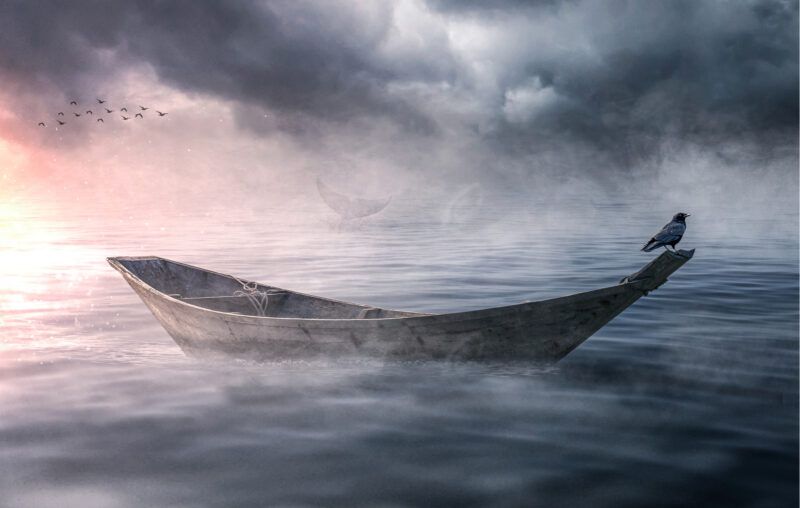 Professor Niall Ferguson, the celebrated British historian and now Milbank Family Senior Fellow at Stanford’s Hoover Institution, has written a long and dense book. It doesn’t feel like it, partly because the pages are Bible-thin and the prose is mostly in Ferguson’s engaging and pacy style. In Doom: The Politics of Catastrophe, Ferguson asks a central question that us sensible environmentalists ponder from time to time: if a record hurricane is unleashed on a barren and uninhabited island – is it still a natural disaster?

Even the most out-and-out environmentalist is forced to answer ‘no.’ Perhaps, goes a qualification, the next one might hit South Florida and so be a preview of terrible futures to come. Narrowly speaking, our hypothetical hurricane is not a natural disaster, despite its unprecedented force.

A real-world version of this happened last year as Super Cyclone Amphan made landfall in Bangladesh and northeastern India, which I wrote about at HumanProgress.org. Amphan was the strongest cyclone ever recorded and the most expensive storm to hit an already pretty poor region, struggling in the aftermath of the pandemic. Why, then, haven’t you heard about it? Well, one reason is that it killed no more than 128 people; no, class, that’s not 128,000, which just a few decades ago would have been a horrific but not unimaginable figure for this monsoon-rich region. Instead, this very real natural phenomenon, boosted or not by anthropogenic climate change, might still count as a natural disaster – but it illustrates that disasters, or “catastrophes” in Ferguson’s nomenclature, are a combination of the event itself and the human defense we can muster. We cannot study catastrophes apart from “the history of economics, society, culture, and politics.”

This is the point at the core of Doom, a point that Ferguson hammers home in many more areas than the pandemic-obsessed times into which the book is released. And Covid-19 features frequently throughout the book, much too frequently, even though the author admits that it’s way too early to write a history of an event that isn’t over. The chapters and the portions dealing with Covid-19 make the book feel a little outdated, as the best-available data, figures, and arguments for lockdowns or the virus’s origin of last fall – when the book was written – have been starkly revised since then. GDP figures look much less intimidating than they once did; lockdowns as a policy response is much less widely praised and the little evidence they had going for them are all but obliterated; the lab-leak hypothesis, now that President Trump isn’t president anymore, has moved from mad conspiracy theory to prime candidate. Speaking of travel restrictions, Ferguson smugly notes that

“In the first half of 2020, most countries closed their borders to foreign travelers entirely, and the remainder did so partially. Never have so many stable doors been shut after the horses had bolted.”

The book is a mixture of Ferguson’s typical grasp of history’s long arc and Nassim Taleb’s emphasis on asymmetry and non-normal distribution – sprinkled with illustrative examples from Ancient Greece to the Black Death to Daniel Defoe and Richard Feynman. Plenty of topics that Taleb made popular in his Incerto series make appearances, such as ‘black swans,’ power law distributions, antifragility, and the inability to predict timing and magnitude of disasters from past events.

A diehard environmentalist will probably stumble at the many jabs Ferguson takes at their creed, a topic that isn’t centrally discussed in a book about catastrophes, but only on occasion alluded to. On species going extinct, Ferguson points out that “around 99.9 percent of all species ever to have inhabited Earth have become extinct.” For Gaia-centric believers, this is heresy: “a natural disaster is a disaster in terms of human lives lost only to the extent of its direct or indirect impact on human settlement.” He also ridicules notions of settled science, as plenty of despicably erroneous things have been – eugenics and “racial hygiene” among them. One is particularly damaging to the crowd that thinks climate change is an all-hands-on-deck situation:

“In recent years we may have allowed one risk – namely climate change – to draw our attention away from the others. In January, even as a global pandemic was getting under way – as flights laden with infected people were leaving Wuhan for destinations all over the world – the discussions at the World Economic Forum were focused almost entirely on questions of environmental responsibility, social justice, and governance (ESG), with the emphasis on the E.”

While Ferguson accepts and admits the climate risk, he concludes that “climate change cannot be the sole threat we prepare for.” A few pages later he even implies that the next disaster won’t be climate change since we are already hyper-focused on that risk: we “rarely get the disaster we expect” – in no small part because we monitor it, and take precautionary measures targeted to it.

Not everything is great. Chapter 4 is mind-numbingly boring, beginning with a long recap of his 2018 book The Square and the Tower (in turn a summary of network science applied to history) followed by a recount of how viruses and bacteria spread, all delivered in the tone of a biology textbook. Gone is the exciting historian we’ve gotten to know and admire over the last three decades, replaced with the written equivalent of a grey-haired monotone lecturer.

Chapter 6, ‘The Psychology of Political Incompetence,’ isn’t much better, featuring what seems to be everything but ostensibly about how bureaucrats sometimes have more influence over leaders than we think. Promisingly, we see the Great Man theory debunked, and Ferguson shows how incompetence can show up at the top, the middling ranks, or a combination thereof in the creation of a disaster. And then we turn to democracies and war, and democracies and famines. If democratic accountability, per the economist Amartya Sen, is so good at avoiding famines, and natural disasters are not different from man-made disasters, Ferguson asks the correct question:

“[I]f famines can be successfully avoided, or at least mitigated, when governments are more accountable, why is the same not true of earthquakes, floods, wildfires, or pandemics? Why should voters be effective in holding democratic governments responsible for ensuring a supply of affordable food, but not for keeping the air or water supply free from lethal viruses[…] [W]hy do democratic governments avoid one kind of disaster – famines – more successfully than others?”

He never gets around to answering that intriguing question, opting instead for a dive down British military preparations, Churchill, and World War I, and distracting himself with the rise and fall of Rome, Napoleon and Ming China. Even an above-average reader with an interest in Ferguson’s topics would be excused for wondering what in the world this was all about. At least the chapter’s title was good.

“The lesson of history,” Ferguson eagerly argues, “is that biological and political contagions often coincide.” The 2020 pandemic was followed by political uproar across America – riots, protests, an infected election and the storming of the Capitol in January 2021. How we prepare and what we do with the worldly events that face us matter: even catastrophes that stem from pathogens or poor harvests are man-made, a message for which Ferguson’s fidgitive book only narrowly succeeds.

This article, Doomed by Politics, was originally published by the American Institute for Economic Research and appears here with permission. Please support their efforts.