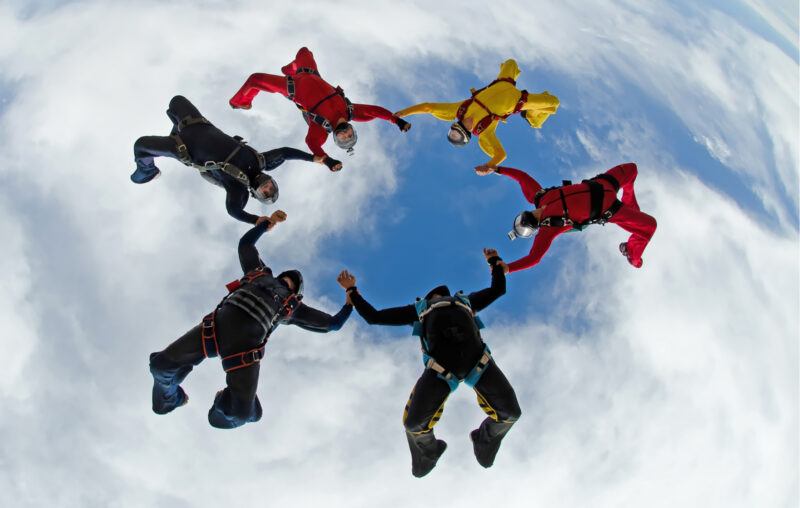 With the new Delta variant, Covid-19 cases are increasing rapidly across the country (Johns Hopkins University CSSE). These developments have led to calls for reimposing various mandates, with veiled threats of renewed nationwide lockdowns. My previous post (“Covid Policy and Outcomes,” August 2, 2021) demonstrated that policies like lockdowns (shelter-in-place policies) and social distancing guidelines were not only futile, but even counterproductive. For now, the emphasis is on mask mandates. But it is worthwhile to further reexamine lockdown policies, lest there be more calls to reimpose them.

Casey B. Mulligan examined the relationship between group size and private efforts to avoid infections (“The Backward Art of Slowing the Spread? Congregation Efficiencies during COVID-19.” Working Paper No. 20021-51, April 2021 [Becker-Friedman institute]). In response to the pandemic, authorities shut down most businesses, many schools, and other places where crowds congregated. It was done on the “compelling theory” that the disease would spread more quickly in such venues (1). The population was urged, in some cases, compelled, to stay at home (SIP).

Mulligan developed a model in which private, rational efforts to prevent disease in organizations can make them safer than in one’s home. He noted that “disease prevention is an industry whose organization is a topic especially suitable to economic analysis” (1). Prevention has a cost, but also yields potential benefits in disease reduction (5). Organizations, like firms, monitor activities of their workers. Among other things, this monitoring manages local externalities and public goods. Individual efforts to reduce the spread of disease fall into these categories. There are economies of scale in monitoring (6-7).

“Businesses, schools and other organizations implemented protocols to slow the spread of COVID-19 that were rarely, if ever, implemented in households.” These included physical barriers, positive assortative matching (e.g., screening and quarantining in hospitals, and limiting contacts), and social distancing. Masking was universal in all organizations studied. Some measures were specialized to certain industries, such as airflow control and filtering (for airlines and hospitals). Hospitals and schools put workers and students in pods. The University of Illinois developed and administered its own rapid Covid-19 test. Many of these protocols involve scale economies not available to households (14).

Mulligan presented some case studies. Duke Health system is a complex of hospitals and clinics in 10 counties of North Carolina, employing more than 21,000 workers. Six weeks after the implementation of disease-prevention protocols, work-acquired infection rates “almost stopped,” while cases continued in the outside community. “An hour worked in the Duke Health system went from being more dangerous than an hour outside work to being more than three times safer” (16).

Food processors, which remained open as essential businesses, were “notorious spreaders of COVID-19.” Mulligan reported on a study of eleven meat processing plants in Nebraska. Before their mitigation protocols, employees were being infected at 15 times the rate of other residents of surrounding counties. After implementation of the protocols, the rate fell to approximately 3 times (18).

Mulligan presented the results of studies of schools and school systems that remained open for in-person teaching. The infection rate for North Carolina schools was 23% of that of the wider community. Children were safer in school than at home. On campus students at the University of Chicago were infected at a rate that was nine percent of the City of Chicago (22).

The bottom line of these and other studies brings into question the theory that keeping people apart protects them. Keeping them apart also keeps them away from prevention methods used by large organizations, but not generally by households (21).

Simply put, home is where people most often catch Covid-19. Mulligan quoted a 2020 study that “households are high-risk settings for the transmission of [COVID-19]”; and he quoted a 2021 study that “households show the highest transmission rates” (27). To restate the author’s logic, large organizations are inherently more dangerous than households because they intermingle more people. But those controlling such organizations typically implement protocols, which reduce the risk of infection. In fact, in many cases they can reduce the risk below that in thinly populated households. The reason that is possible is that there are economies of scale in implementing such protocols, economies not available to households. “Shutting down such enterprises amounts to an in-kind tax on disease prevention” (27).

He summarized that, for primary and secondary students and staff, infections were twenty times more likely to be traced to the community rather than to someone else in the school. Covid-19 prevalence among on-campus university students is much lower than in the broader population. and working in hospitals may be safer than staying at home (27).

None of these examples seem to involve any government mandates. Entrepreneurial and managerial capital was deployed to discover disease-reducing techniques. Scientific knowledge was certainly utilized, but the efforts were not the outcome of top-down mandates by scientific experts.

As further research into the actual effects of the widespread, coercive policies implemented in the wake of the pandemic appears, one hopes there could be a dispassionate reassessment of the policies. There was widespread agreement that we had to give up freedoms to save our health. Together, the papers I’ve reviewed in two posts suggest that more freedom leads to better health.

This article, Don’t Stay Home, was originally published by the American Institute for Economic Research and appears here with permission. Please support their efforts.