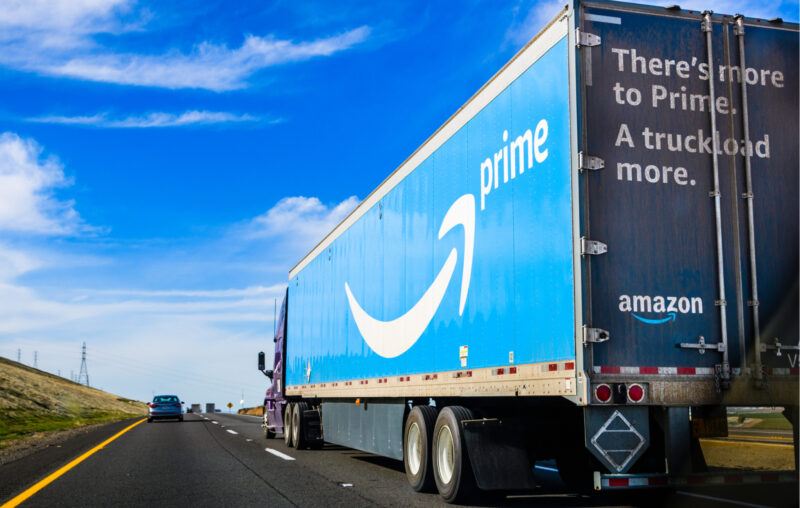 Every week seems to carry a news report of working conditions at Amazon warehouses. The reports are generally, if not always, negative. Recriminations cover the length of work days, the level of wages, the level of occupational injuries and the pace of the work.

To be sure, large companies often get slammed for working conditions even if – after scrutiny – it appears that they offer higher wages than comparable industries. Historically, pretty much every industry has been accused; from the textile factories of Britain to the coal mines of Progressive era America. Add in “sweatshops” today and one rounds up the list. In all cases, there are important works of economics and economic history showing that workers gained substantially compared to available alternatives. However, Amazon does seem to stand in contrast to these examples as wages do appear to be lower than in comparable industries (i.e. warehousing) and wage trends at Amazon appear to buck national trends in warehousing.

How can one make sense of Amazon’s apparent exceptionality? One group of economists argues that there is a simple explanation: Amazon is huge. And by huge, what they mean is that it weighs so heavily in the labor market for unskilled and semi-skilled workers that it gets a form of market power. That market power, in turn, gives it the ability to be a wage-setter for the entire market. In other words, it acts like a monopsonist – a unique demander. As a monopsonist, Amazon gets to maximize its profit by restricting the quantity of labor demanded so that wages are lower than they would be if there was strong competition.

Another version of that argument is that because it has such a large share of the market for products (e.g. books), Amazon can increase its profits just like any monopolist. Here, the twist is that restricting outputs to a profit-maximizing level occurs through the hiring of fewer workers (for fear of driving up wage rates).

Both versions of the “Amazon is too big” argument amount to a simple claim that size gives Amazon a wage-setting capacity.

Such arguments should not be dismissed too casually. There is good economic logic behind them. The question of whether they are correct is entirely an empirical question. And to be sure, there is good empirical evidence for the claim that Amazon has some form of monopsony power. The problem is that many individuals (pundits and scholars) take this finding as an indictment of markets in general.

This is where they are wrong. The reason for my dissent is quite simple: monopsony power depends crucially on the lack of “exit options” for workers. Take the classic labor market example for a monopsony: the 19th century company town. A company town was a municipality where all stores and housing were owned by the town’s only employer. Generally, the employer was a mining firm operating in geographically remote areas. In that setting, one could claim that the employer had a monopsony. However, economic historians like Price Fishback showed that workers in these towns had to be lured from very distant areas. This meant that wage rates had to be high enough to lure workers to come work in company towns. And wages were high. Moreover, the company-owned stores in company towns tended to lower prices, all else being equal, in order to help attract workers. If not, workers could leave to other cities or other company towns elsewhere in the country. Workers had exit options.

In other words, because workers were mobile, firms in company towns in the middle of nowhere had to offer wages in line with those at the national level rather than the local level. It was the mobility of workers that prevented these firms from having any economically relevant market power. Without a great ability of workers to move, larger firms can acquire a wage-setting ability.

Today, America (and other Western countries) is quite good at reducing mobility and therefore it is entirely possible to claim that Amazon’s weight in local labor markets gives it a wage-setting power.

How is America reducing mobility? Land-use regulations, zoning laws and building codes make housing supply more inelastic. As a result, the highest productivity centers of the country (i.e. cities) are inaccessible to workers in lower productivity areas. In a 2019 paper in the American Economic Journal: Macroeconomics, Chang-Tai Hsieh and Enrico Moretti call this “spatial misallocation of labor.” By adopting stringent restrictions to new housing supply, the greater productivity of cities is capitalized at a higher price for already existing housing units. This makes it hard for workers to move to the city unless the wage gains are large enough to compensate for the higher cost of housing. Phrased differently, this means that a worker in a particular area is faced with a smaller set of exit options. Employers in the area where that worker is located know that he is far less likely to leave than if housing supply in cities was less regulated (and more elastic).

In addition to the massive cost from “misallocating” workers geographically (which Hsieh and Moretti argue represent 1/3 of the economic growth enjoyed by the US between 1964 and 2009), these barriers also create the conditions for Amazon to possess the wage-setting ability that many condemn. Indeed, Amazon’s debated wage-setting ability is conditional on its size and on the limited mobility of workers. The latter is a function of bad governmental policies that make the housing supply more inelastic!

Phrased as such, the debate over the problem posed by Amazon’s size (again, one can dispute whether there is really a problem) is cast in a different light. Remedies such as using antitrust legislation or implementing additional regulations would amount to the pyromaniac acting as firefighter. After all, the problem may simply be caused by too much government intervention in the first place.