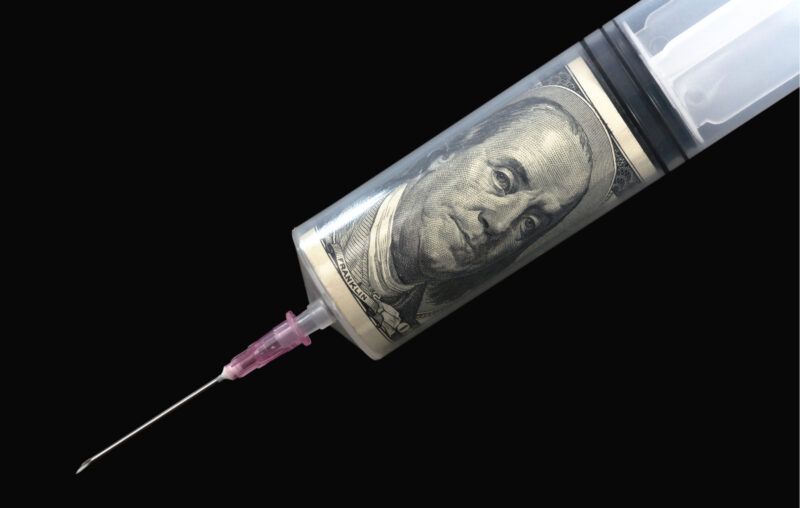 Monetary economists believe that the growth rate of the money supply is an important determinant of short-run economic outcomes. Good monetary policy can help minimize volatility and keep the economy on a stable growth path. Bad policy, in contrast, can worsen economic downturns and misallocate capital investments.

Some economists and pundits dismiss the role of monetary policy as either purely mechanistic or simply unimportant. History shows, however, that discretion in monetary policy does matter and that mistakes by the Federal Reserve can have catastrophic effects on the U.S. economy.

The banking system plays a key role in this process. In response to lower interest rates, banks are more likely to create new bank loans, which expand the money supply and increase spending in the economy. The relationship between interest rates and bank lending is vital to the operation of the Fed’s monetary policy.

Textbooks often assume the Fed’s interest rate policies will have important effects on lending and the money supply. But how effective are such policies in practice?

Many economists seem to have a mechanical view of the economy in which the Fed uses interest rates to determine inflation and unemployment. In this view, the Fed sets interest rates at a level that Fed officials believe will accomplish their inflation goals, often based on some formula or monetary rule. Inflation then determines the rate of unemployment through the Phillips curve, the basis of practically all Fed models.

Yet, as AIER contributors have pointed out, the Fed does not set market interest rates. It merely targets a range for the federal funds rate with the hope that short-term interest rates will affect broader measures like bank lending and total spending. Nor does the Fed follow a monetary rule in practice.

Since 2008, the Fed has also engaged in quantitative easing (QE) programs aimed at influencing long-term interest rates and broad monetary aggregates. Research on the effectiveness of these programs shows mixed results.

Some argue that Fed policy has no effect at all on lending. In this view, the Fed has zero influence on market interest rates or total credit in the economy. Monetary policy, therefore, does not affect aggregate demand, inflation, or total economic activity.

On the contrary, most economists believe that monetary policy has had important effects on the economy, especially when Fed officials got their policies wrong. Poor Fed policy was a major cause of two of the largest economic disruptions in US history: the Great Depression of the 1930s and the Great Inflation of the 1970s.

The reality appears to lie between these two opposing views: Fed policy has effects on the margin. When Fed policy is able to effectively lower (or raise) the interest rates that banks pay to each other or the rates on safe assets like short-term U.S. Treasury bonds, this lowers (or raises) banks’ costs of borrowing and lending. A slightly lower interest rate, in turn, makes it easier for businesses to borrow, while a higher rate makes them less likely to borrow.

Of course, not all businesses will change their borrowing behavior due to small changes in interest rates. Only the marginal businesses, which were already on the fence about whether or not to take out a loan, will be affected by the change.

This moderate view – that Fed policy has some but not complete influence on lending – is the most consistent with historical evidence. Prior to the 2008 financial crisis, the Fed did not set interest rates directly but simply targeted the federal funds rate by buying and selling Treasury bonds. In the decade after 2008, the Fed paid a higher rate on bank reserves than was available on other safe assets, which encouraged banks to hold more reserves and discouraged lending. Monetary growth since the pandemic has had only limited effects on lending, although it may be too soon to judge the ultimate effects of these policies. In each of these cases, the Fed influenced lending and money but did not fully control them.

The seen and unseen

Milton Friedman likened good monetary policy to a thermostat which automatically adjusts when the temperature is too low or too high. Likewise, the Fed should hasten or slow money growth as needed in order to keep the economy on a smooth path with only minor deviations from its stable growth trend. Just as a thermostat will not control the temperature outside, the Fed cannot change the real fundamentals of an economy. But that doesn’t mean the thermostat and the Fed have no effect on anything.

If a thermostat does its job, it will regulate the temperature inside. Likewise, if the Fed does its job, it will regulate the supply of money. A well-functioning thermostat makes it appear as if there is no relationship between outside temperature and inside temperature. A well-functioning central bank makes it appear as if nominal shocks have no effect on output and employment. In both cases, the apparent lack of a relationship results because the device is working well to offset external forces. The relationship is only visible when the device works poorly. The effects of good monetary policy go unseen. The effects of bad monetary policy cannot be ignored.

Unfortunately, the Fed’s actual performance has not been ideal. Its monetary policy mistakes have had dire consequences for ordinary Americans and the US economy. Those mistakes make it clear that monetary policy matters.

This article, Does Monetary Policy Matter?, was originally published by the American Institute for Economic Research and appears here with permission. Please support their efforts.