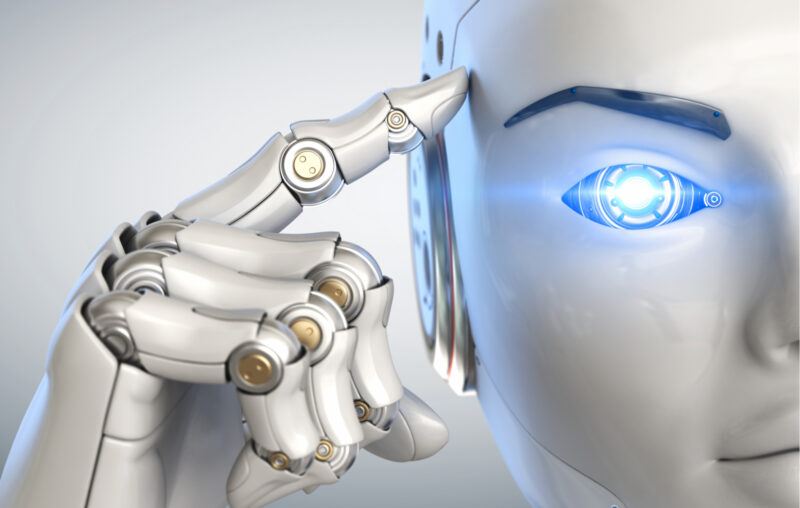 Between the Cold War, the collapse of the Soviet Union, and Mao’s Red China, communism may appear to be an archaic relic from the past. Unfortunately, this is not the case. Despite its legacy of genocide and horror, communism, like socialism, is trending upwards, riding a wave of positive public opinion on the backs of the ill-informed.

We see this in popular literature. Leigh Phillips’ The People’s Republic of Walmart (People’s Republic) and Aaron Bastani’s Fully Automated Luxury Communism, (Luxury Communism) argue that, unlike in the Soviet Union, modern technology makes communism, or, as the authors see it, an economy managed entirely by the government, not only possible but preferable.

Both authors could use a lesson in the history of economic thought. It is clear the authors are repackaging socialist arguments from an already settled debate, otherwise known as the economic calculation debate.

At the start of the 1920s, the Soviet Union emerged on the international stage. Soviet economists began spouting the merits of central planning, capturing the admiration of powerful politicians and academics across the United States and Europe. Meanwhile, ideals of laissez-faire and liberalism seemed to disappear.

However, the Austrian economist Ludwig von Mises challenged this wave of Communism with his seminal essay, “Economic Calculation in the Socialist Commonwealth.” Mises informed the Soviets of one thing: rational economic calculation under a socialist commonwealth is impossible.

In other words, without prices, central planners would not be able to decide what, or how much to produce.

A few years later, well-known socialist economist Oskar R. Lange rose to Mises’s challenge with his market socialist model. While Lange acknowledged the importance of prices, his model required that the state own non-labor factors of production and control investments, letting the market allocate labor and consumer goods. Yet, a “central planning board” was responsible for setting and adjusting the prices of consumer goods based on shortages and surpluses in supply.

In Lange’s vision, this system of “trial and error” mimicked the actions of a market economy while allowing for economic adjustments in the name of social welfare. The economics community, enticed by the illusion that they could control the economy, swallowed Lange’s ideas whole. In their eyes, Lange had won the debate.

Enter another concerned Austrian, Friedrich Hayek, with his seminal article, “The Use of Knowledge in Society.”

Hayek responded to Lange’s market socialist model by bringing global attention to the market’s role in disseminating knowledge throughout an economy.

The knowledge of the circumstances of which we must make use never exists in concentrated or integrated form…but solely as the dispersed bits of incomplete and frequently contradictory knowledge which all the separate individuals possess.

In other words, the type of knowledge needed to make production decisions is dispersed through all of society, and cannot be captured by any single entity. It is ever-changing and exists in our heads.

Hayek’s work on economic knowledge revealed central-planning’s Achilles’ heel. Lange’s model could never capture this information and was doomed from the start.

Despite Hayek and Mises’s eviscerating arguments, it wasn’t until the collapse of the Soviet Union and the rise of Reaganism and Thatcherism that support for the free market became mainstream. For example, the most popular post-WWII economics textbook in the Western world, Economics: An Introductory Analysis, by Paul Samuelson, wrote glowingly about the Soviet Union’s economy.

Strikingly, as the USSR was beginning to unravel, Samuelson still maintained that “the Soviet economy is proof that, contrary to what many skeptics had earlier believed, a socialist command economy can function and even thrive.”

Even today, the core lessons of the economic calculation debate are still not widely known among economists, let alone the public.

Clearly, we have not learned from history as books like Luxury Communism and People’s Republic still exist today.

First, People’s Republic suggests that economic planning in large firms (i.e., Amazon, Walmart, etc.) provides an alternative model by which governments could more equitably and effectively allocate resources. He claims that some of the most successful and innovative firms do, in fact, utilize planning.

With scattered and incongruous references to the companywide operations of Amazon, Walmart, and Google, Phillips insists that the foundations for a global, democratically-planned economy have already been laid.

Nonetheless, Phillips’ argument is centered around an overly simplified version of the economic calculation debate that focuses exclusively on the ability of markets to generate information. As such, People’s Republic fails to recognize that the type of information utilized within firms to allow for internal planning is made possible by the free-market system.

Conflating the undeniable success of planning within firms to planning singular, economy-scale enterprises is a risibly false extrapolation.

While the argument of People’s Republic centers primarily on the examples of internal planning within firms and the increasing availability of information, Luxury Communism looks instead to new developments in technology to suggest that a post-scarcity society is possible, but only if we abandon contemporary capitalism.

Arguing that capitalism’s logical basis in scarcity will clash with technological progress, Luxury Communism anticipates widespread structural unemployment, terminal underconsumption, and rising wealth inequality with advancements in energy, biotech, and automation. In the midst of massive supply-chain disruptions and a widespread surge in energy prices, many would gladly welcome the decline of scarcity that Luxury Communism anticipates.

Yet while professing the possibility of a “post-scarcity” society, Luxury Communism fails to give capitalism much credit for moving billions out of poverty and improving living standards. Instead, the book criticizes the logic of capitalism and the economic assumption of scarcity, misunderstanding its role in spurring innovation.

Further, it is important to remember that the vision the Bastani is selling us is purely speculative. There is no reason to believe that we will ever eliminate scarcity, any more than we can overcome, say, gravity. It will always be there.

That Bastani uses this speculative utopian vision to “dress up,” and rebrand, the husk of communism is of particular concern. Despite its horrific past, the popularity of these books and others demonstrates the pull that long-defenestrated ideologies may nevertheless harness.

Praying for a History Lesson

Modern proponents of communism need a history lesson. They should start with Rivalry and Central Planning by Don Lavoie, which details the economic calculation debate in full form. Just as was true in the economic calculation debate, People’s Republic and Luxury Communism remain a consequence of the ongoing intellectual failure of central planners to recognize Mises and Hayek’s criticisms of socialism.

Rational calculation under socialism is impossible. The knowledge required to successfully plan an economy is unknowable by a single entity, rendering the endeavor of central planning eternally futile, no matter how fancy technology becomes.

It is fitting to end with the words of Lavoie, who states in National Economic Planning: What Is Left?

Today the radical ideology of planning is bankrupt. All that remains are meek suggestions to try yet one more variation on the century’s dominant theme of noncomprehensive planning. But this policy does not resolve the knowledge problem; it merely substitutes a form of destructive parasitism on the market process in place of its earlier unachievable goal of dispensing with the market process altogether…Radicals have let their past belief in comprehensive planning push them, by virtue of their utter failure and their unquestioned aversion to free-market institutions, into irreconcilable conflict with their own goals.

Let us hope that one day proponents of communism can find it within themselves to finally listen to Mises and Hayek, free themselves from the chains of planning, and embrace what is truly radical: free markets and a free society.

This article, Does Modern Technology Enable Communism?, was originally published by the American Institute for Economic Research and appears here with permission. Please support their efforts.