Do We Need Patents? A Look at Biological Innovations in 19th Century America 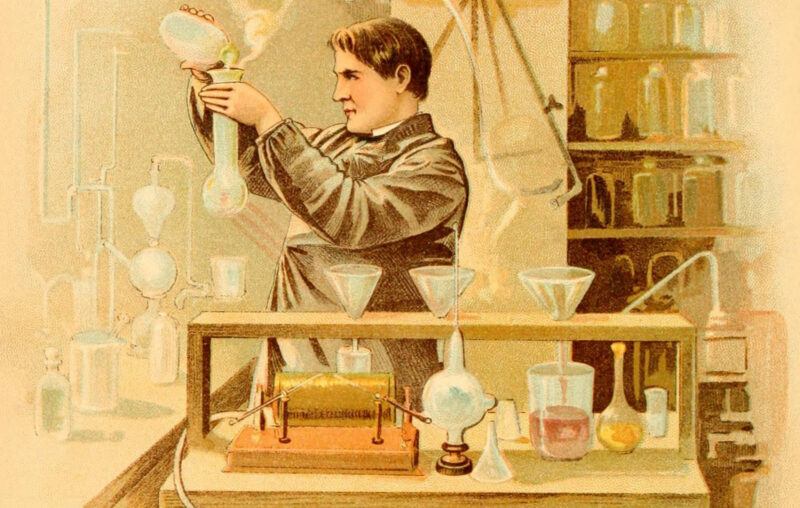 With the pandemic waning in large part due to the rapid emergence of vaccines, many have become acutely aware of the importance of research and development in improving living standards. Alone, this should be a valuable awakening as many tended to take the generation of new techniques, technologies and ideas as a mechanical process that kept going year-in and year-out. Many, from right to left, have also acknowledged the role of governments in hindering the process of researching and developing vaccines. As many would be more sensitive to the role of governments, this might also be an opportunity to question how governments incentivize research through intellectual property rights (notably through patents).

Generally, the case for intellectual property rights is tied to incentives. New ideas can be easy to copy. When this is the case, an inventor who invested years of research efforts will see his new idea be rapidly copied and he might not be able to profit from his idea. In such a case, the potential inventor decides to sit on his idea as there are few fruits to be picked. Overall, fewer inventions and innovations make it to the market and economic growth is slower than it could have been.

Patents are a corrective to this issue by providing a temporary monopoly to the inventor. Even though monopolies involve resource misallocation, the welfare losses from these temporary barriers to competition are outweighed by the gains from greater innovation. This argument, as Paul Rhode points out, has been relied upon in recent US Supreme Court judgements (such as Bowman v. Monsanto Co. in 2013).

Critics of patents make two sets of arguments. First, they point out that this logic only applies to specific cases of costly innovations that are cheap to copy. The most recurrently used example of such an innovation is that of new pharmaceutical drugs which take years to develop but whose chemical components are easy to identify. However, the problem is irrelevant when either copying or innovating are cheap activities to undertake. Second, critics point out that the underlying argument rests on the impossibility of excluding copiers. However, “excludability” can be produced without governments. For example, industrial and trade secrets may raise the cost of copying sufficiently to deter it. As way of another example, firms invest in building good reputations through brand recognition. In turn, branding allows a firm to charge higher prices. If it is costly for a copier to build an equivalent reputation (or if it is impossible to charge a price low enough to offset the absence of reputation), then the excludability problem is solved without the need for patents.

The arguments for and against patents are as old as the patent system itself. However, new research in economic history suggests that the case for patents is not as strong as one might believe it to be. This new research is provided by Paul Rhode in the Journal of Economic History, who studied the case of biological innovations in 19th century America.

Biological innovations in the 19th century were like pharmaceutical drugs today: costly to develop and cheap to copy. After years of cross-breeding and tinkering to create new varieties of wheat or cotton, all that is necessary for copying is to get ahold of seeds (and avoid cross-pollination). An expert on agricultural economic history, Rhode (along with Alan Olmstead) had already pointed out that these innovations were behind important growth in productivity. For example, new cotton seeds introduced in the Antebellum South caused a four-fold increase in cotton picking rates because the new varieties made it easier to get the cotton.

These new seeds were developed with little use of the patent system that existed at the time. Using seed prices reported in newspapers, Rhode found exactly what the proponents of patents argue: initially high prices that collapse sharply as people copy and replicate the seeds. However, the case for patents implies that once people are aware of the inability to get the benefit from innovation, they should stop innovating. Yet, Rhode found that innovation continued.

To explain this continued innovation process, Rhode points out that new discoverers built up supplies of new seeds and engaged in a one-time release of the new seeds which they aggressively advertised in newspapers at an initially high price. By determining the initial quantity to be issued on the market, innovators were essentially picking the price they wanted (constrained by the demand for seeds). As such, they could profit from the initial sale to an extent sufficient to warrant the innovative effort. Once the first seeds were sold, the price then dropped. The higher price levels from the first few years of a new seed were sufficiently high to allow innovators to rack up important profits even for seeds that modestly improved cotton productivity.

There were also complementary ways to increase profitability from introducing new cotton varieties. As Rhode points out, seed breeders rather “sought long-run reputations” to build trust in their products. This is akin to the brand recognition argument highlighted by critics of patents. They also bundled their services with other commercial endeavors such as “selling fertilizers or publishing farm journals” in order to increase their profitability. Anyone who wanted to match the profitability of the innovators would have had to copy the entire bundle of goods. This essentially raised copying costs (especially when the different activities in the bundle were complementary). Thus, there were mechanisms to generate enough profit to make innovation worthwhile in ways that complement the main argument of Rhode.

This finding is an important one given the great economic similarities between 19th century biological innovations and other innovations (e.g. food and drugs) today. Considerable resources are expended in the regulatory process to obtain (and defend) patents which may be unnecessary incentives to innovation. In the process, we may end up deterring innovation. With our presently heightened sense of the importance of research and development in setting our living standards, this possibility must be seriously taken into consideration.

This article, Do We Need Patents? A Look at Biological Innovations in 19th Century America, was originally published by the American Institute for Economic Research and appears here with permission. Please support their efforts.