Do Not Trust the Cargo-cult Science 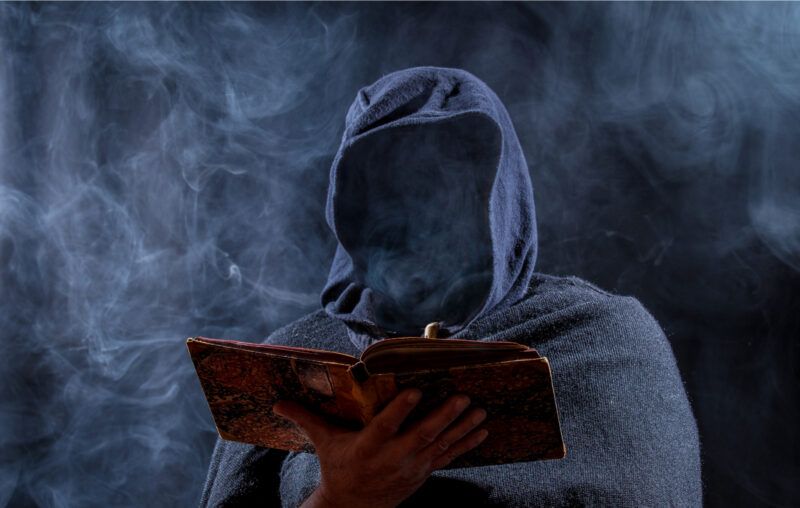 After World War II, Pacific Islanders supposedly made headphones and microphones out of coconut shells and sticks in a futile attempt to call back the U.S. Army’s planes with their unprecedented supply of food and goods. Physicist Richard Feynman used this example to coin the phrase “cargo cult science,” meaning actions that mimic scientific behavior while being at best pseudo-science and at worst religiously cult-like. In this Covid pandemic era, “trust the science” has become a religious invocation used by contemporary cargo-cult scientists to shut down legitimate debate, stigmatize skeptics of (a nonexistent) scientific consensus, and camouflage politically motivated policy changes as gains in scientific knowledge.

Users of the phrase are quick to acknowledge that science is not an immutable body of knowledge, but this creates an irresolvable conflict for them. When scientists are grappling with an unfamiliar issue and our knowledge is developing rapidly, a reasonable person cannot abandon a degree of skepticism and wholly commit themselves to the scientific knowledge of the moment. But having done so, one needs to find an excuse to avoid admitting error, and more importantly, to avoid admitting that one’s opponents might have been right.

So in the face of smug, “I told you so” critics, those who trusted too strongly in temporary scientific “knowledge,” switch to emphasizing that science evolves. They use this change as prima facie evidence that the science is working. It is true that scientific knowledge evolves. Indeed it is a simplistic truism, and that makes it strategically useful, suitable for deployment regardless of the actual cause of the change in the publicly reported scientific opinion precisely because it cannot be gainsaid. So, for example, when an Anthony Fauci switches from opposing mask-wearing to supporting mask-wearing, it can be camouflaged as appropriately developing scientific knowledge, even though it is known that his real motivation was concern about the supply of medical-grade masks.

When the science can never be wrong, cargo cultists are in charge.

But because status quo scientific knowledge on new issues is contingent and ever-changing, there is nearly always no true consensus on the current body of knowledge. Because “trust the science” really means “trust the scientific knowledge my favored scientists currently believe,” the cargo cultist cannot accept that critics of any alleged consensus are part of that standard process of change. Instead, those critics must be delegitimized. And any skeptic who relies on the arguments of these often highly qualified scientists must be stigmatized as anti-science. And if those scientists turn out to be right, their role in the process must be kept from the public record.

When the science requires relying only on a favored set of scientists who are treated as infallible priests, cargo cultists are in charge.

Finally, credentialing is important to the cargo cultists, but they are inconsistent in their credentialing demands. For example, non-epidemiologists are not allowed to speak to epidemiology, excepting, that is, the physicist Neil Ferguson, but not excepting economists, although epidemiology is built on models pioneered by economists and understandable by any social scientist who’s done modeling. And the value of credentials is dismissed entirely when highly qualified scientists dissent from the claimed consensus.

Even more, credentials are wholly disregarded when favored scientists without public policy credentials propose policy based on their current scientific beliefs. Public policy is a challenging field, because humans are contentious critters that don’t always behave as you assume they will, and because the natural world and the interactions of its various parts are known only imperfectly. Masking surely has some benefit, but no policy expert believes everyone will wear a reasonably functional mask, or wash their mask daily, or always avoid touching their masks, or wash their hands each time they touch it. Yet these are the prescriptions on which mask policies are built. You should not be surprised that one of the most common phrases in public policy is “That’s not what we meant to happen.”

In addition, public policies always involve tradeoffs. There are no benefits without attendant costs, and a good policy analyst must consider not simply the value of the intended benefit but whether that value actually outweighs the unavoidable costs. This is one of the most complex problems in the sciences, natural or social. This is because costs and benefits are subjective and consequently unknowable. Therefore all benefit-cost analyses are just more or less accurate fictions, with a margin of error that is literally unknowable.

Very few scientists have any inkling that public policy even involves such complexities, much less having any understanding of how to manage them. Like all of us when we step outside our fields of expertise, they are no longer experts. Mostly they are no longer even marginally competent, although the biases of human cognition often hide this truth from them.

Trust the science? I am a staunch advocate of the scientific method. But slogans are not science, and they serve primarily to hide weaknesses rather than reveal strengths.

This article, Do Not Trust the Cargo-cult Science, was originally published by the American Institute for Economic Research and appears here with permission. Please support their efforts.