Diversity, Equity, and Inclusion in the Economics Classroom 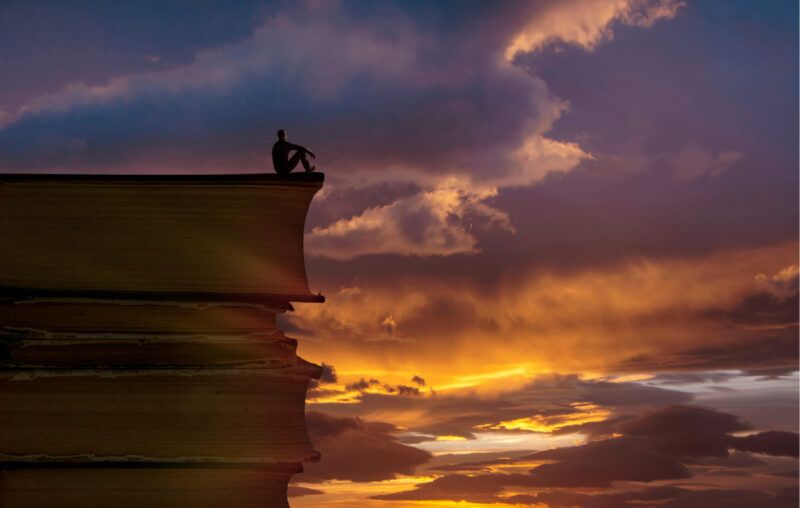 Colleges and universities are prioritizing Diversity, Equity, and Inclusion (DEI) initiatives. This should be the moment economists have been waiting for our entire careers, because these are areas where our tools and insights can really shine. Here are a few ways I have incorporated, and hope to incorporate these ideas into my economics classes. Marginal Revolution University has a fantastic “Women in Economics” series, for example. The Chinese Economist Society, the National Economic Association, the American Society of Hispanic Economists, and the Association for Economic Research of Indigenous Peoples, Scalia Law’s Tribal Law Initiatives, and the Hoover Institution’s Renewing Indigenous Economies Project offer copious resources. In the video below, the economist Trevon D. Logan explains a lot of his work on health disparities, educational disparities, and the role of political representation. Logan’s political representation work is especially interesting because it shows how changes in the distribution of political power change public policy priorities.

Now here are a few things I have spent some time on in the classroom.

How the Dismal Science Got Its Name.

We’re not “dismal” because of Malthusian predictions or excessive pessimism. We’re “dismal” because nineteenth-century economists argued that institutions, not race, determined the wealth of nations. Institutions and the Bourgeois Deal, not race, do the heavy lifting when we’re trying to understand why people in some places are very rich while people in other places are very poor.

Racism and Interventionism in the Progressive Era.

Thomas C. Leonard’s Illiberal Reformers: Race, Eugenics, and American Economics in the Progressive Era is a revelation (I review the book here). It turns out that a lot of the unintended and lamented consequences of things like price controls and workplace safety regulations were actually intended and celebrated consequences in the eyes of Progressive Era social scientists. These rules weren’t there to protect women, children, and the very low-skilled from rapacious, exploiting employers. They were there largely to protect white men from their competition. Leonard quotes Sidney and Beatrice Webb, who said that the unemployment intervention created was “not a mark of social disease, but actually of social health.”

Many Progressive Era reforms were aimed at Southern Europeans and Asians. In 1900, Stanford University’s Edward A. Ross angered Jane Stanford, widow of Leland Stanford by criticizing Chinese workers. Ross described the event that led to his dismissal (quoted by Phillip W. Magness here):

I tried to show that owing to its high Malthusian birth rate the Orient is the land of ‘cheap men,’ and that the coolie, though he cannot outdo the American, can under live him. I took the ground that the high standard of living that restrains multiplication in America will be imperiled if Orientals are allowed to pour into this country in great numbers before they have raised their standards of living and lowered their birth rate…In thus scientifically co-ordinating the birth rate with the intensity of the struggle for existence, I struck a new note in the discussion of Oriental immigration which, to quote one of the newspapers, ‘made a profound impression.’

In addition to a narrow focus on labor market institutions, this quote in particular suggests a very interesting direction for discussions of academic freedom as Ross’s dismissal ultimately led to the creation of the American Association of University Professors. Economists are big fans of competitive and open markets. How does this relate to academic freedom, and importantly, how does it relate to academic freedom when the ideas being promulgated are flagrantly and unapologetically racist?

Division of Labor, Comparative Advantage, and Gains From Trade.

For almost all of our existence, people have seen people from outside their tribes as threats, and perhaps for good reason: there was a good chance they would kill us and take our stuff. This carries over to today in anti-foreign bias. It has been said, however, that in a free market, diversity and difference are blessings rather than curses. The more people differ in tastes and talents, the more opportunities we have to gain from trade. People from different “tribes” might not watch football or pray together (or even like each other), but commercial institutions encourage them to cooperate to mutual advantage. In this video, you can watch my younger, not-bespectacled self explain:

This opens the door, incidentally, to important conversations across the curriculum. Have we done enough by showing that there are gains from trade? You can tie this to the section “Of Justice and Beneficence” in Adam Smith’s The Theory of Moral Sentiments. What can we make of the gap between apparently fulfilling the minimum rules of justice (which are necessary for civilization to exist) and the harder task of fulfilling obligations of beneficence (which make society thrive)?

The idea that American prosperity owes its origins to chattel slavery has gained currency in the last few years, particularly after the publication of Edward Baptist’s book The Half Has Never Been Told, which included a passage journalist Ta-Nehesi Coates discussed in Congressional testimony claiming that a big fraction of antebellum American economic activity derived from slavery. It’s an argument that goes back at least to Karl Marx, who wrote to Pavel Vasilyevich Annenkov in 1846:

Direct slavery is as much the pivot upon which our present-day industrialism turns as are machinery, credit, etc. Without slavery there would be no cotton, without cotton there would be no modern industry. It is slavery which has given value to the colonies, it is the colonies which have created world trade, and world trade is the necessary condition for large-scale machine industry.

At every step, however, Marx is wrong. Furthermore, the back-of-the-envelope calculation Baptist reports in The Half Has Never Been Told has been eviscerated by economists because it double- and triple-counts the same economic activity in ways we try to teach students not to do in introductory macroeconomics courses (see Bradley Hansen’s analysis for some of the details). The economic historian Stanley Engerman wrote of Baptist’s conclusion that it “requires his calculation to resemble the great effects claimed by an NFL club when trying to convince city taxpayers that they should provide the money to build a new stadium because of all the stadium’s presumed primary and secondary effects.” Baptist’s calculations run aground on the basic rules of national income accounting, and the evidence, I think, is solidly in favor of the claim that “Slavery Did Not Enrich Americans.” As Deirdre McCloskey and I wrote about exploitation in our 2020 book Leave Me Alone and I’ll Make You Rich: How the Bourgeois Deal Enriched the World,

We are saying, to be precise, that war, slavery, imperialism, and colonialism were on the whole economically stupid. Suppose killing people, taking their stuff, and establishing empire could create an ‘original accumulation of capital’ that would jump-start the ‘capitalist mode of production and thereby create a Great Enrichment. If so, as we have argued repeatedly, it would have happened a long time ago and not in northwestern Europe.

This doesn’t mean, of course, that slavery wasn’t a heinous crime. In this underappreciated 1974 paper in the Review of Black Political Economy, Julian Simon (for whom my younger son is named) and Larry Neal offer a calculation of the possible bill for reparations. Whether or not reparations are justified, Simon and Neal explain how to start thinking about it.

Gary Becker changed economics in a lot of ways. One of the most important was his analysis of discrimination. He argued that employers could not indulge a “taste for discrimination” unless they were willing to leave profits on the table. As he was retiring from the University of Cape Town, the economist W.H. Hutt lobbed an intellectual bomb at his country’s labor market institutions with The Economics of the Colour Bar, initially published for England’s Institute of Economic Affairs. It provides a detailed analysis of, in the words of its subtitle, “the economic origins and consequences of racial segregation in South Africa,” and Hutt argued there and elsewhere that markets would punish discrimination to the extent that consumers didn’t really care that much about the race, color, or creed of the people making their goods. They just wanted a good product for their money. As Merle Lipton put it in his 1985 book Capitalism and Apartheid, “…the raison d’etre for apartheid was to counter the natural tendency of market forces to substitute cheaper (black) for more expensive (white) workers.” Far from being any kind of institutionalization of “capitalist” principles, South African Apartheid was an effort to stop free markets from working. The economist Walter E. Williams provided further analysis in his book South Africa’s War Against Capitalism.

Critics worry that DEI initiatives will lead to watered down, therapeutic curricula, but the DEI push is a great time for economics (and economists!) to shine in the classroom with hard-headed but soft-hearted analysis. What I’ve described above barely scratches the surface, and as always, I’m open to suggestions.

I thank Ilia Murtazashvili for his comments on this article. He directed me to this advice from Howard University economist Jevay Grooms.

This article, Diversity, Equity, and Inclusion in the Economics Classroom, was originally published by the American Institute for Economic Research and appears here with permission. Please support their efforts.

CryptoCodex: As The Bitcoin Price Tanks, This Major Exchange Has A Big Problem