Didi Chuxing’s IPO, Crackdowns in Hong Kong, and a China at Odds With Itself 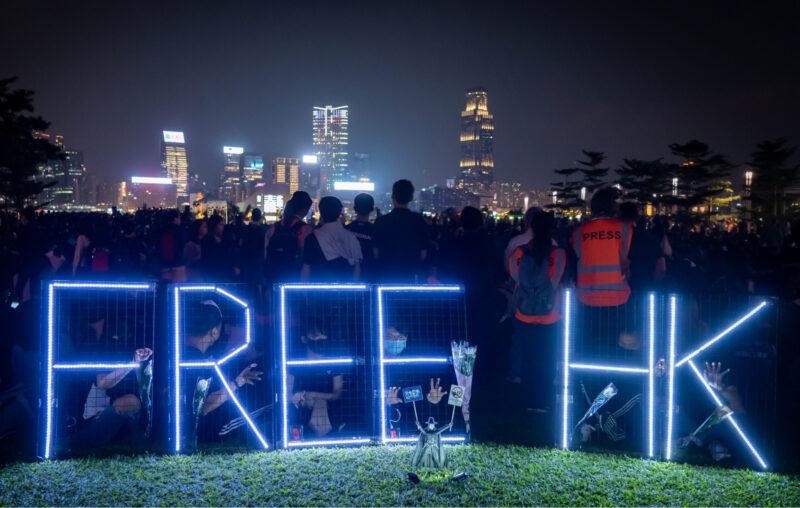 The very week that the Chinese Communist Party (CCP) turned 100, Chinese ride-hailing giant Didi floated its shares. Was it coincidence? The speculation here is no, but how ironic just the same.

For readers who’ve forgotten, Didi is the Uber of China, and its dominance in the country caused Uber to close up shop there. Didi’s valuation is somewhere in the range of $67 billion versus $95 billion for Uber, and $20 billion for Lyft.

The main thing for the purposes of this piece is that Didi’s share offering somewhere north of $60 billion is a reminder for those who need it that China is no longer a communist country. No doubt the CCP runs China, but true communism is always and everywhere defined by economic desperation. It’s endless lines for everything, at which point available goods once at line’s front bring new meaning to substandard.

Communist is what the tragically backwards Soviet Union was, it’s what Cuba to varying degrees is now, along with North Korea. China was once communist, and its people were starving and dying by the tens of millions. Nowadays China’s cities are dense with tall buildings, and capitalist American businesses are everywhere.

As regular readers of this column know well, American businesses are prominent in China because the country’s increasingly affluent citizens are on a monumental consumption binge that seemingly lacks endpoint. Having been freed to produce, the Chinese are now ravenous consumers. American plenty is what they’re buying in enormous amounts.

This is a good thing for reasons beyond Chinese consumption driving up the valuations of American companies. The simple truth is that trade is the single greatest foreign policy mankind has ever known.

While broadly open exchange between people in different countries doesn’t ensure peace, it certainly makes peaceful relations much more likely. The reality is that if China were to wage war against the U.S., it would pay dearly for doing so in an economic sense. It would because voracious American consumers represent a massive market for Chinese producers. For the CCP to choose war with the U.S. would be the equivalent of Gucci declaring war on Beverly Hills.

Just the same, the Chinese market is more and more the biggest non U.S. market for U.S. producers. If the U.S. were to choose war with China, the act of doing so would similarly be economically suicidal. Call it the equivalent of Hermes declaring war on New York City.

So while there are no certainties in life, the beauty of feverish trade between the Chinese people and the American people is that with each passing day, future conflict of the military kind becomes more and more expensive for both countries. Joseph Kennedy used to tell JFK something like “war is bad for business.”

Some will point to China’s treatment of the Uighurs as a way of throwing cold water on the economics of mutually enriching U.S./China trade, but this too calls for continued openness to the rising Asian power. In truth, it calls for the U.S. to remove all barriers to Chinese exports.

For one, experts improve the importing nation the most. That’s the case because work divided is the path to work that’s specialized, and for being specialized, work that is much more productive. Not only does feverish Chinese production give the American people a daily raise, that same production logically enhances U.S. economic output.

For two, the more that Chinese producers rely on U.S. demand, the more that U.S. consumers can potentially have a say over human rights issues in China. In other words, if there’s no market in the U.S. for Chinese goods, American dismay over the treatment of the Uighurs wouldn’t mean much. But if American consumers of Chinese plenty threaten a boycott over human rights abuses, it’s more likely that change will take place. Trade isn’t just great for foreign policy, it’s also potentially compassionate to the ill-treated.

The CCP should learn from all of this. And not just in relation to the Uighurs. It seems the CCP also misses how much Hong Kong is venerated worldwide, and how much Americans in particular venerate this global symbol of freedom and free markets. Hong Kong is quite simply the answer to any question about free markets and freedom, and any critique of both.

Since it is, how tragic that the CCP is increasingly foisting authoritarianism on this global symbol. What could the leadership be thinking? What’s to be gained from this economically, but also reputationally? Since Hong Kong is much revered globally, efforts to make it less than it once was will only serve to offend. Yes, the taking of freedom in Hong Kong by the CCP is incredibly self-defeating, and it creates the perception that Chinese leadership is moving backwards.

Whatever the direction of the CCP, and a seeming tug-of-war within China over what it should be, Americans should be wise. If China or its leadership want to self-destruct in a human rights sense, that’s no reason for the U.S. to harm its own people. Trade is good, it’s enriching, and this is true no matter what happens in other countries.

In any conflict between the U.S. and China, the most open country will be the winner. And China will be the loser the more that it treats its people and its greatest city badly. Let’s just not forget in the U.S. that the most effective way to reverse the CCP’s errors vis-à-vis the Uighurs and Hong Kong would be to remain as economically and personally free as possible.

This article, Didi Chuxing’s IPO, Crackdowns in Hong Kong, and a China at Odds With Itself, was originally published by the American Institute for Economic Research and appears here with permission. Please support their efforts.