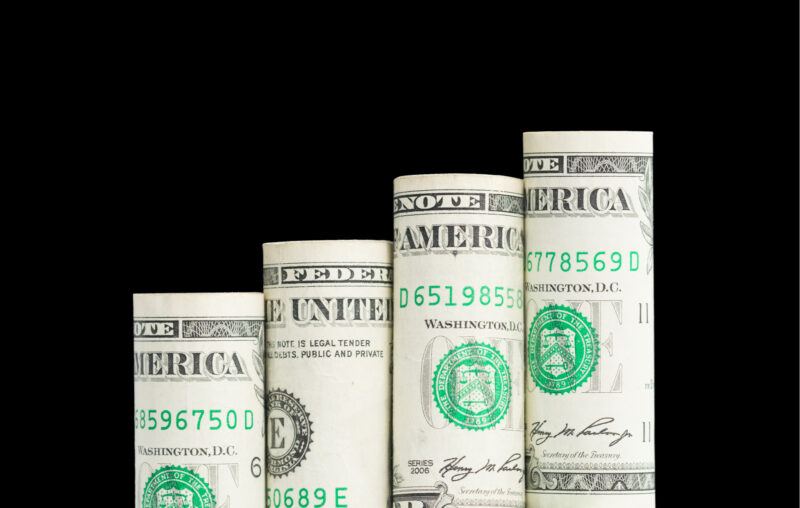 The Federal Open Market Committee (FOMC) met this week to decide the stance of the Federal Reserve’s monetary policy. In its official statement, the committee chose to maintain its effective federal funds rate target in the range of zero to 0.25 percent and ongoing open market purchases of $120 billion per month.

The Fed did, however, have an important change listed in its Implementation Note. It raised the interest rates that the Fed pays to banks and other financial institutions. How should consumers and investors interpret this change in Fed policy?

Up to 2008, the Fed conducted monetary policy through open market operations, the buying and selling of short-term Treasury bonds. In 2008, it expanded these purchases to include mortgage-backed securities (MBSs). Rather than only buying or selling when rates need to be adjusted, the Fed is currently conducting ongoing purchases of $80 billion in Treasuries and $40 billion in MBSs per month.

In addition, the Fed switched from a corridor system of monetary policy to a floor system. It introduced a new rate of interest on reserves (IOR) that it pays to US banks, which became the key tool of monetary policy. Unfortunately, the rate of IOR was not as effective as the Fed had expected in establishing a floor for short-term interest rates. The Fed was forced to create another tool, a facility for overnight reverse repurchase (ONRRP) transactions, the rate for which became the “subfloor” for short-term interest rates.

The Fed also sets the discount rate as a ceiling for bank borrowing, making a total of six tools for monetary policy: five different administered rates in addition to its open market operations.

Fed officials now plan to keep interest rates at their current lows through at least 2022 and not raise their targets until sometime in 2023, although recent signs of inflation have caused some to indicate that changes may come sooner.

In addition, Fed officials expect their asset purchases to continue for some time. At his recent press conference, Fed Chair Jerome Powell said that despite signs of potential inflation, the FOMC would “give advanced notice before announcing any decision” on planned changes in asset purchases.

Why is the Fed so hesitant to trim asset purchases? Fed officials fear a negative financial market response such as the so-called Taper Tantrum of 2013. Then Chair Ben Bernanke’s announcement that the Fed would “taper down” its open market purchases led to a huge selloff in the bond market, which pushed up interest rates – something the Fed did not want. To preempt such a response, Powell has stressed that any reduction in asset purchases would be announced well in advance in order to set expectations and minimize financial market disruptions.

Fed officials have backed themselves into a corner here. Their pre-announced interest rate and asset purchase plans for the coming years were intended to set market expectations. It may have worked too well. Now they are afraid to change those plans so as not to disrupt expectations.

Ironically, these expectations ignore the Fed’s more important policy tools. In a floor system, open market purchases add reserves to the banking system, but that money never gets to the economy if the rate of IOR is sufficiently high. Similarly, the target range for the fed funds rate is important for setting expectations, but unlike the rates of IOR and ONRRPs, it has little effect on the incentives for banks or financial institutions.

In the Fed’s current floor system, the rate of IOR is the key tool of monetary policy. If the Fed raised the rate of IOR, then it raised interest rates.

What does it mean for the economy?

The proliferation of monetary policy tools has made Fed policy difficult to evaluate, much less predict. The FOMC’s statement says “Nothing to see here,” but its actions whisper “Rates should be higher.” Expectations aside, raising the rate of IOR has a bigger monetary policy effect than a change in the target range announced by the FOMC.

The complexity of these monetary policies is confusing and counterproductive. The Fed is putting money into the economy with one hand through open market purchases. But with the other hand, it is taking money out by paying banks and financial institutions to deposit those funds back at the Fed. Raising the rate of IOR can help limit inflation, but combined with open market purchases, it will build up banks’ excess reserve holdings, distort their investment incentives, and heighten the Fed’s political profile.

With little fanfare, the Fed quietly raised the rate of IOR. This contractionary policy will slow the rate of money growth in the economy. But paying higher interest rates on bank reserves while adding more money to the economy will increase banks’ hoarding of cash reserves and misallocate credit in the financial system.

This article, Did the Fed Just Raise Interest Rates?, was originally published by the American Institute for Economic Research and appears here with permission. Please support their efforts.