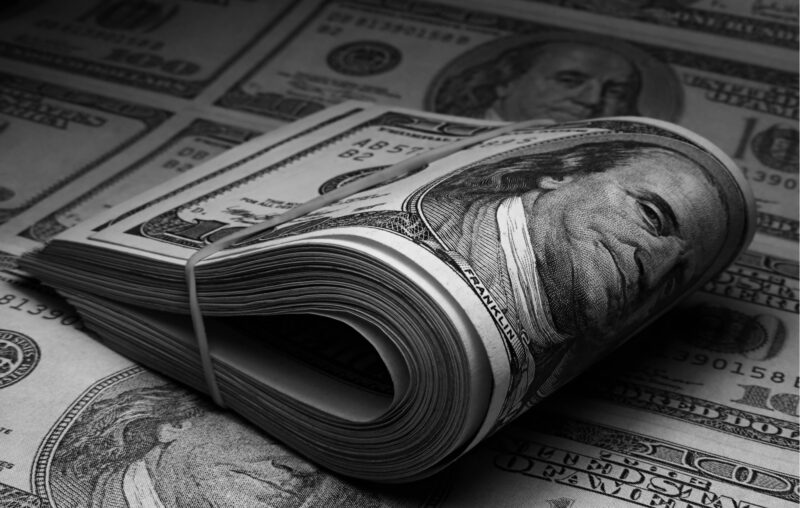 Economists from across the political divide are worried about inflation. In May, Lawrence Summers warned about the increasing risk of inflation. More recently, John Greenwood and Steve Hanke argued that the Federal Reserve’s asset purchases have expanded the money supply, which they speculate will lead to high inflation.

Fed asset purchases do often lead to expansions of bank lending and the money supply. What is unusual about its recent open market operations, however, is that they have not led to increases in bank lending, which has seen lower growth than before the coronavirus pandemic.

Fed purchases and the money supply

Greenwood and Hanke are right that the Fed’s asset purchases have been associated with large increases not only in the monetary base but also in M2, a broader measure of money supply. As Figure 1 shows, M2 was growing slightly in 2019, while the Fed’s assets were stable over the year. Both Fed assets and M2 jumped in the second quarter of 2020 and have been growing steadily since.

Over the 12 months ending the first week of November, the Fed’s balance sheet increased by $1.4 trillion, while M2 increased by $2.4 trillion. Greenwood and Hanke argue that these trends will lead to “Persistent, not transitory, inflation.”

What about bank lending?

Prior to 2008, the Fed’s open market purchases created a multiplier effect in the banking system. When the Fed added new base money to the system, banks would hold part of that new money on reserve and distribute the rest in the form of new loans. That money was then spent by borrowers and deposited into other banks that would lend it again and so on. This created effects from the Fed’s open market operations that were much larger than their initial monetary injections.

This system changed in 2008 when the Fed began paying interest to banks on the reserves they hold at the Fed. One effect of this policy is that banks began holding higher reserves and lending less, especially in the years following the Great Recession. Compared to the old system, new base money created by the Fed has a much smaller effect on bank lending and the macroeconomy.

Figure 2 shows the total loans of U.S. commercial banks. Lending shot up in early 2020 as businesses borrowed to survive the Covid lockdowns. Starting in mid-2020, those loans were subsequently repaid over the following year. Lending has only started increasing again since mid-2021. While total bank loans increased by 4.1% in 2019, they have grown by only 1.6% in the 12 months ending the first week of November 2021.

Not only is bank lending not keeping pace with the M2 expansion, but it also does not appear to have fully recovered following the pandemic crisis and lockdowns. The red line in Figure 2 approximates the trend in loan growth over 2019 extrapolated through 2021. As the figure shows, lending remains below the level of the pre-crisis trend.

Commercial bank lending was supplemented over this period by an expansion in lending by nonbank and financial technology (FinTech) companies, which may have somewhat offset the low growth in traditional lending. But that trend has been ongoing for years prior to the pandemic. Nonbank financial companies mostly have the same financial incentives as banks and therefore are likely to be similarly affected by Fed policy.

Considering the slow expansion of bank lending, it is unclear what the overall effects of Fed policy will be on inflation and economic activity. Without a large multiplier effect, the Fed’s asset purchases might increase M2 directly, but they may have limited effects on the price level and the broader economy.

Should the Fed keep buying?

One interpretation might be that since its effects may be smaller than expected, the Fed should continue its asset purchase program. I think the lesson is the opposite.

The Fed’s asset purchases do not appear to be having positive effects on bank lending and economic activity. They have, however, increased bank reserves, which has complicated financial regulation. Expanding the Fed’s balance sheet will make it more difficult to return to the pre-2008 corridor system of monetary policy.

The Fed’s recent asset purchases appear to have significantly expanded the money supply. But given the small changes in bank lending, it is not clear what their overall effects will be on inflation and the economy.

This article, Despite Fed Asset Purchases, Lending Remains Depressed, was originally published by the American Institute for Economic Research and appears here with permission. Please support their efforts.