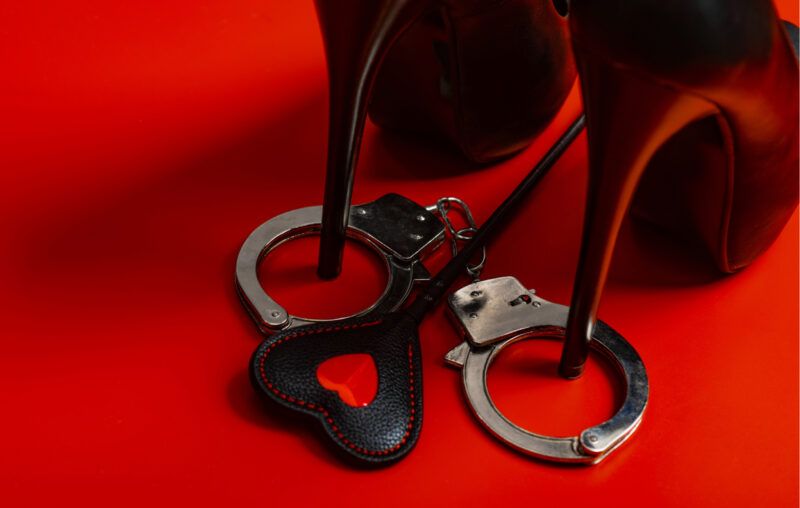 When the tall, athletically-built twenty-something told me that she made a living as a dominatrix, I didn’t bat an eye. This was Freedom Fest, after all, and there was something in her swagger and demeanor that told me that this woman don’t play, not for free anyway. I’m not into that whole paying good money to be a sub thing, but instead of beating a hasty retreat I asked what brought her to South Dakota. “The Cruelty of ‘End Demand’ Policing and Policies” she said, thrusting what we used to call a mimeo of that title into my hands. Of course I could not resist.

The mimeo was authored by Savannah Sly, which I assume to be both her nom de plume and her professional name. She has a website and such, but caution is in order because prostitution is still illegal in America and, in fact, is being assailed by state and nonstate actors literally as never before. In the past, it was the supply side, the prostituted woman and maybe her owner/pimp/madame, who got into legal trouble, not her client, the “john,” who all too often was the mayor, or the sheriff, or some pitiable young man “sowing his wild oats.”

Along come some wealthy white Wokesters who thought they could solve the alleged problem by cutting off demand, or in other words by going after the johns instead of the pitiable young women, most of color, forced into a life that the Woke assume no woman would ever choose. Backed by two 2018 laws, known as FOSTA and SESTA, ostensibly designed to thwart sex trafficking, the Woke ones went after Backpage, Craigslist, and other sites where buyers and sellers of sexual services could easily and cheaply find each other.

A mistrial was recently called in trial of the founders of Backpage due to prosecutorial misconduct, but the message remains clear, try to connect sex workers with clients and the guhment will get you good. The Wokesters even pressured OnlyFans into banning, albeit only temporarily, its staff of life, online sex stuff.

Problem solved and the world saved. Score another one for paternalistic Puritans and Woke warriors! But there was a big problem with FOSTA and SESTA because nobody asked Savannah Sly or anyone else presumed to be exploited what they wanted, and it surely wasn’t End Demand policies. If demand magically dried up, trafficked women would not be freed, they would be turned to other tasks, or killed.

As for voluntary sex workers, they need to make a living and prefer doing it by selling sexual services to consenting adults. Maybe they are too moral for other professions. (Unlike the clients of many professionals, the clients of sex workers actually want to get screwed! Ba doom boom.) Maybe they are not athletic, hardworking, or smart enough to make as much money in other lines of work, or maybe they just enjoy their work. ‘Tis not for us to judge.

It’s true that many women turn to sex work only as a last resort, but as Savannah slyly points out in her mimeo, all sex workers, even enslaved ones, are hurt by demand-side suppression policies. What sex workers want and need is not legalization, which implies regulation, but decriminalization, or what I would call deregulation. Enslaving others or having sex with minors is, and should be, illegal because of the lack of consent. (And the two abominations often go hand in hand.) But why is the state, or anyone else for that matter, interested in regulating consensual sex?

If the Woke ones were really interested in the plight of poor sex workers, they would listen to what those workers have to say and eliminate barriers, like occupation licensing and the overregulation of childcare services, that limit alternative employment options. Or is the real goal to put people on the public dole where they can be more easily controlled and even infantilized?

Sly knows of what she speaks, reproducing several key supporting studies, like Open Society Foundations’ 2015 “10 Reasons to Decriminalize Sex Work” in her mimeo. Following studies of the effects of decriminalization in New Zealand since 2003, Sly rightly argues that decriminalization, leaving “sex workers and their clients … alone” in her words, would enhance sex workers’ ability to:

Hopefully those points are obvious to readers without any need to probe into the sometimes graphic details. Some, though, rely on simple economic intuition. Consider number eight for example. Demand-side laws drive away the most law-abiding, submissive johns first, leaving the shrunken pool more densely populated with lawless sharks.

Number six is interesting too. Although people pay sin taxes, as destructive as they are, on alcohol, marijuana, and tobacco, a sin tax on sexual activity would not get a rise out of most men, especially of the married variety. But if sex work were decriminalized, sex workers would be much more likely to report their income, or at least the noncash portion of it, and pay the appropriate income taxes. While some types of sex work are legal, or ostensibly legal, and hence taxed, the most lucrative part is not. Nobody knows the full extent of the US sex industry, but it’s definitely Rolling Stones Sticky Fingers big.

Moreover, if sex work were decriminalized, more transactions would take place. And there is the rub — many of the Woke are just as puritanically paternalist as the illiberal Do Gooders they joined. Neither side is capable, apparently, of thinking through policy alternatives and accepting a residual negative outcome. For both, if some instances of X cause a bad outcome, all instances of X, be it a man’s gun or his firearm, must be banished from society’s putative paradise no matter the cost to those who use their Xs, or watch their XXXs, responsibly.

Happily ending, the Woke need to wake up, look, and listen. America doesn’t want New Zealand’s criminalization of Covid but it should adopt its decriminalization of sex work, including outright prostitution. Don’t take the word of this cis-gendered old white guy, take the word of Savannah Sly and the other women whose lives, and livelihoods, the sleeping Woke seek to destroy.

This article, Deregulation of Consenting Adults, was originally published by the American Institute for Economic Research and appears here with permission. Please support their efforts.