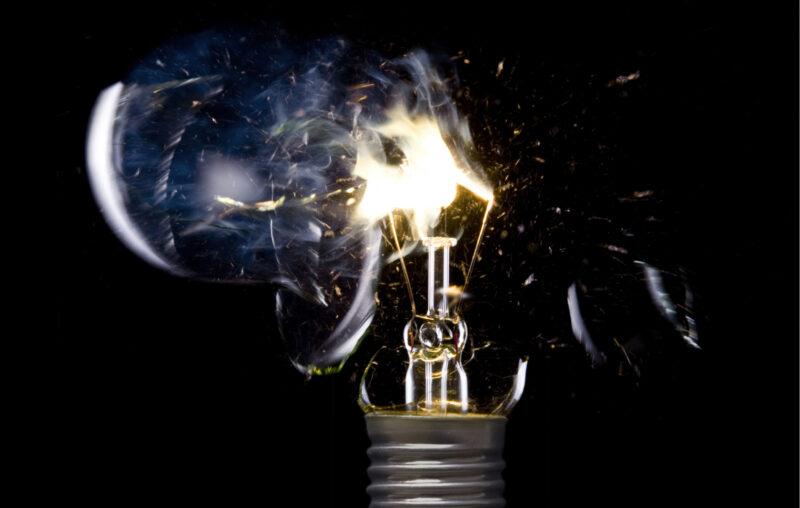 Biden’s Build Back Better reconciliation bill is going up in flames—and fast. It seems that every day congressional Democrats propose a new tax to help pay for the now $1.75 trillion reconciliation bill, just to have it die a few days later. As they run out of options to fund the package, they’re now turning to an unprecedented and dangerous tax plan to fund the bill, and this one appears to be sticking. Democrats are proposing a job-killing 15 percent minimum tax on the book income of America’s largest corporations with the apparent blessings of Senators Krysten Sinema and Joe Manchin. This proposal would make it significantly more costly for companies to invest in the economically productive assets that grow the economy and boost wages. What’s more, its current structure just ensures that, during certain tax years, some companies like Amazon will press on paying nothing in corporate income taxes.

There are many reasons that a corporation’s book income is different from its taxable income. The largest reason for this gap is that the tax code incentivizes job-creating investments and research and development — two deductions that are not fully captured immediately on a company’s financial statement. But an additional reason is that the tax code has different rules for stock-based compensation than the Generally Accepted Accounting Principles (GAAP), the rules that all businesses have to follow when preparing their financial statements.

For example, companies currently can write-off the full cost of most of their capital investments immediately from their income taxes until 2023, thanks to the 2017 tax bill. However, on a company’s financial statement, because of GAAP, a company can only deduct a portion of the investment’s cost every year on its financial statements. This creates a timing difference between a company’s book income and taxable income that eventually disappears over time.

The Democrats’ minimum tax plan weakens the incentive for the companies hit by the tax to invest because they will no longer be able to claim the full benefits of expensing. To effectively raise the cost of capital means that companies will invest less in the economically-productive assets that boost wages and create jobs. Under this proposal, workers would lose simply because of a timing difference created by unelected accountants who shouldn’t dictate America’s tax code.

Besides targeting a company’s investment income, the minimum tax also hits worker stock compensation plans. When a company offers its workers the opportunity to buy stock through a restricted stock unit, it can deduct the fair market value of the stock options immediately from its book income. However, if the employee sells that stock option in the same year, the corporation gets to deduct the fully appreciated value on its taxable income, but it cannot deduct the appreciated value on its financial forms. This creates yet another gap between a business’ taxable income and income on its financial statement and is actually the largest driver of differences between book income and taxable income.

Right now, the minimum tax plan wisely preserves other key drivers of the gap between book income and taxable income such as the Research and Development Tax Credit and Net Operating Loss (NOL) deduction. These two deductions are critical to the tax code by encouraging investment, rewarding risk, and helping businesses stay alive when times get tough. These two tax provisions are key reasons why in some years Amazon pays $0 in corporate income taxes. Amazon performs a lot of R&D and for most of its beginning was unprofitable. It’s been able to carry forward its large losses to future tax years.

This means, though, that some large companies which benefit from the R&D tax credit and NOLs will continue to be able to pay nothing in taxes, even under the proposal.

These carve-outs from the minimum tax are one reason why researchers at the Tax Foundation have estimated that the tax will only raise $193 billion over 10 years. That’s a far cry from the $325 billion the Biden Administration thinks it will raise. In fact, $193 billion would pay for just 11 percent of the proposed spending plan. Is that really worth the economic destruction this tax will cause?

The Democrats’ proposed minimum tax overpromises and underdelivers. It won’t stop companies like Amazon that invest heavily in R&D from paying nothing in corporate income taxes, but it will reduce the incentive for companies to invest in economically productive assets. A domestic minimum tax is not good for America. Legislators should find it a plot in the ever-growing graveyard of bad Democratic tax proposals.

This article, Democrats’ Minimum Tax Proposal Won’t Force Amazon to Pay More In Taxes, was originally published by the American Institute for Economic Research and appears here with permission. Please support their efforts.

My RAVEN Strategy For 9.2% Dividends That Crush Crypto

Jonathan Burton’s Life Savings: ‘The Nasdaq is our favorite short.’ This market strategist sees recession and a credit crunch slamming stocks in 2023.