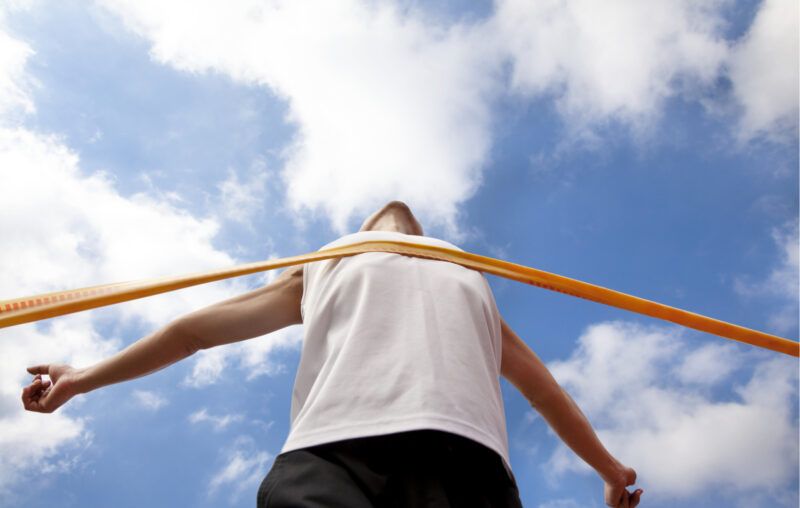 Will the Great Pandemic permanently unleash governments around the world? Covid-19 is enabling politicians to turn freedom from an individual right into a conditional bureaucratic dispensation. Defining down freedom was exemplified by the G-7 Summit that became a ludicrous and hypocritical Lockdowners Victory Lap.

The G-7 leaders, meeting in Cornwall, issued a communique pledging to “protect individuals from forced labour and to ensure that global supply chains are free from the use of forced labour.” But the political bosses had no concern about “forced non-labor” – their own decrees that destroyed tens of millions of jobs. That was no problem because, as the G-7 leaders boasted, “We have provided unprecedented support to citizens and businesses… totalling over $12 trillion including fiscal support and liquidity measures.”

But handouts are no substitute for freedom and self-reliance. Government aid is always only one decree away from mandating terms of submission. In 1942, the Supreme Court declared, “It is hardly lack of due process for the government to regulate that which it subsidizes.” The G-7 Summiteers proclaimed a boatload of environmental goals. Will future “stimulus payments” be restricted to people who reduce their “carbon footprint” or abandon their non-electric vehicles?

The Biden administration was thrilled that G-7 Summiteers adapted its slogan, “Build Back Better,” in the communique. That slogan will entitle politicians to snare more revenue and power to repair the damage from the shutdowns they inflicted. Biden-style rebuilding presumes that any government spending confers vast benefits, at least on politicians. Biden’s colleagues also seconded his call for placing at least 30% of all land and water under government restrictions in the name of conservation.

G-7 leaders enjoyed parties and plenty of backslapping – privileges denied to nearby British citizens whose lives continue semi-paralyzed by pervasive government restrictions. Brits were told that their lockdown misery would end on June 21, which became known as “Freedom Day.” But British politicians have invoked the fear of new variants to justify extending the lockdown at least another month and possibly far longer. Prime Minister Boris Johnson declared on Monday, “Now is the time to ease off the accelerator,” regardless of how many individual rights become roadkill. Spiked editor Brendan O’Neil declared that “this further suspension of liberty, is only possible in a society that has thoroughly devalued freedom” and derided the “creeping embrace of the lockdown lifestyle among significant sections of the Smart Set.”

In the U.S., President Joe Biden designated the Fourth of July as Americans’ shrink-wrapped “Freedom Day.” On March 11, Biden declared that, if people obey government decrees, “there’s a good chance you, your families and friends, will be [permitted] to get together in your backyard or in your neighborhood and have a cookout or a barbecue and celebrate Independence Day.” Biden repeated his declaration on April 21: “To celebrate our independence from this virus on July 4th with family and friends in small groups…. We all need to mask up… until everyone has a chance to get their shot.” Biden converted the Fourth of July into a benchmark of submission to presidential decrees. On May 4, Biden announced that he wanted 70% of American adults to have at least one Covid vaccine by July 4. On June 2, Biden declared that people should “exercise your freedom” to get vaccinated so Americans can enjoy a “summer of freedom.” Freedom to get politically-mandated injections was not one of the clauses included in the Bill of Rights. Regardless of the Biden administration’s alarmism, most states have already lifted lockdown orders.

Biden’s attempted expropriation of Independence Day had no impact on his honeymoon with the media. When the Pulitzer Prizes were bestowed last Friday, no awards were given for exposing the frauds and follies of repressive Covid-19 policies that ravaged prosperity and freedom. Instead, the Pulitzer for Public Service was awarded to a New York Times team that included Donald McNeil. As Jeffrey Tucker reported, early during the pandemic, McNeil fanned fear with a bizarre article headlined, “To Take On the Coronavirus, Go Medieval on It.” He urged American policymakers to rely on tactics “from the era of the Black Death… pen terrified citizens up inside their poisoned cities… Harsh measures horrify civil libertarians, but they often save lives, especially when they are imposed in the early days.” McNeil turbocharged his alarmism by overestimating the likely death toll by over 20-fold. Ironically, at a time when the American media has become far more critical of police power, pundits have consecrated bureaucratic power.

In the Covid era, destroying freedom is a negligible loss, akin to a government agency misplacing a few hundred filing cabinets. Los Angeles Mayor Eric Garcetti faced minimal criticism last December when he banned all unnecessary “travel, including, without limitation, travel on foot, bicycle, scooter, motorcycle, automobile, or public transit.” The mayor offered no evidence to justify placing four million residents under house arrest. Similar restrictions hit residents of Michigan, New York, Oregon, and other states. Federal judge William Stickman IV aptly declared last September, “Broad population-wide lockdowns are such a dramatic inversion of the concept of liberty in a free society as to be nearly presumptively unconstitutional.” But the scant controversy over lockdowns is a sign that many media outlets are happy to see liberty “inverted” into unquestioning obedience to any command issued by any government official.

Politicians could decimate freedom because their Covid-19 decrees almost instantly became hallowed with the aura of “science” – regardless of how often the official guidance changed. Since Biden became president, Covid vaccines have also become sacrosanct and casting any doubts on their safety or efficacy is portrayed as proof of idiocy or villainy. Politicians and their media allies now talk as if the only reliable gauge of health and safety is the percentage of Americans who have been injected (ignoring the natural immunity that the 115 million people who had Covid infections enjoy). The result is a long series of socialist-style victory proclamations, substituting the number of arms injected for bogus statistics on the wheat harvest from collective farms. And anyone who refuses to be vaccinated is the new Kulak, reviled and portrayed as a dire threat to the survival of everything decent. It would not be surprising if politicians limited future Covid handouts to individuals who could prove they were vaccinated.

Many Americans presume that the political travails of Covid are mostly in the rearview mirror. The small print of the G-7 Communique is hell on such optimism. “The COVID-19 pandemic is not under control anywhere until it is under control everywhere,” the Summiteers warned. And as long as the pandemic is out of control, rulers must remain unleashed. If anyone has the virus, then no one is free – or at least no one should be permitted to be free. The prerogatives and precedents that multiplied during the Covid pandemic are waiting to be exploited for the next viral outbreak – or maybe simply to make some really dramatic gestures on climate change.

The G-7 Communique endlessly promised “transparency” but only fools should expect official candor during pandemics or other politically-proclaimed emergencies. British scientists who shaped government Covid policies recently admitted using “unethical” and “dystopian” fearmongering to terrorize people into submission. One scientist declared that “using fear smacks of totalitarianism,” and another scientist admitted being “stunned by the weaponization of behavioral psychology” to enforce compliance with Covid dictates.

American politicians and government agencies relied on many of the same fear tactics in this country. Docile media helped sway people to view other Americans’ freedom as the deadliest threat to their own health. Instead, the biggest danger citizens faced was that their rulers would not have sufficient power to force everyone else to stop working, stop worshipping, stay inside, and get injected.

No-fault Czars are no substitute for individual liberty. Politicians vindicated lockdowns by claiming that all the sacrifices are justified if they “save just one life.” But what about “just one freedom” – especially freedoms previously enjoyed by hundreds of millions of people? Instead of “Build Back Better” further empowering reckless rulers, we need to “Build Back Freer.”

This article, Defining Down Freedom, was originally published by the American Institute for Economic Research and appears here with permission. Please support their efforts.