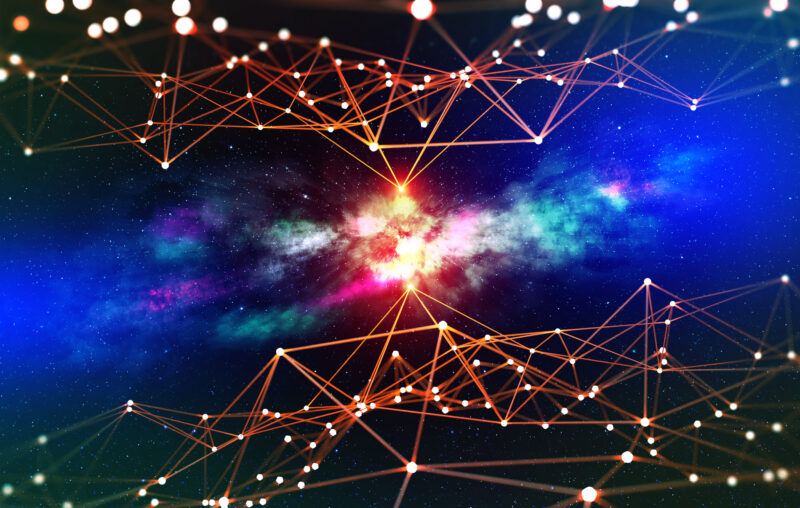 The history of electronic cash stretches back several decades to David Chaum and the early cypherpunks. Decentralized stablecoins, a new type of monetary instrument, are the direct descendants of this tradition. Bitcoin, Litecoin, and other vol-coins, or volatile cryptocurrencies, were integral to getting decentralized stablecoins to this point, but they are no longer part of the electronic cash lineage.

When I made the above suggestion on Twitter, I got plenty of pushback. In this article I’m going to explain my thought process.

For those who haven’t heard about decentralized stablecoins, they are versions of the dollar that rely on blockchain-based collateral for stability.* The first decentralized dollar was BitUSD, issued in 2014. Dai and Rai are subsequent versions. Later on I’ll provide a more in-depth explanation of these novel forms of money. But before that, I want to explore the history of electronic cash.

In the early 1980s, cryptographer David Chaum began to worry that payments processors might acquire information that could “reveal a great deal about the individual’s whereabouts, associations, and lifestyle.” His idea was to protect personal data by having banks mint blinded dollars for their customers. These could be spent anonymously at shops. Chaum’s ideas surrounding electronic cash were particularly salient given the rise of online commerce in the 1990s.

Chaum’s electronic cash never really caught on. Despite several pilot projects with banks, his company went bankrupt in 1998. Stable but non-anonymous payments products like Visa, Mastercard, and PayPal went on to become the champions of online commerce.

Chaum’s electronic cash failed for a multitude of reasons. I want to focus on a particular interpretation offered by a group of online hackers and philosophers who congregated in the 1990s and 2000s around the Cypherpunks mailing list.

The cypherpunks attributed Chaum’s failure to the existence of what they described as single points of failure. Chaum’s electronic cash was designed to flow through individual banks. Those banks were in turn part of a larger banking system governed by a regulator. These single points of failure — banks and regulators — allowed the product to be sabotaged by powerful interests who feared anonymity.

What was required was some sort of decentralized infrastructure, the cypherpunks reasoned, one without any single points of failure. Working in the tradition of cypherpunk ideas such as B-Money (1998) and Bit Gold (1998), Satoshi Nakamoto would eventually devise Bitcoin in 2008, which he described as a “peer-to-peer electronic cash system.”

“A lot of people automatically dismiss e-currency as a lost cause because of all the companies that failed since the 1990s. I hope it’s obvious that it was only the centrally controlled nature of those systems that doomed them. I think this is the first time we’re trying a decentralized, non-trust-based system.”

Bitcoin is designed without single points of control. The task of verifying transactions was outsourced to a distributed network of anonymous validators. As for the money supply, there was to be no Chaumian mint that links tokens to an underlying stable instrument such as the dollar via issuance and redemption. Rather, the evolution of the bitcoin supply was set ahead of time by the Bitcoin protocol.

Unfortunately, Nakamoto went too far. Without a connection to the dollar or some other stable unit, the price of bitcoin is entirely unanchored. At any given moment its price is established via a recursive guessing process, one in which Bill tries to anticipate what Bob thinks Jill thinks Bill will do. The result: perpetually fierce price rises and collapses.

Chaum knew that electronic cash needed to be stable. Cash is meant to be spent. If it acts like a Las Vegas casino game, people will either be too afraid to acquire any of it, or if they do, they will use it for gambling, not spending.

Which gets us to decentralized stablecoins. These products bring the electronic cash movement back on course. They are anonymous-ish, like bitcoin. And they are decentralized, in the tradition of the cypherpunks. Lastly, they have restored the key Chaumian feature that bitcoin lost: stability.

A regular dollar is issued by a bank or fintech. It is backed by dollar-denominated assets such as mortgages, loans, or other IOUs. Regulators in turn exert authority over financial institutions, and thus have a big say in the functionality of these dollars. By obliging financial institutions to collect information about everyone who accesses its database, regulators ensure that these products can never really be anonymous.

In sum, stablecoins have achieved Chaum’s vision of anonymity and stability. And they have done so by taking the cypherpunks’ preferred detour of decentralization.

Where does that leave the original vol-coin, Bitcoin?

But now that decentralized stablecoins have arrived, Bitcoin is no longer a key part of the electronic cash trajectory. Which isn’t to say bitcoin is no longer useful. Bitcoin still has a role to play as a globally popular speculative token. It’s time for the decentralized stablecoins to take their place as the real peer-to-peer electronic cash systems.

** To be more accurate, Bitcoin and many other cryptocurrencies are pseudonymous. Anyone is free to use bitcoin without having to provide their identity. But all transaction flows are public, so it is possible to see what these non-identified entities are doing. Methods such as bitcoin mixing and avoiding address reuse can be used to obfuscate public transaction trails.

This article, Decentralized Stablecoins: The Real Peer-to-Peer Electronic Cash Systems, was originally published by the American Institute for Economic Research and appears here with permission. Please support their efforts.