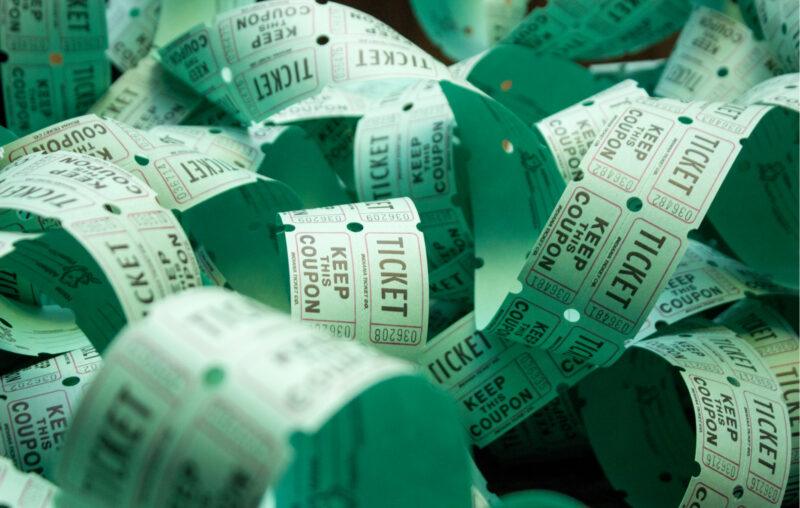 “The morning of June 27th was clear and sunny.” Thus begins Shirley Jackson’s 1948 dystopian short story, “The Lottery.” Spoiler alert, by the end of the morning a woman has been stoned to death by her friends, neighbors, and her own children. With the sanction of the state, no less.

But don’t allow the jarring climax to trigger you, gentle reader, as the postwar American townsfolk were simply following “the science,” which held that the random destruction of a townsperson each year ensured a bountiful harvest. “Lottery in June,” everyone knew, “corn be heavy soon.”

Yet word in the crowd as the lottery commenced was that other villages had begun to question the science behind the lottery and that some had already given it up. The residents of those villages were readily denounced as a “pack of crazy fools” because giving up the lottery would necessarily entail “eating stewed chickweed and acorns” and “living in caves,” like Neanderthals.

The lottery was dutifully conducted according to laws and customs so hoary that the “original paraphernalia” used to conduct it “had been lost long ago.” The current paraphernalia, which consisted of an old stool and a “black box,” was older than the oldest living resident.

Lottery procedures were designed to ensure fairness and there was no hint that the results could be rigged, although the mother of the losing family, Tessie, was certain of foul play. “Shut up,” her husband told her when she called for a redo. The lottery process continued in its inexorable way even as Tessie continued to object to the unfairness of the procedure in her case rather than the (in)sanity of the institution itself. Even after the first stone struck her, she screamed “It isn’t fair, it isn’t right.”

But Tessie’s death was right, lawful, and even expected by the standards of her time and place, just like the random deaths of Americans every day today are considered right, lawful, and even expected. The only difference is that the “black boxes” used to kill Americans today are metaphorical and obscure, not physical and implemented in the glorious light of a sunny summer morn.

The most infamous recent example of randomized policy-induced death was the Covid nursing home decree of New York State governor-dictator Andrew Cuomo. By forcing contagious elderly persons into nursing homes instead of lazarettos, Cuomo essentially ensured the deaths of thousands but through the mysterious black box of Coronavirus transmission mechanisms, comorbidities, and natural immunities.

But even that carnage pales compared to the hundreds of thousands of Americans who die each year from complications from obesity like diabetes and heart disease. As in Jackson’s lottery, participants in the weight lottery are ultimately individually responsible for their choices but the existence of a system that encourages people, through miseducation and subsidized prices, to consume way too much high fructose corn syrup (ironically in light of Jackson’s emphasis on corn) and other unhealthy crap, is ultimately due to government policies.

Rather than tediously explain how each of the policies listed above kill by making necessities like quality food, healthcare, houses, and jobs more expensive or less available than they would be in a free market, let’s look at the big picture. According to Statista, total government spending at all levels in America in recent years, not counting 2020-21 when it soared to over 45 percent, was just over 35 percent of GDP.

A good chunk of that 35 percent is outright wasted by anyone’s definition; at least half of it is unnecessary in the sense that markets or voluntary associations would quickly provide the same or better services at less expense. That means that America’s effective GDP is, say, 10, 15, even 20 percent lower than it would be if its governments were smaller and less obtrusive.

And a higher effective GDP would mean longer and better lives on average. With better (often just fewer) policies, America could well end up in Switzerland’s neighborhood in terms of per capita GDP and longevity. In case you didn’t know, the Swiss don’t live in caves or eat stewed acorns, unless they want to:

Despite the costly consequences of bad policies, Americans just won’t give up their beloved policy lotteries, even though they are not nearly as random as Jackson’s lottery system. Many date to the New Deal and Progressive eras and hence were deliberately and structurally racist. Yet somehow the same government that perpetrated them is being entrusted to ameliorate their intentional effects with additional lottery-like policies instead of radical rollback. Americans need to think less like Tessie and more like the towns that were rumored to have ended their unscientific policies.

This article, Death by Policy Lottery, was originally published by the American Institute for Economic Research and appears here with permission. Please support their efforts.