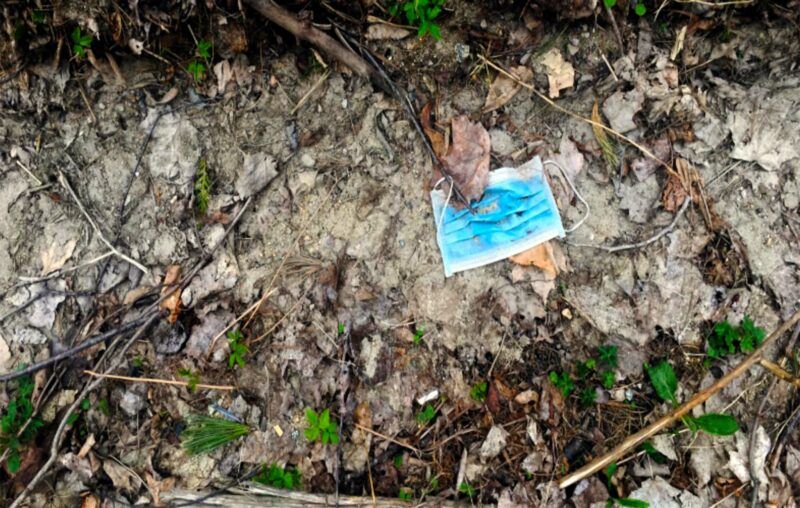 News of Texas hitting zero Covid deaths despite its alleged Neanderthalism when it dropped its mandated masking in March is helping to bring down mask mandates, which finally are disappearing left and right. They never made sense and were even illegal, an idea with slim empirical support that only got worse as desperate people argued that adding more masks — essentially multiplying zeroes by zeroes — would amount to something positive. “The” science has been in for over a year but for some reason government policymakers have just now made it clear that if you want to avoid Covid (and for most people there is no need to), the key behavior is to not loiter inside with lots of strangers.

That’s right, the social distancing floor arrows and stand here stickers didn’t really matter and the plexiglass was pretty useless unless it went floor to ceiling and wall to wall. And all that hand sanitizer killed a lot of nasties but didn’t appreciably slow Covid. If Walfart, Tarjay, and other big box stores really cared about their customers, they would have stayed open 24-7, kept all their checkout lanes open all the time, moved essentials from the back to the front, and done everything else in their power to get customers in and out fast while protecting the most vulnerable, along the lines of the Great Barrington Declaration, with special hours or stores.

Instead, Big Retail followed dubious government “science,” restricted its hours, forced everyone to squeeze through the same entrance and exit, and made them linger in the checkout line for far too long. But (almost) everyone thought such modifications were okay because the store required “face coverings” and then masks, mostly cheap plastic things that made some people feel like they were doing “their part.” They certainly were playing a part, that of unwitting dupes who lulled others into one of the most dangerous states of mind imaginable, a false sense of security.

Remnants of the old regime remain, like a school district in Florida where teachers allegedly still pull down their masks to yell at students for drinking water. The last holdouts, besides those with monopoly power like teachers’ unions, are folks suffering from neuroticisms like pathogen disgust and obsessive-compulsive disorder. They cling to mandates the way a wet mask clings to human faces to convince themselves that they can control that which cannot be controlled. It is sad but thankfully they are in the minority now in most states and I hope they can get the help they need and be better for the experience. Queue Nietzsche cliche.

I knew the mask consensus was crumbling when I began to notice masks, even the better ones, showing up in all sorts of places where one rarely sees garbage anymore, much less (allegedly) life-saving medical devices strewn about. Yet there they were, on boardwalks and parking lots, even on fairly remote mountainsides. I began snapping pics of them when convenient, in part just to bring attention to their existence. They are literally polluting the planet as well as people’s minds. According to a recent study, humans across the globe now throw away 3 million face masks per minute.

The unedited photographs below (note the occasional shoes and digits) portray over two dozen of those castaways. They expose not just the fact that the wearers valued their masks so little that they carelessly lost or tossed them but also the fact that nobody, myself included, wanted to dispose of these dead masks properly. Some may have feared their presumably Covid-encrusted exteriors while others may have been disgusted that anyone would lose or toss something so valuable.

I, for one, wanted the discards to strangle baby birds to expose the hypocrisy and hubris of the central planning, authoritarian types “leading” the country straight into yet another steaming pile of unintended consequences. If only people had listened to me and live virus inoculated volunteers starting in March 2020 many human and baby bird lives would have been saved. Instead we suffered a hellish year that we will continue paying for, in myriad ways large and small, long into the future.

According to one study, it will take 450 years for some of these masks to degrade. That’s a lot of dead baby birds and a lot of wasted energy, almost for naught. Great job, Homo personatus!

This article, Dead Masks: A Photo Essay, was originally published by the American Institute for Economic Research and appears here with permission. Please support their efforts.