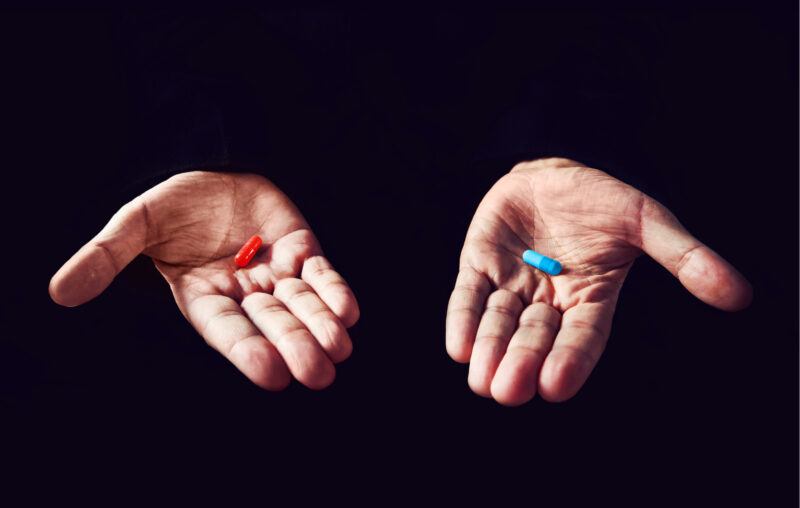 Iterations of a meme circulating around the WWW try to explain why a young man falls off of a bicycle. Some portray him as a shiftless loser who causes his own pain, others as a victim of structural forces like “capitalism.” Such weak memes point to a rising idiocracy, an uncanny ability to reduce a complex reality into mental pablum.

I previously critiqued a meme purporting to mic drop “equity” by looking carefully at the evolution of baseball attendance and free riding, or rather viewing. Here, the forgotten histories of bicycles and America’s system of private security will be used to show, once again, that context is king and reality is much more interesting and enlightening than silly memes.

You probably learned to ride a bicycle with the aid of training wheels or a patient parent holding on to your seat or shirt until you learned to balance on two wheels. The best way to learn, though, is with a balance or running bicycle, a bike with two wheels but no pedals. Riders sit on a seat but run instead of pedal, allowing them to concentrate on balancing and steering. That training works better than training wheels for most people because balance bicycle riders must learn to balance just as with a bicycle with pedals. Training wheels (and tricycles) provide riders too much support, preventing them from learning proper balance.

Tellingly, balance bicycles were not developed to help train bicyclists but rather predate regular bicycles. Invented shortly after the end of the Napoleonic Wars and called dandy horses, they were more efficient than walking/running due to the wheels and less complicated to produce than later bicycles replete with pedals, chains, and gears. In a sense, dandy horses helped to train bicycle developers.

Maybe, though, meme bicycle boy merely suffered an accident. Fluke events are not anyone’s fault, much less structural, except to the extent that gravity or entropy is structural. Moreover, free markets provide solutions in the form of helmets, padding, and insurance. Big insurers offer bicycle insurance, and specialized bicycle insurers have arisen to fill underserved market niches (which as I suggested in Financial Exclusion should be done in such cases).

So much then, for “capitalism” causing the crash. But the meme in its anti-capitalist iterations doesn’t even work as a metaphor because markets long ago created a system of private security destroyed by the New Deal, a massive set of intrusive government policies implemented in response to the Great Depression, which itself was exacerbated if not caused by government policies.

That’s right, when people fall down and go boom in their lives today, it is because of squelched market innovations and government interference, not because of “capitalism.” Sure, market competition leads to winners and losers but everybody knows that going in and those eager to hedge the risk of ending up like meme bicycle boy used to demand the means for doing so.

Businesses were equally eager to supply people who wanted to hedge their risk of failure. Demand met supply to produce a system of private security that reduced what sociologists today call economic precarity. The system would arise again today if government would allow it to, while shuttering its own lame imitations, like Social Security.

What did the system of private security look like? Well, as described in Financial Exclusion and elsewhere, there were places to save money safely called mutual savings banks and credit unions. Insurers compensated people if their automobile or house was damaged, or if they suffered an accident or became disabled or died with dependents. People saved for retirement by buying stocks, bonds, and other securities and when they died those securities passed on to their heirs instead of disappearing as Social Security payments do. That, and a dearth of death taxes, allowed families to build intergenerational wealth.

Perhaps most importantly, tax laws did not yet strongly favor mortgages and zoning rules were lax, so many people saved for retirement or superannuation by buying houses and attached rental properties outright. Renters, sometimes family members and sometimes outsiders, covered taxes and utilities and general upkeep, leaving homeowners with few bills or concerns. And when the homeowners died, as we all must, the house went to their heirs.

Those who suffered accidents like meme bike boy therefore often had relatives who could come to their aid. And, as described in my forthcoming Liberty Lost, charities were also numerous and robust and had incentives to aid those who had fallen due to no fault of their own and to shun those who merely feigned an accident or who crashed due to addictions to alcohol, gambling, sex, and the like, which of course were not the fault of “capitalism” or anything other than personal moral failures.

Some policy memes, like some of the political cartoons of old, constitute powerful ways of spreading important policy points in pithy, thoughtful ways. Many, though, are the weak tea products of minds ignorant of even the most basic tenets of business, economic, and policy history. The next time you feel like creating or spreading one of that sort of meme,

This article, Dandy Horses, Memes, and Private Security, was originally published by the American Institute for Economic Research and appears here with permission. Please support their efforts.