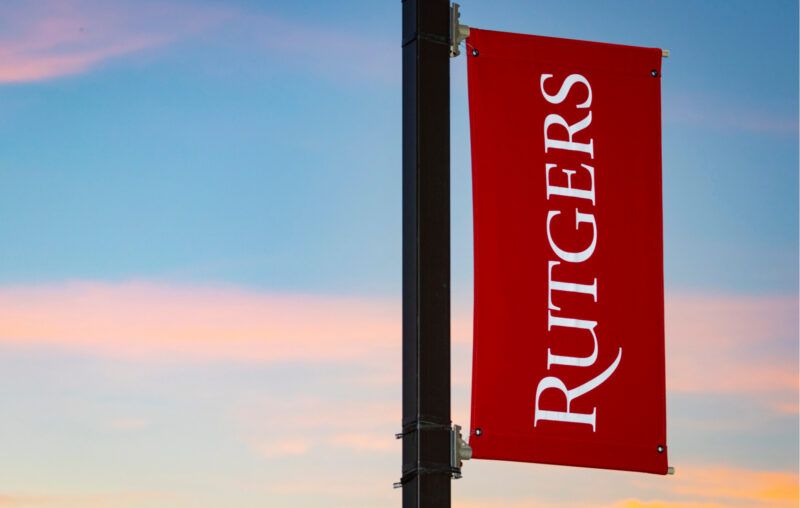 The American legal system is the most respected in the world. Its intellectual roots go back to antiquity whether it be ancient Roman Law, which forms the foundation of the Western legal order, to the English system of common law, and the notion of a separation of powers articulated by Montesquieu. This is our heritage and it is worth defending. Not just because it has fostered a society that possesses equality under the law, prosperity, and order, but because it also allows the coexistence of diverse opinions. Even those who oppose this system of ordered liberty and legal equality in favor of more arbitrary and authoritarian schools of thought may still uphold their beliefs provided coercion is not invoked. That is because the American legal tradition is fundamentally about preserving individual rights and dignity. That is also why the emergence of critical race theory in the legal academy as not simply an intellectual pursuit but a mandated practice should be incredibly disturbing.

On May 17, 2021, the Foundation for Individual Rights in Education put out a press release condemning the actions taken by the Student Bar Association of Rutgers Law School, the largest public law school in the Northeast. The SBA, in a shocking and unconstitutional move, mandated that student organizations host programming regarding critical race theory in order to receive school funding. FIRE writes,

The SBA of Rutgers’ Camden campus added a section to its constitution entitled “Student Organizations Fostering Diversity and Inclusion” on Nov. 20, mandating that any group that wishes to receive more than $250 in university funding must “plan at least one (1) event that addresses their chosen topics through the lens of Critical Race Theory, diversity and inclusion, or cultural competency.” Last fall, 19 of 22 student groups requested more than $250.”

If you know anything about running a student organization, $250 can get you a few pizzas for some meetings but that’s about it. Without extra funding, guest speakers, banquets, conferences, reading groups, and other significant events are out of the question. Most importantly, a public school cannot discriminate based on viewpoint or compel speech which is exactly what this policy does. In a formal letter to Rutgers President Jonathan Holloway FIRE notes,

“The SBA’s mandate puts student organizations in the unenviable position of deciding either to falsely affirm their belief in an ideological proposition with which they disagree or on which they simply prefer to remain silent, or to forgo accessing university resources. This amounts to compelled speech in violation of the First Amendment.”

In particular, FIRE notes that it was alerted to this development by the school’s Federalist Society chapter, which would understandably be threatened by such a policy of viewpoint discrimination. FIRE notes,

A regime of viewpoint discrimination and compelled speech is tremendously damaging to higher education in general as it stifles the very essence of what it means to engage in the pursuit of knowledge. It is far more dangerous in the legal academy not only because a legal education is very much about rational argument and discussion but because the entire premise of American law is the classical liberal tradition.

Of all things, Critical Race Theory should be the last that is not only taught but enforced. One of the core reasons is because it is directly antithetical to the American legal tradition due to its blatant political underpinnings. Phil Magness discusses this issue when writing about intersectionality, another theory coined by Kimberle Crenshaw, the architect of Critical Race Theory, by pointing out

“Here I refer to the scholarly literature, including subsequent contributions by Crenshaw, that takes the relatively uncontroversial if also mundane elementary iteration of the concept then extends it to a universal mode of socio-political analysis and, with it, socio-political activism.

Examples of compound intersectionality theory abound in the scholarly literature, often taking the form of sweeping denunciations of disliked beliefs, concepts, and social institutions. In most forms it functions as a normative identification strategy to imbue the characteristics of racism, sexism, white supremacy, and other bigotries onto the oppositional target of the activist’s political agitation.”

Critical Race Theory much like intersectionality has a commonsense and acceptable component to it but then gives way to a vast manifesto of blatantly Marxist political objectives. In fact, an article published by the American Bar Association’s Human Rights Magazine even acknowledges this and endorses Critical Race Theory by writing,

“Another important consideration is that many of our nation’s systems and structures—including the legal system—were created when people of color were denied full participation in American society. Therefore, as many critical race theorists have noted, CRT calls for a radical reordering of society and a reckoning with the structures and systems that intersect to perpetuate racial inequality.”

The article is of course vague on what this radical reordering of society will look like but judging by what the critical race theorists have deemed racist, which ranges from capitalism to the entire American Founding, we can be assured they would be coming for the entire constitutional order.

In fact an article published by The First Amendment Encyclopedia references Critical Race Theorist on legal theory by writing,

“For example, instead of helping to achieve healthy and robust debate, the First Amendment actually serves to preserve the inequities of the status quo; there can be no such thing as an objective or content-neutral interpretation in law in general or of the First Amendment in particular; some speech should be viewed in terms of the harm it causes, rather than all speech being valued on the basis of it being speech; and there is no “equality” in “freedom” of speech.”

Legal scholars who subscribe to Critical Race Theory seem to view the entire constitutional order not just in contempt, but subscribe to interpretations of legal theory that have little standing in any sort of serious understanding of the law. The First Amendment states that,

“Congress shall make no law respecting an establishment of religion, or prohibiting the free exercise thereof; or abridging the freedom of speech, or of the press; or the right of the people peaceably to assemble, and to petition the Government for a redress of grievances.”

Nowhere in the text does it say anything about fighting inequality, protecting individuals from “hate speech,” or any sort of recommendation to taking account arbitrarily assigned power dynamics. A healthy and robust debate is facilitated by free speech, and you either believe in free speech or you don’t. If you believe that some people should not be able to speak their minds, provided they are not calling for violence in the discreet ways that have been established by legal precedent, then you do not believe in free speech. If you believe that somehow it is possible for certain people (likely you and your colleagues) to determine who is able to speak freely and whose speech preserves the inequalities of the status quo, that makes you a tyrant. Critical Race Theory in the legal academy is the equivalent of Modern Monetary Theory in the field of economics. Both are not only dangerous, but their assertions are so disconnected from any respected academic understanding of economics or law that it is clear it is more of a political tool rather than a serious discipline worthy of application.

The policy undertaken by Rutgers’ SBA is unconstitutional on its face but deeply troubling for what it symbolizes. It openly strays from the perfectly permissible but potentially misguided endorsement of Critical Race Theory to blatantly mandated conformity and compelled speech. It would be beating a dead horse to lament that higher education is blindly leading itself down a path that is self-destructive when it comes to the diminishment of intellectual diversity and the establishment of an ideological orthodoxy. However, the slow degradation of the American legal academy in this fashion should be especially concerning. That is not only because law students and faculty should already know full well the values of open debate and individual dignity, but because they are quite literally the vanguard of our legal order.

This article, Critical Race Theory Comes for the Legal Academy, was originally published by the American Institute for Economic Research and appears here with permission. Please support their efforts.