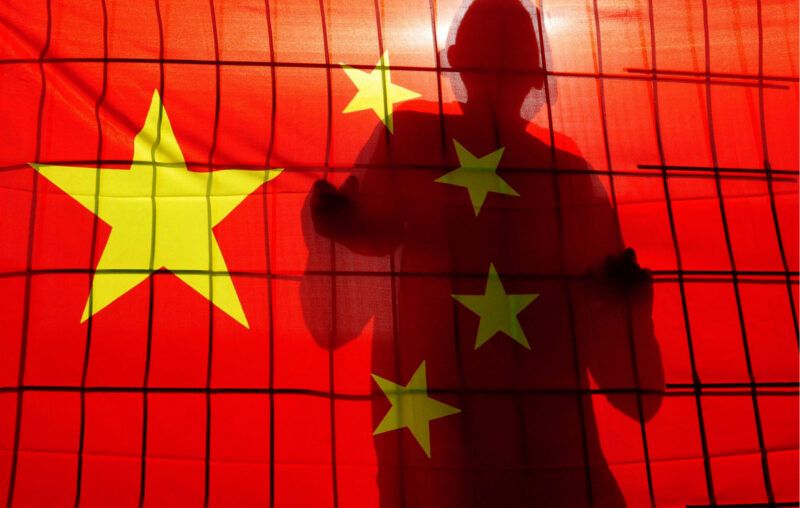 In Part One of this article series titled Cracks in the Great Wall, I discussed some of the indicators that show that China’s strength and stability are now starting to come into question. This is contrary to the common narrative that China is an ascendant and fearsome adversary that somehow defies the laws of political science and economics. This article will explore in greater detail the faults starting to form in China’s political economy.

China has certainly earned the right to say it is a major global power, as it has gone from one of the poorest countries in the world to the world’s second-largest economy in less than a single lifetime. The explanation is quite simple, China implemented a series of liberal economic and political reforms, which combined with relatively dependable leadership, led to tremendous gains. In particular, China became the world’s manufacturing hub, which provided countless middle-income jobs and paved the way for greater economic development. Many China hawks have lamented that the West has been played, handing over valuable business to a now existential threat. They are only partially correct.

In order to remain in power, the CCP must maintain strict control over civil and economic life, but doing so will stunt growth and potentially lead to popular discontent. If China wishes to continue growing and maintain its power in the world, it must pursue further liberalization and globalization, which will likely lead to greater loss of power for the CCP domestically and potentially greater social unrest due to an influx of foreign influences. This of course infamously led to the culmination of the 1989 Tiananmen Square Protests that soon became a state-sponsored massacre which rocked the country to its core.

This paradox presents an interesting opportunity for the West and its allies to exploit in curtailing the CCP’s authoritarian ambitions without the use of unproductive trade wars or military escalation. That is exacerbating China’s growing pains by increasing our economic dynamism at home, diversifying supply chains abroad, and increasing engagement with China.

Communist China’s first leader, Mao Zedong, although certainly a cunning political figure, also oversaw perhaps one of the most brutal self-imposed acts of state violence and incompetence in the modern era. The Great Leap Forward, for example, was an utterly disastrous attempt at Socialist land reform that killed an estimated 30-55 million people from 1958-1961. For reference, the combined global death toll for World War II soldiers is estimated at 15 million.

After Mao’s death, the Chinese Communist Party undertook a series of market-oriented reforms in 1978 to bring China out of rural poverty. This entailed policies such as opening the economy to foreign investment, removing price controls, strengthening property rights, and increasing private ownership of industry.

China’s economy began a swift transition from a predominantly agricultural society to a manufacturing powerhouse. This is the natural progression of economies. The United States during the Industrial Revolution transitioned from an agricultural economy to a manufacturing economy, and then to a high-pay, high-skill service economy. Provided below are graphs detailing the radical evolution of China’s economy post-liberalization.

The combination of cheap labor, a young working-age population, and new investment opportunities led to the initial economic boom post-1978. Although it is worth noting that Chinese growth statistics are manipulated and inflated, so the true extent of progress is likely lower than what is made available, albeit it is still impressive and demonstrates the power of even limited economic freedom.

Furthermore, a 2001 testimony on human rights in China published by the Brookings Institution even noted,

“There is evidence, for example, that China’s experiments in legal reform and its relaxation of social controls, although limited, are more advanced and more vigorous than those in Vietnam, Laos, Cuba, North Korea and Burma.”

This trend towards greater human rights and legal reform has since been drastically reversed in recent years, but it is worth noting that there has been progress on this front. Some of the greatest contributors to this reversal include the CCP’s ongoing human rights abuses, particularly in Xinjiang and Tibet, as well as the recent calls for greater alignment of the rule of law with the political objectives of the party.

Nonetheless, China’s leaders can certainly claim that they have brought about an unprecedented improvement in living standards thanks to their limited embrace of economic and political liberalization.

China Has Dug Itself Into a Political-Economic Hole

It is now empirically demonstrable that economic freedom, the rule of law, and civil freedom are highly correlated with economic prosperity. The Chinese would not have adopted such reforms if they didn’t know that as well, and their recent success only confirms that point. At the same time, the Chinese are starting to increase their control over economic and social life, likely in response to outside influences that could undermine political stability. This will come at a cost for China’s long-term economic growth, which would be necessary to remain globally influential and also maintain internal stability over the long term.

China still maintains a number of highly counterproductive Socialist economic policies. One of the most critical issues being the high prevalence of state-owned enterprises and massive amounts of debt stimulus that is now raising questions about a possible debt crisis. China Power, a project run by the Center for Strategic and International Studies writes,

The exact number of SOEs operating in China is unknown. According to the China Statistical Yearbook, there were a total of almost 19,000 state-holding industrial enterprises in China, but foreign estimates place the total number as high as 150,000. These enterprises are most concentrated in chemical manufacturing, mineral manufacturing and the production of electricity and heat. In general, SOEs show greater levels of leverage and lower levels of profitability than private enterprises.

This is the lesson that we have learned in the West and hopefully remember. That is, the government cannot run the economy; private enterprise is not only far more innovative but also far more efficient. Chinese billionaire Jack Ma famously criticized China’s poorly run state banking system that not only continues to fuel a massive potential debt crisis but also lends to uncompetitive companies. In exchange for his insight, he was forced to disappear from private life and the CCP unleashed a crackdown on the financial tech sector. The CCP has recently unleashed a curb on domestic tech companies like Didi and other Chinese firms listing on US stock exchanges. Such behavior will understandably have negative consequences for long-term growth as it is nearly impossible to develop highly innovative domestic industries or even just raise foreign capital under such a regime.

In fact, a report from the American Enterprise Institute cites this unlikeliness to enact pro-growth reforms, alongside mounting debt, and an aging population (which is in part due to Chinese population controls), as reasons why the Chinese economy is set to stagnate. Unfortunately for the CCP, stagnation, especially with other countries like India on the rise, means a loss of desperately needed economic influence abroad and potential civil unrest domestically.

Finally, there is the commonsense observation that oppressing potentially productive citizens is bad for economic growth and innovation. If you want to get technical about it, the great economist Deirdre McCloskey has written volumes of books on how the widespread acceptance of individual liberty and self-fulfillment for private gain led to the vast explosion of productivity across the world. It should not be too controversial to suggest that every person staying silent for fear of being persecuted, every political dissident rotting in jail, every religious or ethnic minority being rounded up and thrown in an internment camp, could have been a very productive person, if not a superstar for China. Just a thought.

An Economic Race Against Time for China

Although China may be the world’s second-largest economy, it has only gotten there because of the sheer size of its population. In 2020 the World Bank indicated that Chinese GDP per capita was at $10,500; for reference US GDP per capita was $63,500, which is a decrease from 2019 because of Covid-19 and lockdowns.

From a structural standpoint, that is because the United States is a consumer nation with a service-oriented economy, as all rich countries are. China is trying to transition to this style, which means moving from being the world’s producer of garments and toys to a hub for technology, finance, and other high-paying jobs. On this matter, Bloomberg has reported that a Chinese economic official admitted that consumption as a portion of Chinese GDP has been set to slow for the foreseeable future.

Essentially, China needs to fight its way to the top of the global supply chain, which is extremely difficult with such a cumbersome state-run economy. Think of it this way; although China may be the global producer of iPhones, they are merely assembled in China, which could be easily outsourced to other countries if it isn’t happening already. The most important components like semiconductors come from more advanced as well as far freer tech-oriented countries like Taiwan and Japan. Finally, product design, the most important step in the supply chain, is done in the United States, a nation that radically embraces free enterprise. It would be an understatement to say that China faces some formidable rivals in this arena, especially given its clunky authoritarian economic model and the increasingly heavy baggage associated with doing business with China.

Finally, while China is fighting an uphill battle to transition to a more modern economy, the original source of its prosperity, manufacturing, is leaving for other countries. Suppliers are starting to outsource their production to countries like Vietnam, India, and even countries in Africa. This is because of a variety of factors, which range from a disruption of supply chains due to the recent US-China trade war, cheaper labor in emerging markets, more favorable investment opportunities, and human rights concerns that come with dealing with the CCP.

Whether or not China will be able to make the transition to an advanced and innovative economy with the amount of counterproductive economic and social controls it maintains is yet to be seen. At the same time, it is facing a number of time-sensitive issues such as the departure of its manufacturing base, a potential debt crisis as a result of its reckless state lending programs, and a growing list of powerful geopolitical skeptics. These problems could easily be overcome by abandoning its authoritarian model, but that would spell the end for the CCP’s rule.

The idea I have just laid out is not novel. E.C. Harwood, the founder of AIER, made the same observation about the Soviet Union in his book The Counterrevolution roughly 50 years ago. He noted that the USSR under its authoritarian model would never be able to economically outcompete America and the West unless we lost faith in our free market system and moved to copy the Russians. The same holds true for China today.

This article, Cracks in the Great Wall Part 2 – China’s Economic Paradox, was originally published by the American Institute for Economic Research and appears here with permission. Please support their efforts.