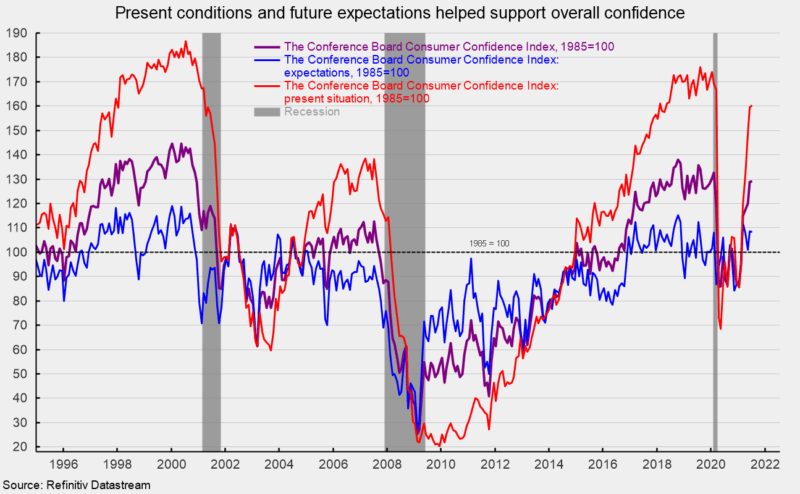 The Consumer Confidence Index from The Conference Board rose slightly in July, up 0.2 points to 129.1, the highest level since February 2020 and in a range consistent with strong economic growth (see chart).

The two major components of the index had small changes for the month, both remaining at relatively high levels. The present-situation component rose 0.7 points to 160.3, the highest level since March 2020.

Expectations for future income improved with 20.6 percent expecting an increase while 8.6 percent expect a decrease, leaving the net percentage at 12.0 percent. That positive result helped support future buying plans as percentages for buying a home, auto, or major appliance all rose in the latest month.

Overall, the survey results suggest consumer attitudes remained at favorable levels and are consistent with continued economic growth. Reduced government-enforced restrictions on consumers and businesses are driving stronger economic activity and boosting consumers’ views of current conditions and expectations for the future.

This article, Consumer Confidence Remained Strong in July, was originally published by the American Institute for Economic Research and appears here with permission. Please support their efforts.