Complexity in the Service of Simplicity 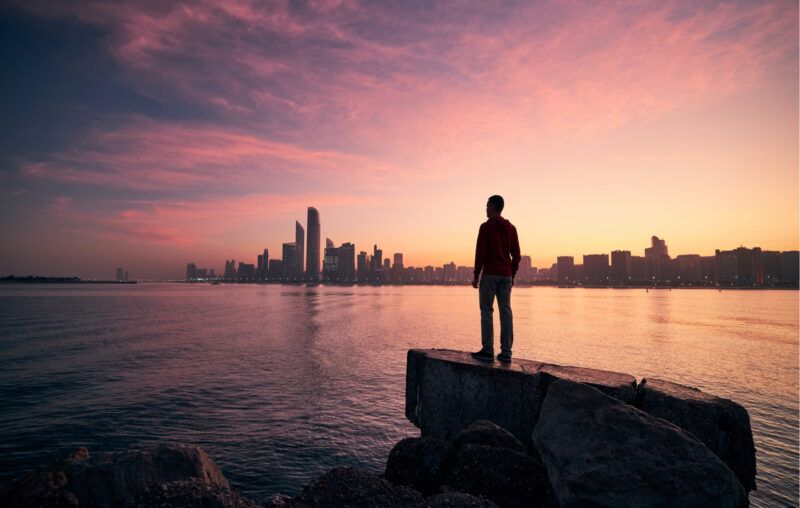 The lives of us denizens of modernity are history’s simplest. By far. Compared to our pre-industrial ancestors, each of us today has a far simpler time acquiring food, shelter, clothing, education, and useful medical care and relief from pain.

Even compared to our literal grandparents – and in many cases, compared to our literal parents – the lives we lead today are simple. Fifty years ago, long-distance travel was much more difficult than it is today, as was the making of long-distance telephone calls and the buying of books and recorded music. Fifteen years ago, no ordinary person could listen to music simply by streaming it. Nor could he or she obtain most of the conveniences now commonly and simply available through smartphone apps.

As Adam Smith emphasized nearly 250 years ago, the greater the degree of specialization among producers – what Smith called “the division of labour” – the more productive is each producer. And the more productive is each producer, the greater is everyone’s access to goods and services. Lives are made simpler by simply having more stuff such as food, clothing, and shelter. Less time and effort are spent preparing for possible severe deprivations. Also, less time and effort are spent arranging for the reuse of materials and for the repairing of damaged goods. (When was the last time you darned a pair of socks?)

As producers become ever-more specialized, the processes and institutions that connect them constructively to each other – and to consumers – become ever-more complex. A cobbler need only acquire leather from the tanner across town, who in turn acquired rawhides from local farmers. Most of the productive actions that go into a pair of cobbler-made shoes are performed by the cobbler and a handful of other input suppliers. One human being can observe all of these actions and comprehend them.

But cobblers cannot make shoes in the enormous quantities that we today take for granted. Today’s shoes are made (and transported to market) largely by machines, each of which is a complex assortment of material inputs (including electricity, which must be generated and transmitted) and innovative ideas that originated in at least a few dozen different places around the globe. The markets – and market and legal institutions – that connect these many input suppliers to each other are themselves complex, relying as they do on particular contractual provisions, insurance availabilities, transportation options, and organizational arrangements.

The best way to organize some ‘stages’ of the production or distribution process of shoe inputs might be to have each of these stages performed by a single firm. For example, the same firm that stitches together the tongues, eyestays, and toe caps might also fasten the entire upper parts of the shoes to the soles. The optimal means of performing other ‘stages,’ though, might be performed by two or more different firms. Does the firm that fastens together all parts of the shoes also itself transport the finished shoes to wholesalers, or does that firm purchase this transportation service from another company?

In this way, particular means of production and distribution frequently change, with improved means replacing older means. This ongoing “process of creative destruction” (famously celebrated by Joseph Schumpeter) is itself complex because it is open-ended. The creative ideas that drive it, and the particular results that it generates through time, are unpredictable. The overall result is a dynamic, churning economy the details of which are impossible for any human mind to comprehend, and much less to predict.

Astute readers will suspect that the complexity that I describe here is the same as the complexity identified so brilliantly by Leonard Read in his 1958 essay “I, Pencil.” This suspicion is partly correct. We today have access to high-quality, inexpensive pencils precisely because each of the countless tasks involved in producing pencils is not only highly specialized, but also is performed by those individuals who in the global economy currently have a comparative advantage at performing the tasks they perform.

But my argument here goes beyond “I, Pencil.” It explicitly recognizes that each of the tasks required for the making of an ordinary, commercial-grade pencil itself is the result of an entrepreneurial spark of creativity. Because entrepreneurial creativity cannot be planned, a competitive process is necessary to determine if and just how any particular creative idea will be fitted into the larger production and distribution process. The result – which cannot be too often emphasized – is economic dynamism the details of which simply cannot be foreseen or even fully understood. In this way a market economy is indescribably complex.

Finally, the freedom of entry and exit that entrepreneurs enjoy in market economies – and the resulting competition – drives many entrepreneurs to devise final goods and services that make consumers’ lives increasingly simpler. Because each of us generally prefers to achieve each of our goals with as little time and trouble as possible, the profits available to entrepreneurs who satisfy this preference are sizable. Jeff Bezos’s fortune is built on his success at tapping into the complex global economy to arrange to simplify our efforts to acquire a wide range of retail goods. The same is true of the fortune that Sam Walton earned before the arrival of the Internet and Bezos. The earnings of producers of Keurig-style coffee brewers come from the greater ease of brewing coffee made possible by those machines – machines that are produced by the complex global economy. Companies such as Procter & Gamble, Johnson & Johnson, and Unilever – and General Electric, LG, and Bosch – incessantly compete in the complex economy to offer ever-better products that make the performance of household chores ever-more simple.

All of this competition both contributes to, and relies upon, the modern economy’s enormous and largely unseen complexity. The modern economy can well be described as ever-increasing complexity in the service of ever-more simplicity.

This article, Complexity in the Service of Simplicity, was originally published by the American Institute for Economic Research and appears here with permission. Please support their efforts.