Commodity Catastrophe! The Ukraine War Has Thrown Global Markets Into A State Of Complete And Utter Chaos 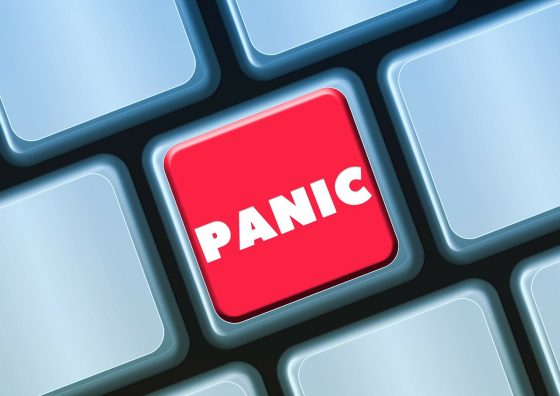 There are some people out there that thought that global financial markets would be largely unaffected by the war in Ukraine.  Those people were wrong.  This week, investors have received a very rude wake up call.  Stock prices are plunging, commodity prices are going completely nuts, and a very thick cloud of fear has descended upon Wall Street.  The fact that this war has permanently changed economic and financial conditions is starting to sink in, and it is likely that the level of panic will continue to rise in the days ahead.

At this point, even average people on the street are having discussions about the price of oil.  Just a few hours ago, it briefly spiked to 139 dollars a barrel…

US crude futures jumped 6% to trade at $123 a barrel. Brent crude, the global benchmark, briefly spiked as high as $139 a barrel before easing back to $125. That’s still a leap of more than 35% in just one month.

We all knew that the price of oil was going to be going up, but very few of us expected this sort of dramatic movement so soon.

And as the price of oil goes up, so does the average price of gasoline in the United States.  According to Gas Buddy, the all-time record was just broken for the very first time since 2008…

The national average price of gasoline in the U.S. today broke the existing record, rewriting the all-time high to today’s $4.104 per gallon, according to GasBuddy, the leading fuel savings platform saving North American drivers the most money on gas. The previous all-time high was set back in 2008 at $4.103 per gallon, just ahead of the U.S. Great Recession and housing crisis. The national average price of diesel is also nearing a new record, now at $4.63 per gallon, likely to break the record of $4.846 per gallon in the next two weeks.

If you can believe it, some investors are anticipating that things will get much, much worse in the weeks ahead…

Prices to buy call options at higher prices surged Monday as the market assessed the possibility of a supply cut-off from Russia, one of the world’s biggest exporters. More than 1,200 contracts for the option to buy May Brent futures at $200 a barrel traded on Monday, according to ICE Futures Europe data. The options expire March 28, three days before the contract settles. The price to buy them jumped 152% to $2.39 a barrel.

A $150-a-barrel call option for the June Brent contract doubled from Friday, according to ICE, while the cost of $180 call options jumped 110%.

It may not happen immediately, but I do believe that we will eventually see oil trade for $200 a barrel.

Of course the Russians are even more pessimistic.  They are telling us that it could actually reach $300 a barrel.

Instead of doing something to fix this crisis, the Biden administration continues to act as if we are living in some sort of a fantasy world.  On Monday, Vice-President Kamala Harris was trotted out to encourage everyone to transition to electric vehicles…

‘We are all in the midst of a turning point. We have the technologies to transition to a zero emission fleet,’ Harris said during the announcement. ‘We can address the climate crisis and grow our economy at the same time.’

Perhaps someone should explain to Harris that the vast majority of Americans can’t afford to purchase a new electric vehicle at this moment.

Most of us are just going to have to get by with the vehicles that we have right now, and filling up those vehicles with gasoline is going to become really, really painful.

Meanwhile, wheat futures closed “limit up” once again on Monday…

Among other commodities, the type that actually matter when considering social unrest and revolutions, wheat futures closed limit up again at a record $1,425 translating into an all time high $12.94 per bushel on fear Ukraine and Russian output will be cut off.

Yesterday, when I warned that we were headed into an unprecedented global food crisis, I was not exaggerating one bit.

The era of cheap bread is over.  It won’t be too long before five dollars for a loaf of bread is considered to be a bargain, and so I would encourage you to stock up now.

I warned about a coming global famine in Lost Prophecies, and I warned about it again in 7 Year Apocalypse.  This is not a game, and the things that so many of us have been warning about are starting to come to pass right in front of our eyes.

Other commodities are going up even faster than the price of wheat.

If you can believe it, the price of nickel had risen by 82 percent at one point on Monday…

Nickel prices soared as much as 82% to $52,700 a metric ton, the highest in the 35-year history of the contract trading on the London Metal Exchange, as fears over Russian supplies triggered a historic short squeeze according to Bloomberg.

The metal added more than $22,700 to trade at a record-high $52,700 a metric ton. That builds on nickel’s 19% surge last week as banks cut exposure to Russian commodity suppliers because of Western sanctions and shippers, such as Maersk, stay clear of Russian and Ukrainian ports.

Nickel is used in countless products.  You will find it in batteries, in stainless steel, in coins and even in guitar strings.

Russia is a large producer of nickel, supplying about 6% of global demand, according to Bloomberg. Over 70% of the nickel production is used in stainless steel. And 7% goes into EV batteries, where demand is growing in leaps and bounds. But EV batteries use highly pure “Class-1” nickel, of which Russia’s MMC Norilsk Nickel PJSC produces 17% of the supply.

On Monday, we actually witnessed the worst day of the year for both the Dow and the S&P 500…

The fact that the Nasdaq is now in bear market territory doesn’t tell the whole story.

At this point, there are quite a few tech stocks that are already down more than 75 percent from their all-time highs.

There is carnage everywhere that you look on Wall Street, and many are wondering if the big crash is finally upon us.

I don’t have an answer to that question, but things certainly don’t look good.

The markets have been teetering on the brink of a precipice for a long time, and now the war in Ukraine may finally be the event that pushes us over the edge.