Coin Can’t Save US from Debt Crisis 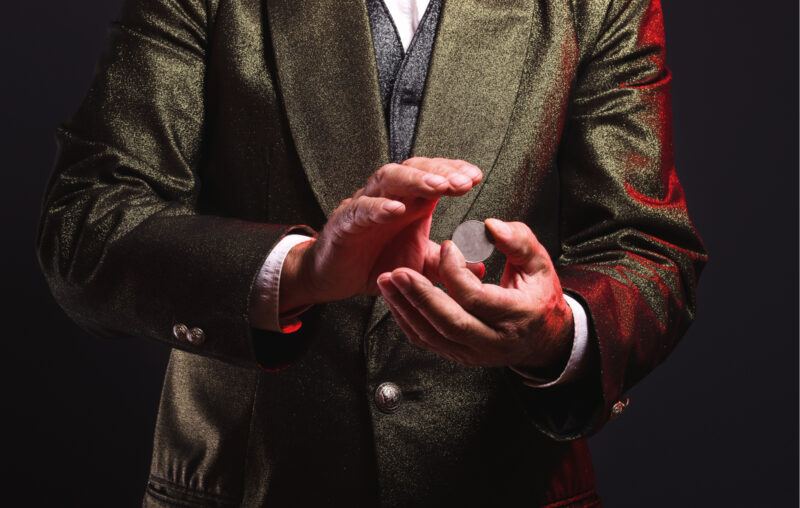 Another US debt crisis looms because Congress has yet to authorize an increase in the national debt ceiling. It isn’t the first time such a crisis has occurred and, alas, probably won’t be the last as reconstitution of America’s fiscal constitution seems unlikely anytime soon.

In fact, if Paul Krugman gets his way, America’s fiscal situation will be getting much worse very soon. That’s right, like other Progressive canards, his ill-conceived trillion dollar platinum coin idea has sprung back to life, like a zombie. It’s time to shoot this one, like DC statehood, dead in the head.

Here’s the Nobel winner’s idea: if the Treasury needs money to pay Uncle Sam’s bills, which have grown quite hefty of late, and it can’t borrow, it can expend a paltry sum to mint a platinum coin stamped with the desired amount, deposit it at the Federal Reserve, and then draw on its Fed account to pay America’s creditors, from China to grandma.

If that sounds weirdly specific, it is because 31 USC §5112 describes the types of coins that Treasury may lawfully mint in excruciating detail, like “a quarter dollar coin that is 0.955 inch in diameter and weighs 5.67 grams.” But section K states that “The Secretary may mint and issue platinum bullion coins and proof platinum coins in accordance with such specifications, designs, varieties, quantities, denominations, and inscriptions as the Secretary, in the Secretary’s discretion, may prescribe from time to time.”

If you are a Progressive economist or some other pundit who has never studied the history or institutional economics of money, that might sound to you like it authorizes the Treasury to mint a platinum coin worth $1 billion, trillion, gazillion. But it most assuredly doesn’t.

In early 2013, the Treasury Department contemplated Krugman’s coin trick but rejected the idea. Coverage in the Washington Post and elsewhere was, however, unclear as to why, implying that there was some discretion in the decision because of an inadvertent loophole in the law. Only somebody with loopy literacy skills, though, could perceive a loophole.

Section K clearly states that the Secretary of the Treasury is only authorized to issue bullion or proof platinum coins. As their name implies, bullion coins are not like the fiat or fiduciary coins detailed in other parts of the law, like the quarters Americans are accustomed to slide into vending machines and such. The market value of the metal in a fiduciary coin is worth less, sometimes much less, than the coin’s face (legal) value. That’s so nobody has an incentive to melt it down.

The market value of the metal in a bullion coin, by contrast, is worth more, often far more, than the coin’s face value. The American Platinum Eagle, for example, is stamped $100 but because the coin contains 1 troy ounce of platinum nobody in their right mind would pay off a $100 debt with it. Instead, they would sell it for about $1,000 in Federal Reserve Notes, give or take, pay off the debt, and keep the change. (Proofs are just extra shiny bullion coins struck for collectors.)

For the Treasury to lawfully strike a $1 trillion bullion or proof coin, it would have to buy at least $1 trillion worth of platinum. At a thousand bucks an ounce, mas o menos, the coin would weigh 1 billion ounces, or 62.5 million pounds. Good luck with that, physically speaking, but also recall that the problem to be solved is insufficient funds in the Treasury. So, yeah.

A more important problem is that our monetary system was specifically designed to minimize the Treasury Department’s ability to engage in monetary policy, which is the job of the Federal Reserve. Treasury is supposed to collect taxes and borrow money when necessary, not issue its own fiat money. If Treasury can just slap a figure on a hunk of metal and demand that the Federal Reserve credit its account with that figure, it could force the creation of as much money as the politicians controlling it want. That would be tantamount to the adoption of Modern Monetary Theory, a recipe for disastrous hyperinflation.

Obviously, the US Treasury is responsible for minting fiduciary, bullion, and proof coins but it cannot lawfully force them into circulation. As 31 USC §5112 makes clear in six different places, Treasury’s sole role is to respond to demand, to replace a $1 Federal Reserve Note with 4 quarters or 20 nickels when consumers prefer. It literally just makes change.

If you don’t believe me, check out a book by Fed researcher Francois Velde and 2011 Nobel Prize winner Tom Sargent called The Big Problem with Small Change, which describes the “standard formula” that emerged in the 19th century whereby mints created bullion coins of large denominations and small fiduciary coins for making change. In the 20th century, with the demise of the gold standard, the standard formula came to mean that consumers and central banks determine the money supply, including the supply of bank deposits and notes, while mints only provide the fiduciary coins needed to make small payments or round out retail cash transactions.

Of course in the current political environment the Treasury Secretary might try to break the law by issuing a fiduciary platinum coin stamped with some outrageous sum. For it to have the desired effect, however, the Federal Reserve would have to also break the law by accepting it at its face instead of its intrinsic value. That would entail the commission of multiple felonies related to counterfeiting and money laundering and mass misprision of felony (similar to misprision of treason) if allowed to stand. Though I would love to see our putative rulers hoist with their own platinum petard, I would prefer sane leadership instead.

This article, Coin Can’t Save US from Debt Crisis, was originally published by the American Institute for Economic Research and appears here with permission. Please support their efforts.