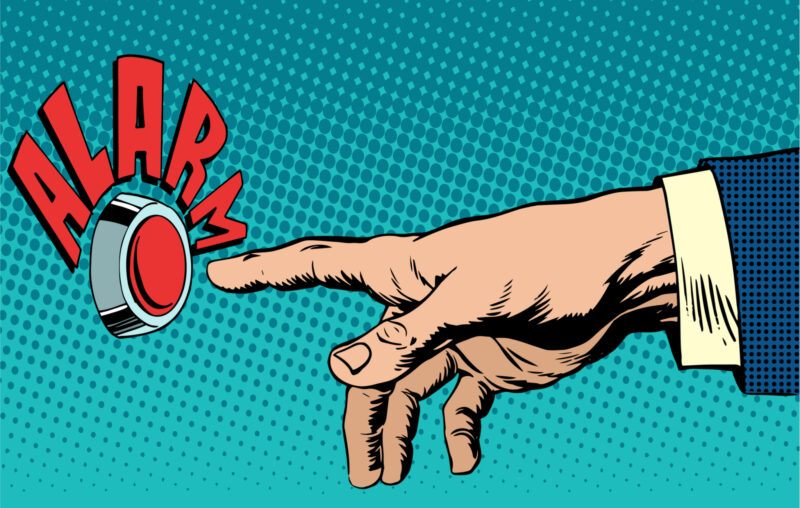 CNN and other alarmist mass media outlets have been implicated in the deaths of hundreds of thousands of Americans but nobody seems to care, including those outlets themselves. Throughout the pandemic, CNN and certain other cable news networks deliberately induced panic in order to boost their ratings and the CDC recently revealed that anxiety is the second most important contributing factor to death from/with Covid. Mass media pundits may have been as deadly as Masses or mass meetings.

Anxiety, you see, suppresses the immune system, making panicked people more likely to contract and spread Covid and other infectious diseases and less able to fend off those nasties once infected. It stands to reason, then, that outlets that remain laser-focused on facts, like AIER, and that stressed moderate policies, like the Great Barrington Declaration, saved lives to the extent that, despite suffering sundry forms of censorship, they were able to calm anxieties.

First, CNN et al. It is by now notorious that its producers were caught on tape admitting that its infamous death ticker was a cynical ploy to boost ratings. Producer Charlies Chester told his fake Tinder date that “fear really drives numbers … which is why we constantly have the death toll on the side.” (The video is such a smoking gun that it is technically illegal in Massachusetts and other states that have effectively outlawed the Second Amendment.)

Chester admitted that constantly displaying the seemingly quickly increasing number was not to inform audiences but to get them to keep tuning in. Network president Jeff Zucker, Chester said, used a “red phone” to tell producers to ratchet up the number for ratings effect.

While it remains unclear why anyone would watch cable news for any reason, people did tune in, in large numbers, and many found themselves made more anxious by the spectacle they saw to the point that some semi-responsible mass media outlets, like the BBC, questioned whether remaining informed was worth the emotional costs of the nonstop Covid death cult coverage.

If people had known about the close link between anxiety and death, they most certainly would have turned off the boob tube and maybe the few news executives who still have souls would have toned down the death and despair angle too. Then president Edward Stringham knew nothing good could come of the constant hype and ordered TV coverage turned off in AIER offices during working hours.

Second, the CDC, the putative “science,” has established that anxiety was linked to Covid-19 infection and death. In a study released on 1 July and titled “Underlying Medical Conditions and Severe Illness Among 540,667 Adults Hospitalized with COVID-19, March 2020-March 2021,” a score of Ph.D. and M.D. researchers show that “the strongest risk factors for death were [1] obesity … [and 2] anxiety and fear-related disorders.”

The authors point out, however, that the exact causal connections between anxiety and death by/with Covid-19 remains unclear and “may include a reduced ability to prevent infection among patients with anxiety disorders, the immunomodulatory and/or cardiovascular effects of medications used to treat these disorders, or severe COVID-19 illness exacerbating anxiety disorders.”

In any event, sitting around watching CNN while stress eating was hardly a recipe for immune system health. And that points to one of the many bizarre aspects of the public health policies promulgated during the pandemic, the almost complete lack of calls for improving immune health, which can be greatly augmented through proper diet, exercise, and attitude. Instead, many lockdown policies served to limit exercise and many who tried to discuss vitamins found themselves attacked and censored.

In fact, as clinically nearly useless and environmentally harmful mask mandates begin to creep back into policy discourse, it is important to point out that individual measures, including losing weight and boosting natural immunities, is a much more effective way of “staying safe,” from all sorts of maladies, than top-down policies. Listen to your personal doctor, not Dr. Fow Chi, and for goodness sake read rational sources of news, or better yet listen to them while getting some exercise. And eat a lemon instead of watching one.

This article, CNN’s Death Toll, was originally published by the American Institute for Economic Research and appears here with permission. Please support their efforts.