China’s Export Subsidies Are a Gift 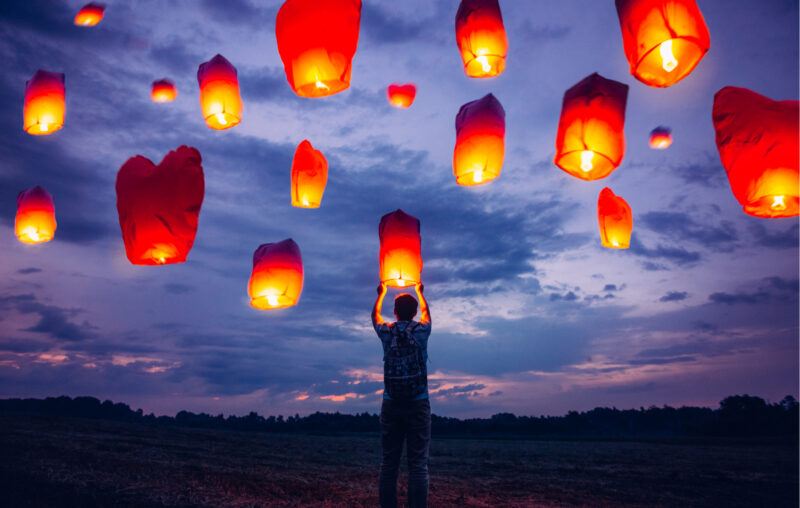 Instead of making a beeline to the nearest Hallmark store to buy thank you cards to send to the Chinese government for the subsidies it provides to Chinese exporters, the Biden Administration is reportedly developing a strategy to add new sanctions against China, including new tariffs on Chinese imports. According to the Wall Street Journal, the Administration furthermore wants to elicit the assistance in this effort of Japan and other Asian nations as well as seek support within the broader World Trade Organization. Such a strategy would carry on, at least in spirit, the Trump Administration’s conflation of the costs and benefits of trade. It is a policy that not only says “no thank you” to what should be a welcome gift but perversely says that because China chooses to shoot itself in the foot, the United States and its allies must retaliate by doing likewise.

Consistent in spirit with this new strategic initiative, the U.S. International Trade Commission currently has fourteen ongoing investigations of “import injury” in which China is implicated. Imported products under investigation include such items as pipe fittings, flat steel, woven ribbon, wax candles, and tissue paper. These investigations seek to determine whether domestic sellers have been “injured” (i.e., have lost sales) owing to Chinese competition at allegedly unduly low prices to which subsidies may contribute.

The potential new sanctions, as well as the ITC investigations, rest on the idea that China deliberately engages in “unfair” competition that must be challenged or otherwise punished. Specifically, China’s export subsidies (and also as alleged from time to time, its currency manipulation) are said to be trade practices deliberately designed to enrich its economy at the expense of the United States and other trading nations. Among other harms, it is alleged that these trade practices unfairly cost American jobs and injure American businesses, all to the detriment of the American economy.

This conclusion, however, is firmly rooted in mercantilist thinking long rejected by sound economics. In particular, it miscomprehends costs and benefits.

In An Inquiry into the Nature and Causes of the Wealth of Nations, Adam Smith, the 18th century Scotsman considered by many to be the founding father of modern economics, expounded his seminal insight, novel at the time, that a nation’s economic well-being – its true wealth – is measured not by its store of gold or currency, the amount of goods it exports, or the number of jobs that exist within its borders, but rather by the quantity of consumption goods and services available to satisfy human wants and desires. Smith makes the point that economic activity takes place so that people can consume. In other words, the ultimate purpose of economic activity is the satisfaction of wants and desires through consumption. Work and production are means to that end, but not ends in themselves. In a world in which resources are scarce, employment of labor and other factors of production are the costs that a nation incurs in order to consume.

Consumption goods and services, however, must first be produced or otherwise acquired from someone else who has produced them; for example through trade. Because consumption takes place over time, resources must therefore be constantly employed to yield goods and services that satisfy ongoing wants and desires.

In the context of trade, exports thus represent a cost to a nation and imports a benefit. Exports require the employment of a nation’s scarce resources for another nation’s consumption benefit. By contrast, imports are a benefit. Importing goods and services allows a nation to consume while conserving its own scarce resources. These resources are then available for deployment in other productive activities, thus expanding domestic output and permitting even greater rates of consumption. That is, the freed up resources expand the nation’s production possibilities. The result is an increase in the nation’s total wealth. Rightly considered then, exports, and the resources that go into those exports, are the price a nation must pay for its imports.

Notwithstanding this price, however, trade permits a nation to conserve scarce resources on net. This occurs whenever goods and services are able to be acquired more cheaply through trade than the resource cost attendant to domestic production. In this regard, a nation is no different from an individual. To the individual, the lower the price, the greater the surplus value; and the money that is conserved is available to be spent on other items that enrich life even more. In the aggregate, whenever U.S. buyers can obtain goods and services more cheaply by means of importing them than by buying them domestically, consumers in the present are made better off and resources are conserved, permitting expansion of future consumption. The nation’s wealth potential is enhanced.

Significantly, these benefits will accrue regardless of whether the imported goods are cheap, i.e., even if they are cheap because of subsidies or an undervalued currency. Indeed, if subsidies or artificially undervalued currency is the reason (as opposed to, say, Ricardian comparative advantage), the true harm falls on the citizens of the nation providing the subsidies or “manipulating” its currencies. Not only is that nation using up its scarce resources for the benefit of foreign consumers, but its citizens are being taxed to fund the subsidies and are being exposed to higher domestic prices of imported goods because of the undervalued currency. It is a double whammy.

In light of the above, if the Biden Administration carries out its threats to impose sanctions on China, it would add harm on top of harm. Tariffs, for example, would harm U.S. buyers by eliminating the option provided by the cheaper Chinese goods. To the extent that some of these subsidized goods are intermediate goods such as raw materials and other inputs, the resulting higher costs can be expected to generate higher prices over a wide range of output. In the aggregate, U.S. wealth will be less than it otherwise could be as conserved resources that would expand production possibilities are forgone.

To be sure, export subsidies can result in certain industry-specific disruptions and transactional costs to individuals working in those industries. This inevitable consequence is by all means a basis for a compassionate nation to lend support to those who require retraining and other transitional assistance, but it is not a basis for protectionism and lower living standards on the whole. Instead of forgoing resource savings and the gains to consumers (including industrial consumers) from low-priced imports, would it not be better for the Administration to focus on policies that restore the rapidly expanding domestic economy that preceded the pandemic? The goal should be to accrue all of the gains from low-cost imports while maintaining full employment at home.

Putting the economy back on a post-pandemic growth path will of course include efforts to lubricate global trade that benefits the U.S. Attacking Chinese export subsidies should not be part of that effort, however. Time would be better spent focusing on domestic impediments to restoring growth such as excessive federal regulations on business, leviathan government spending that saps the economy of productive resources, and a tax system that hinders capital accumulation and distorts allocative efficiency. Sadly, the current Administration is moving in the wrong direction on each of these issues, subject matter for further comment in subsequent posts.

Chinese export subsidies are a boon for U.S. consumers, permitting them to satisfy wants and desires for less. Moreover, the savings can be redirected to other productive activities, thus expanding U.S. wealth. Misguided retaliation that would eliminate the advantages that cheaper Chinese goods offer would result in unnecessary self-inflicted costs and forgone benefits to the American economy. Better simply to give a hearty thanks for the gift.

This article, China’s Export Subsidies Are a Gift, was originally published by the American Institute for Economic Research and appears here with permission. Please support their efforts.

Lee Zeldin: The Most Conservative Candidate Who Can Win as Governor of New York