China’s Abuse of the Language of Liberty 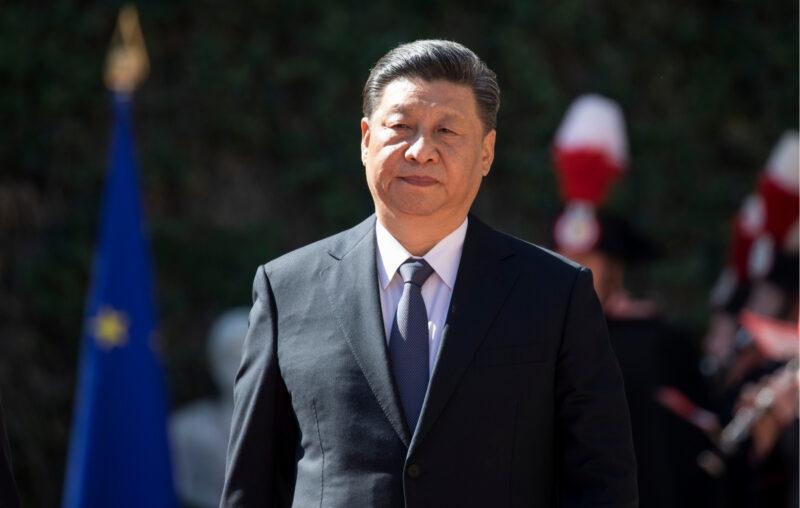 If you can’t beat them, join them, or in China’s case, start using your opponent’s talking points in ways no reasonable person would ever think they were meant to be used. China’s authoritarian system has always been at odds with the liberal-democratic international order of human rights, individual dignity, and the rule of law. In the past, China confidently used its revolutionary Marxist phrases and openly contested the West’s regime of democracy and rights. After decades of little progress and even calls for reform domestically, China has been forced to accept that ideas like democracy, human rights, and the rule of law are good things, at least rhetorically.

One of China’s most recent efforts has been to redefine the meaning of popular values and phrases to mean something completely different. They have been expanding the definition of nice-sounding phrases such as freedom of speech and good governance to mean something that supports the political ambitions of the Chinese Communist Party, not the literal meaning of those words.

This has caught the attention of a team of China experts in Europe who came together to launch the Decoding China Dictionary, which explains what the Chinese actually mean when they use phrases like “peace.” The CCP loves to assert that it values peace, but peace in this context is broadly expanded to the point that it includes a large security state and making territorial impositions on neighboring countries. This behavior is not unlike other authoritarian regimes and ideologies. Even here in the United States, we see the use of phrases like equity, equality, and the public interest to mean basically whatever those with ambitions of power want. The bottom line is that specificity of language is the key to a restrained and accountable government, whereas molding the meaning of words to specific contexts is a recipe for unchecked government power.

The Need for Universal Standards

When it comes to the topic of human rights, China could certainly pass for a stereotypical American leftist college student. Meaning China contends that the idea of universal individual rights is a Western construct and everyone should respect each country’s interpretation. When the United Nations passed the Universal Declaration of Human Rights, it was meant to declare that all individuals across the world are entitled to a basic sense of dignity. This is very similar to the American Declaration of Independence that outlined a set of self-evident points about mankind, one of which being that people owned their own bodies. China contends that it accepts the idea of human rights; however, it has one of the worst human rights records in the world.

The way China justifies this discrepancy is by redefining human rights as a matter of cooperation amongst states and not the individuals governed by the state. Decoding China Dictionary writes,

“In 2017, the concept of a “community of shared future” was inserted into a resolution adopted by the UN Human Rights Council entitled “The Contribution of Development to the Enjoyment of All Human Rights.” In June 2020, the council adopted a China-sponsored resolution entitled “Promoting Mutually Beneficial Cooperation in the Field of Human Rights,” advocating an international human rights system based on cooperation between states, rather than accountability and the rights of individuals.”

China also released a White Paper on Human Rights following the Tiananmen Square Massacre. The paper makes all sorts of claims about protecting the rights of its citizens, however, in an almost comically low effort phrase it concludes in its section regarding minority rights,

“For more than 40 years since the People’s Republic was founded, the Chinese government has made positive achievements in its effort to narrow the gap, promote social development and bring about a change for the better in the backward minority areas.”

Forget that it calls minority communities backward; it makes no mention of any sort of respect for individual dignity and instead touts development goals. Decoding China notes that the Chinese have used the precondition of economic development to discredit the need for human rights, as if they were not interlinked. They note that during the 1993 World Conference on Human Rights the Chinese stated,

“The argument that human rights are the precondition for development is unfounded. When poverty and lack of adequate food and clothing are commonplace and people’s basic needs are not guaranteed, priority should be given to economic development. Otherwise, human rights are completely out of the question.”

The Chinese have the same approach to the idea of democracy, which has always been in the CCP’s lexicon but means something completely different from what it’s supposed to convey. At this point, it’s become a punchline that Chinese citizens are able to vote, but only for pre-approved candidates. China has a more serious justification for its form of “democracy” by calling it a consultative democracy, which it claims is far more civil than America’s confrontational democracy with a plurality of opposing viewpoints. Decoding China writes,

“Under the label of multiparty cooperation with eight democratic block parties and gathering of feedback, including online, the CCP does solicit opinions from various stakeholders, as long as they do not openly contest the CCP’s policy priorities.”

Perhaps the most blatant abuse of language is the Chinese use of the term rule of law. The rule of law is an important concept that is associated with the idea of a limited government because the law rules over all, even those in power. Nobody is above the law; politicians must follow a constitution and live under the rules they make with everyone else. In China, the phrase “rule of law” is used interchangeably with the phrase “rule by the law” which basically means they literally use laws to rule people. CGTN, a Chinese state media outlet, elaborates on a recent conference Xi Jinping held on the rule of law by writing,

“This on the one hand calls to unswervingly uphold the leadership of the Party and a full integration of state and Party organizations, entrenching the Party’s leadership on political power and ideology more deeply than before. On the other hand, it underlines the need to further put in place a sound system of intro-Party rules and regulations which bridges gaps between Party rules and national laws so that Party’s decisions and policies will be more efficiently enforced.”

Although the Chinese have been tossing around the phrase recently, it really just means more adherence to the will of the CCP. Decoding China notes,

“However, if the first thirty years of legal reform and opening up saw the de-politicization of the Chinese justice system, the last decade has seen its re-politicization or partyfication.”

All of this brings up the necessity to double down on universal and narrowly construed standards of meaning. The Chinese likely understand this and their efforts could be nothing but a cynical ploy to undermine global confidence in universal values. Words need to mean something, and we should not be swayed by the feeble argument that there are different ways to interpret ideas such as individual rights.

China’s appropriation of the vocabulary of liberal democracy shows its latest attempt to defend its authoritarian practices as well as its concession that ideas such as human rights are universally popular. They will always play the victim of Western bias, but at the end of the day, you either believe in individual rights, or you don’t. There are no alternative interpretations. Much like our own domestic tyrants here in the United States, attempts to imbue new meanings and fluid understandings of the institutions of liberty show contempt for the original concepts as well as an inability to admit to their true intentions. Such efforts should be thoroughly rejected and called out as blatant acts of deception in bad faith. Domestically and abroad, we should reinvigorate our unapologetic confidence in the classic interpretations of what it means to uphold human rights, the rule of law, and a free society, as these are ideas that should transcend cultures and contexts.

This article, China’s Abuse of the Language of Liberty, was originally published by the American Institute for Economic Research and appears here with permission. Please support their efforts.