China is About to Make a Huge Mistake: Make Xi Jinping Dictator for Life 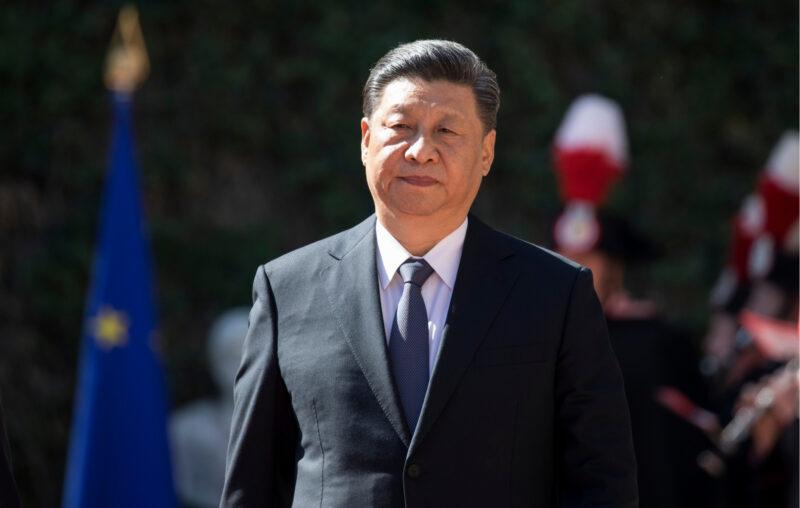 Big political moves are afoot in the People’s Republic of China. A critical Politburo meeting is set to begin on November 8 but, as in Joseph Stalin’s time, it will effectively be a meeting of one, with everyone else merely playing the political equivalent of a movie extra. It is the latest development, reported Katsuji Nakazawa, “connected to the bid by Xi Jinping, the country’s president and the party’s general secretary, to become leader for life.” This will be bad for the U.S., but it will be much worse for China.

In fact, the People’s Republic of China faces enormous challenges. Economic growth has been built on feet of, if not clay, then a soft metal, such as tin. Heavily indebted state enterprises owe big bucks to overextended state banks. Expensive ghost cities await new residents. Repeated property bubbles have swallowed enormous wealth. Rising state interference in business discourages outside investment. The population will soon begin shrinking, leaving an aging populace and diminishing workforce with a surplus of unmarried young males. Even if the long forecast Chinese economic collapse never occurs, the PRC might not escape what has been called the middle-income trap.

However, an even bigger problem for China may be its political weaknesses. No doubt, America has put the failures of democracy on dramatic display. Nevertheless, the U.S. political system, despite its many flaws, retains a rough form of accountability. Presidents are defeated and Congresses change party control. Similar shifts occur at the state level. Moreover, politicians whose grandiose plans fail generally face a cascade of criticism even as their supporters attempt to circle the wagons. With a constitutional commitment to civil and political liberties, though much tattered after decades of assault by illiberal forces on both right and left, America retains a creative spark so often crushed elsewhere, like in the People’s Republic of China.

Imperial China existed for thousands of years, but faltered when it turned isolationist around the 15th century. The once great empire’s lassitude was most evident in what the Chinese call the “Century of Humiliation,” during which the country was effectively dismembered. Japan took Taiwan; the United Kingdom grabbed what became Hong Kong; Portugal gained Macau; Tokyo and various Western powers, including America, created territorial “concessions” within the country which operated outside of China’s control. For instance, in Shanghai the US, UK, and France enjoyed favored status; the waterfront Bund still showcases European-style structures dating back to that time.

The Communist revolution ended foreign control. Mao Zedong rose to lead the CCP. He understood nothing about economics but had a preternatural instinct for wielding power—brutally but effectively. The communists largely allowed the nationalists to exhaust themselves resisting the Japanese invasion and then with Soviet aid won the ensuing struggle after Tokyo’s surrender.

Mao cared nothing about the human cost of victory, so long as others did the dying. Julia Lovell, at Birkbeck, University of London, explained: “To conquer key cities in the industrial northeast, Communist commanders laid siege to civilian populations. ‘Turn Changchun into a city of death,’ proclaimed Lin Biao, one of Mao’s most successful strategists, in 1948. By the time the metropolis fell five terrible months later, 160,000 non-combatants had died of starvation.”

This strategy was terribly cruel, but it worked. On October 1, 1949 Mao Zedong proclaimed the new PRC government in Tiananmen Square. He famously announced that “the Chinese people have stood up.” In theory, that should have been good for the Chinese people. Alas, liberation meant tyranny, which benefited only those at the top.

The resulting chaos, injustice, and bloodshed was barely imaginable, and it was overwhelmingly the responsibility of the new Red Emperor. Mao sought to destroy the existing order and expected, even desired, enormous slaughter. Millions died as the CCP consolidated power. Wrote Frank Dikötter, who documented many of Mao’s greatest abuses, the CCP leader targeted pre-revolutionary relationships “so that nothing would stand between the people and the party … Nobody was to stand on the sidelines. Everybody was to have blood on their hands.”

Then came the misnamed Great Leap Forward, which collectivized agriculture and built backyard steelworks, among other lunatic schemes. Tens of millions died, with estimates topping out at an astonishing 55 million, most starved to death. His power was such that even other Politburo members, though aware of the disastrous impact of his policies, refused to challenge him as millions of their countrymen died horrid deaths. His colleagues eventually pushed him aside, causing him to unleash the Great Proletarian Cultural Revolution—part party purge, part civil war, part insane paroxysm of violence—which dramatically upended the social order. Chinese citizens high and low alike were imprisoned and killed prodigiously.

Relief came only when this most terrible tyrant died in 1976. Almost immediately Mao’s most fervid supporters, the so-called Gang of Four, were arrested. Deng Xiaoping returned to the fore and began the process of economic liberalization. The totalitarian society relaxed its grip over people’s personal lives. Although hope for equivalent political reform died along with hundreds of protestors in the 1989 crackdown after widespread protests in Tiananmen Square and elsewhere, even that was a closely run affair, with significant support for a freer China within the CCP. Moreover, the resulting authoritarian system remained loose, with veiled debates over policy, independent journalists critical of local officials, human rights lawyers fighting in court, NGOs urging political reform, extensive academic cooperation with the West, presidential term limits and rotation in office, and more.

This all meant that there were extensive information flows, competition in ideas, and political turnover. Indeed, Deng and his successors sought to restrict the retention of power in a Communist system of unlimited political authority which is no easy feat. The constitution held the president to two terms; the party informally applied the same restriction on the general secretary, a position more important than the president.

The result was not perfect, certainly, but was an extraordinary improvement over the Mad Mao era, with policy emanating from one demented mind and demotion if not prison awaiting anyone brash enough to challenge the emperor reborn. No doubt, economic reform was key to the PRC’s growth, but so was the end of Mao, who was treated as near divine even as he grew mentally and physically enfeebled. That one man could cause so much social devastation and death highlighted the dramatic human price often paid by dictatorships.

Presently, a huge and growing problem is the current president and general secretary, Xi Jinping, who is remolding himself as Mao II. He ruthlessly deployed a widespread anti-corruption campaign against his political rivals. He removed presidential term limits from the constitution. He has even instituted a China-wide campaign to impose Beijing’s will on industry. Business entrepreneurs and corporate titans like Alibaba’s Jack Ma have been brought to heel.

Xi’s insistence on greater political hegemony is intensifying the PRC’s ongoing economic problems. Grotesque economic inefficiency is embedded within the Chinese system. For instance, state enterprises are still used to provide employment, irrespective of the economic consequences. Moreover, businesses must surmount the great firewall and other controls to gain access to the world’s information, people, markets, and more. Now, however, ever more economic decisions are being decided by the CCP leadership.

This problem almost certainly will grow worse. Indeed, one of Xi’s latest ideological jihads was against those who reject his godlike aspirations. After a decade he should be firmly in power, but apparently resistance to his rule continues within the top leadership. The recent publication of his “selected discourses” included an attack “on what he called ‘discordant and cacophonous voices’ in the party. He cited unnamed cadres saying that, ‘we have for the past five years sufficiently stressed concentration [of powers] and unity in the party… [and] from now on we must put the emphasis on developing democracy within the party.” He attacked his critics’ “political obfuscation and mental obtuseness” and use of “ulterior motives to push through [evil] agendas.”

Xi’s extraordinary power trip is not good for China’s future. Like Mao, Xi has become a Red Emperor, though with even more people, 1.4 billion, subject to his every whim. And, like Mao, he is surrounded by sycophants, suspicious of criticism, protected by enforcers, shielded from reality, and absolved from accountability.

If lucky, the PRC will avoid the catastrophe of rule by Mao—and such counterparts as Joseph Stalin, Adolf Hitler, Nicolae Ceausescu, and lesser avatars of evil. Even then, however, China is unlikely to escape the more mundane failings of a system which combines the inherent flaws of original sin with the inevitable corrupting influences of power. The PRC will continue to pose a serious challenge to America and the West. However, Xi’s war on liberty will give the U.S. an important and enduring advantage in the contest for the future.

This article, China is About to Make a Huge Mistake: Make Xi Jinping Dictator for Life, was originally published by the American Institute for Economic Research and appears here with permission. Please support their efforts.