Capitalization and Corporate Tax Cuts for the Rich 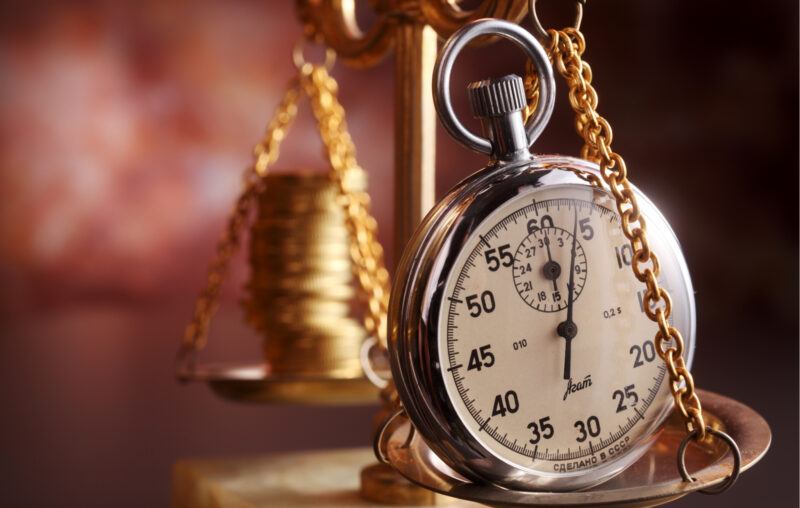 For decades, it seems that every tax rate cut has been denigrated as a tax giveaway to the rich at others’ expense. President Trump’s corporate tax rate cut was no exception. And the calumnies cast against those tax cuts are now being recycled in an effort to justify reversing them.

Such attacks are built on several faulty premises. They rely on a zero-sum view of the world in which gains to some imply harm to others, rather than the positive-sum reality of voluntary arrangements. They assume corporation owners capture virtually all the benefits of corporate tax cuts, when in fact workers are the greatest beneficiaries of changes that increase investment, productivity and wages. In addition, there is a huge but almost unnoticed measurement difference between benefits to current stockholders and those to workers that misleadingly feeds the “tax cuts for the rich” narrative.

Lowered corporate profit taxes reduce the government “rake-off” that lowers how much of the benefits provided for others is retained by those who produce them. Lower corporate taxes increase the rewards for improving products, techniques, technology, and increasing capital investments, which increase worker productivity and earnings. They expand rewards for risk-taking and entrepreneurship in service of consumers. Workers and customers (or more accurately, people in both their roles as consumers and workers), not just shareholders, benefit from reducing the substantial distortions caused by the tax (and economists consider the corporation profits tax among the most distorting of taxes).

If we assume erroneously that corporate taxes are borne largely or exclusively by owners of capital, it virtually guarantees corporate tax reductions will be derided as “tax cuts for the rich,” because at any point in time, higher-income people hold the greater part of measured financial assets such as stocks.

However, serious research into the incidence of taxation (who bears the burden of taxation, rather than who has the direct responsibility for transmitting the money to the government) comes to a very different conclusion. In the economy today, capital is far more mobile across borders than is labor, given time to adjust. That means owners of capital can better dodge unduly burdensome corporate taxes (which explains the heightening government-backed efforts to “harmonize” corporate tax rates across countries, which are really efforts to keep other countries from offering capital a more hospitable environment) than can laborers. But that dodging of fiscal targeting can substantially reduce the productivity-enhancing mechanisms and tools American workers employ, reducing their real incomes.

But critics want to divert attention from the positive long-run effects of corporate tax cuts for workers. So they focus on the short run, before the majority of their benefits come to pass. And they find one major mismeasurement an ideal adjunct for keeping such gains from public awareness.

Consider what happens when the burdens imposed by producing using the corporate form are reduced. It causes immediate increases in those producers’ share prices. And those increases do not just reflect the current higher net-of-tax earnings. Those prices capitalize the expected increase in after-tax profits over the foreseeable future. Given the disproportionate corporate ownership interest of currently wealthier people, those immediate gains, and those anticipated over many years, can be presented as a measure of huge current gains going to “the rich.”

Higher after-tax corporate earnings don’t just benefit owners of stock, however. They lead to greater investment and a larger capital stock incorporating better technology, increasing worker productivity and earnings. But that process takes time. So the immediate effects on workers can be small, even when the cumulative effects are very large.

However, unlike stocks and other financial assets that incorporate future effects into measurable prices today, workers’ higher future earnings do not get capitalized into an observable current asset price increase. So when people focus on the short run, it triggers a comparison of gains to “the rich” which actually capitalize benefits that are anticipated well into the future, against virtually none of the gains for workers, because they have not yet occurred and no current market price reveals those future effects now.

Consider an analogy to college students. While in school, their incomes are close to zero, and often hugely negative when the debt they accumulate is included. So they look poor when measured by current income. But if students make wise use of their investment (something that cannot be said for all students), they are becoming richer even as they look very poor in the data.

As Beth Akers’ recent book, Making College Pay, puts it, higher education is “an investment in future job-opportunities, job security and earnings,” and claims that “most four-year colleges deliver a 15 percent return on investment.” Despite that wealth-increasing reality, if we viewed students the way corporate tax cut opponents view the benefits created for workers, we would conclude that college makes people poorer.

That trifecta produces a smaller chance of justifiable policy than of a winning ticket at the track. Corporate tax hikers’ main evidentiary “proof” is completely indefensible: comparing the change in the capitalized future effects on current owners of financial assets with only the immediate effects on workers whose benefits take more time to arise and for which there is no similar capitalization mechanism to reveal all effects.

When you recognize corporate tax hikers’ massive measurement distortion on top of their trifecta of false premises, it makes it hard to take tax hike promoters’ claims as anything more than intentional misrepresentations that, if heeded, would harm those whose votes they are using it to pander for. After all, if you could assume that so many false things are true, you could “prove” all sorts of false things. But no matter how many times and how stridently you repeated that, it couldn’t make your conclusions true.

This article, Capitalization and Corporate Tax Cuts for the Rich, was originally published by the American Institute for Economic Research and appears here with permission. Please support their efforts.