Can You Even Be An “Informed” Citizen? 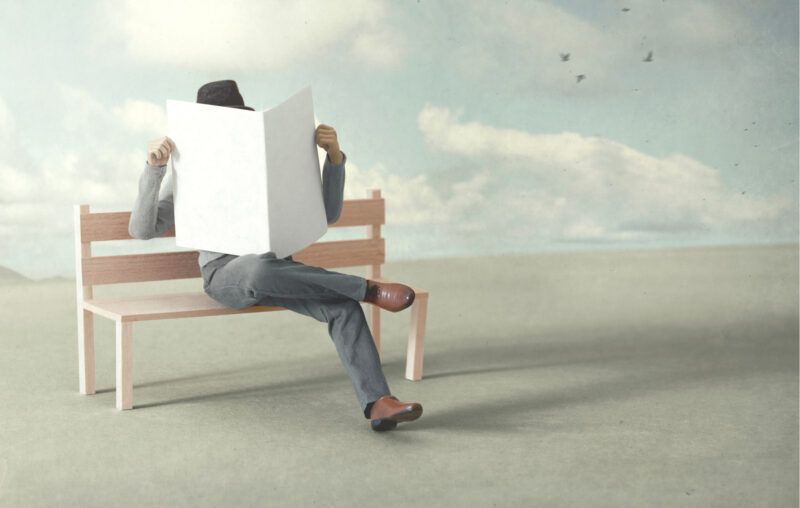 Right after the famous “invisible hand” quote in The Wealth of Nations, Adam Smith writes:

What is the species of domestic industry which his capital can employ, and of which the produce is likely to be of the greatest value, every individual, it is evident, can, in his local situation, judge much better than any statesman or lawgiver can do for him. The statesman who should attempt to direct private people in what manner they ought to employ their capitals would not only load himself with a most unnecessary attention, but assume an authority which could safely be trusted, not only to no single person, but to no council or senate whatever, and which would nowhere be so dangerous as in the hands of a man who had folly and presumption enough to fancy himself fit to exercise it. (emphasis added)

To the presumptuous statesman and lawgiver, I would add the presumptuous voter–and saying “voters have a duty to be informed so that they vote well” runs into a lot of complications when we consider just how much one might need to know to be “informed.” The epistemic bar for “voting well” is pretty high. While it’s easy to speak in terms of vague generalities like “Poverty is bad,” it seems rather heroic to think voters or the statesmen and lawgivers they elect are well-positioned to cast well-informed, epistemically-justified votes. The sheer complexity of it all suggests that it probably is OK to ignore politics; moreover, political passivity is at least not blameworthy and might even be praiseworthy.

That such a small percentage of those polled think people have a duty to vote and a duty to be informed might be puzzling (and perhaps a little disturbing) at first, but what would it take to be “informed?” Is it sufficient to know a candidate’s stance on gun control, or do you need to know more details, such as the likely effects of specific gun control policies? That would be a formidable task. A glance at the Federal Register on October 8 revealed 112 new documents from 51 agencies totaling 464 pages. It’s far more than any statesman or lawgiver–to say nothing of any voter–can be expected to master. That day’s Register included headings like “General and Plastic Surgery Devices; Reclassification of Certain Surgical Staplers,”  “Assistance to Eligible Individuals in Acquiring Specially Adapted Housing,” and “Presidential Declaration Amendment of a Major Disaster for the State of Michigan.” Determining whether or not each of these headlines discusses a good idea or a bad idea is beyond the ken of even the most well-intentioned and dutiful citizen. Since acquiring the relevant information is costly while the likely effect of each policy is so tiny that it probably won’t be noticed, most voters–and statesmen and lawgivers, and even regulators and experts with graduate degrees in public policy specifically–are rationally ignorant of the details of all these rules and rulings.

There are supposedly two things you don’t want to see being made: law and sausage. The political sausage factory is where “every individual…in his local situation” knows can turn sour. Market exchange is voluntary, and we can be reasonably confident that we are making wise use of others’ knowledge and the resources at our disposal when we can persuade someone to say “yes” to a deal. “No” is not just powerful; it creates valuable information.

Governments, of course, play by different rules. They can prevent people from doing what they want and compel them to do what they don’t want to do: they don’t take “no” for an answer. Political exchanges concern what the parties to the exchange can compel other people to do, and the aggregate costs can be considerable. Lobbyists for manufacturers of “certain surgical staplers” are undoubtedly well-informed about policies that affect their narrow interests. Still, they haven’t the knowledge or the incentive to understand how the policies they consider fit within the broader social interest. Voters face a compounded problem because they don’t even have an incentive to know legislative and regulatory details. Hardly anyone with a strong opinion about the budget bill currently being debated has done what Casey Mulligan has done and read the entire 2,465 pages. That makes sense: it doesn’t pass a cost-benefit test for…pretty much anyone.

Consider abortion policy, which is one of the most volatile issues in American politics and an issue about which many people think “The Answer” is clear. Many people probably have an idea of what casting an “informed” vote on abortion would mean. It’s not at all clear, though, that many of us have the time and energy to do the hard work needed to cast an “informed” vote. A quick search for “abortion” on Google Scholar turns up 22,400 results for 2021 alone, and it encompasses a dizzying array of fields. A quick look through some of the titles turns up things like an edited volume titled Islamic Ethics of Life: Abortion, War, and Euthanasia, a chapter titled “The Wrong of Abortion” from Bioethics: An Anthology, a 256-page volume titled The Abortion Debate in the United States and Canada: A Source Book, an article from the Journal of Health Economics titled “New evidence on the effects of mandatory waiting periods for abortion,” a paper from Philosophy and Phenomenological Research titled “On anti-abortion violence,” an article on “Abortion and Class” in First Things (which bills itself as “America’s Most Influential Journal of Religion and Public Life), an article from Polish American Studies titled “Abortion and Infanticide in Polish American Detroit and Hamtramck, 1900-1960: A Preliminary Look,” a book titled Abortion in Early Modern Italy, and a paper in the Review of Economics and Statistics titled “The Tyranny of the Single-Minded: Guns, Environment, and Abortion.”

People have more than enough trouble keeping up with new developments in their “local situations.” A glance to my left reveals a stack of books and journals I need to read. Given the volume and pace of new research, it seems absurd to suggest that they are obliged to be “informed” about abortion policy.

When we add to this that, as Jason Brennan explains, politics makes us mean and dumb, we should perhaps reevaluate our ideas about doing our civic duty. The issues we’re considering are far, far more complex than you can fit on a bumper sticker, and this suggests that we would do better to move things into the commercial sphere rather than the political sphere.

This article, Can You Even Be An “Informed” Citizen?, was originally published by the American Institute for Economic Research and appears here with permission. Please support their efforts.