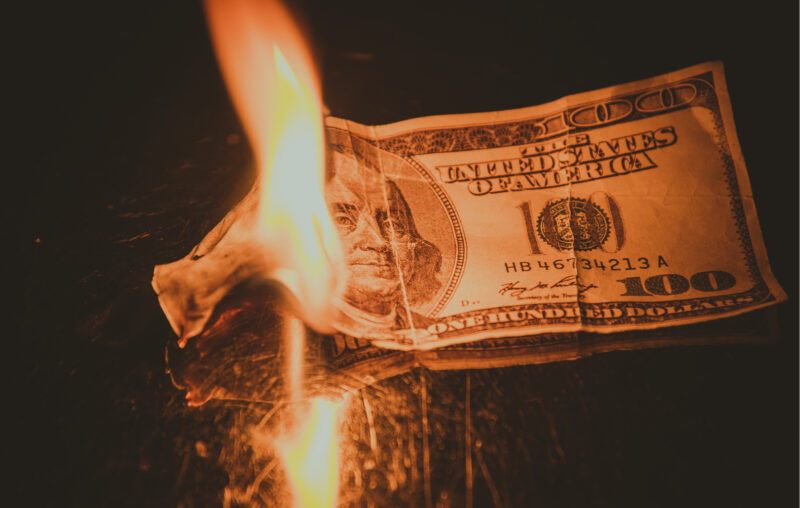 The Biden administration recently proposed a $2 trillion spending plan supposedly aimed at improving the country’s infrastructure. The White House’s “fact sheet” says the plan will make “investments that leading economists agree will give Americans good jobs now and will pay off for future generations.”

Despite these claims by the administration, most economic research shows that government spending during economic expansions, even on investments such as infrastructure, is wasteful and unproductive. On net, the Biden plan is unlikely to create good jobs now or other benefits in the future.

When is government spending productive?

Government spending can, in some cases, help improve economic activity. During times of recession, for example, government spending programs can be used to hire unemployed workers when private companies may be unwilling or unable to do so. Ideally, fiscal stimulus can push the economy back towards a long-run stable growth path.

The problem is that government spending also crowds out private spending in two ways. First, some spending is used to hire away workers and resources from private companies. During times of economic expansion, there are fewer unemployed workers to draw upon, so higher spending tends to drive up prices with little increase in production. Second, spending must be financed by taxes or by issuing government debt, either of which reduces the funds available for private investment projects.

Economists try to determine whether a program creates net benefits for the economy by measuring the “multiplier” of government spending. A multiplier greater than 1 indicates that $1 of government spending produces more than $1 of total spending in the economy. A general finding of this research is that increases in spending can be productive during a recession since it can draw upon workers and resources that are currently unemployed. In an expansion, however, increased public spending tends to crowd out private spending, causing a reduction in total spending.

In a recent study, for example, economist Valerie Ramey reviewed the academic research on the effectiveness of government spending. For periods of economic expansion, most studies found multipliers in the range of 0.6 to 0.8 but possibly as high as 1. So although it is possible that $1 of government spending could potentially create $1 of total spending in the economy, a more likely estimate is $0.80 or less.

The United States has rebounded from the 2020 recession and is currently in a period of economic expansion. The national unemployment rate is down to its long-run average of 6 percent, with many US states exhibiting historically low rates of 4 percent or less. Given the current state of the economy, the research indicates that increasing government spending is more likely to be wasteful than productive.

This argument, however, is misguided for two reasons. First, politicians do not have the right information to decide what is a good investment and what is not. They always claim to know exactly what the economy needs, but there is no reason to believe they have particular insight as to where spending is most productive.

Second, funds channeled through the political process are more likely to be spent on pet projects rather than on productive investments. We’re sold the dream of modern European-style airports and maglev high-speed rail. In reality, we’ll be expanding the airport in Bumbleweed, Nowhere from three terminals to five, despite the fact that they only use one. Because spending that benefits constituents and special interests is what gets politicians reelected, no matter how wasteful the project.

Does anyone really believe that politicians will ignore their own political incentives and do what is best for society?

If not, why would we expect their spending decisions to be especially productive?

To test whether it is actually beneficial for the economy, economists Ethan Ilzetzki, Enrique Mendoza, Carlos Végh looked specifically at government investment spending, such as infrastructure projects, to see if it improves long-run productivity. They found that it does not. In high-income countries, even investment spending has long-run effects of only $0.66 per $1 spent.

Their study also found that spending is less effective in countries with higher levels of government debt, which crowds out private investment. Once debt exceeds 60 percent, as it does in the United States, the multiplier is actually negative. This again indicates that increased government spending will be wasteful and unproductive.

Who wants to waste money?

Politicians benefit from wasteful spending. They always claim it will improve the economy, even though the evidence says otherwise. The debate around fiscal spending is like the panel discussion, “Should the US Stop Dumping Money Into a Giant Hole?”

Yes, that’s from The Onion, but such is the current state of the discussion.

Any spending at the federal level is subject to inefficient political incentives and a wasteful bureaucratic process that crowds out private investment. These issues affect even the most productive and well-intentioned projects. When the economy is not in recession, $1 of government spending increases total spending by $1 at most. Research shows that it’s more likely to be worth $0.80 or less.

Government spending starts with taking money from taxpayers and setting 20 percent of it on fire. Even if the remaining funds were spent on very efficient projects, they have very little chance of creating net benefits for the economy.

This article, Burning Issues of Government Spending, was originally published by the American Institute for Economic Research and appears here with permission. Please support their efforts.