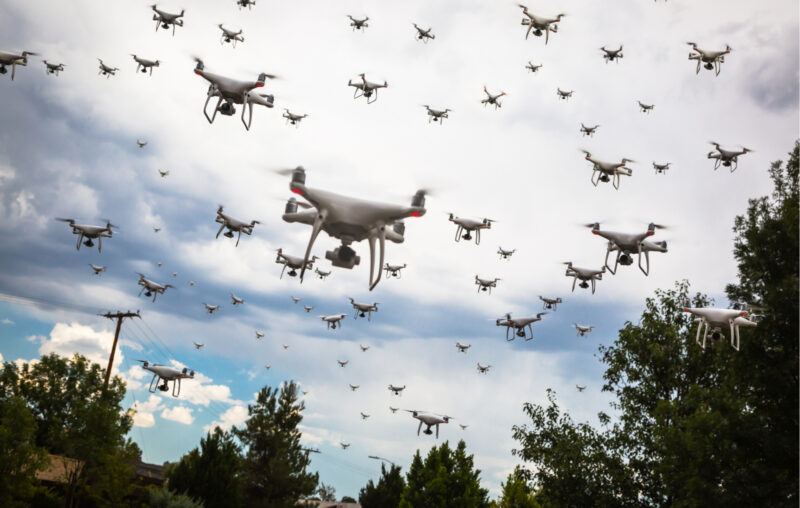 Anyone who has taken a civics class knows the Framers created a federal government with three co-equal branches. James Madison in Federalist 51 stressed that the ambitions of some could be made to counteract the ambitions of others. Why? Because the same people who had a hand in framing our government in the first place didn’t place a whole lot of trust in their creation. Madison was perfectly blunt: “It may be a reflection on human nature,” he wrote, “that such devices should be necessary to control the abuses of government. But what is government itself, but the greatest of all reflections on human nature?”

It’s that last bit that has been so difficult over the years. Each branch of the federal government has clearly grown well beyond its constitutional limits. But things are so much worse than they first appear. The system of checks and balances, the very thing that was supposed to keep the three branches in their proper places, started failing wholesale in the early part of the 20th century. And when the separate branches of the government started colluding to their collective benefit, all bets were off when it came to implementing brave and imaginative extra-constitutional institutions like the federal government’s massive bureaucracy.

How massive is it? The federal government employs almost two million civilians. For perspective, that’s over 25 percent more employees than Walmart, which is otherwise the country’s largest employer. Those who occupy the federal bureaucracy benefit from bigger government because the larger the government, the more power and funding flow to those in this unelected and largely unchecked “branch” of government.

That the federal bureaucracy has become a constituency of sorts isn’t surprising. What is surprising (and dangerous) is that it has become a weaponized constituency. As the federal government has become larger and more complex, it has become ever more difficult for Congress to do its job. Long gone are the days when Congress could debate the particulars of any bill. Formulating rules now often requires bureaucrats specializing in finance, economics, statistics, and numerous fields of science. Congress has not merely come to rely more heavily on the bureaucracy, the Congress has actually delegated much of its legislative power to it. Technically, federal regulatory bodies don’t make laws, they write regulations. But any regulation that carries with it the fines or jail time for noncompliance is, for all practical purposes, indistinguishable from a law.

So here we have innumerable federal agencies, commissions, administrations, and programs populated by unelected bureaucrats, many of whom are empowered to create what are, in effect, laws. And “innumerable” is not an exaggeration.

In many instances, the programs themselves become tools that politicians use to win elections. Faced with a problem, be it real or imagined, that stirs voters, politicians propose new programs to solve the problem. We thus have programs to address food insecurity, healthcare, children’s health, housing, financial assistance, education, unemployment…the list goes on and on. And when problems don’t present themselves, politicians invent them by exaggerating and grandstanding. We thus have proposals involving rifles, wealth, wages, immigration, and all manner of problems whose realities pale in comparison to politicians’ characterizations.

Meanwhile, each program is designed not so much to solve people’s problems as to micromanage them into behaviors that benefit favored constituencies. If, in the process, the problems never get solved, that’s actually to the politician’s benefit. Unsolved problems can be used again in the next election cycle by blaming the other party for thwarting the programs.

Consider the Supplemental Nutrition Assistance Program (SNAP), formerly known as “food stamps.” SNAP benefits can be used to buy food, but not vitamins, cleaning supplies, or hygiene items. To be eligible for SNAP, a working-age person who is able to work must be working at least 30 hours per week or, if not working, caring for a child under age 6. Or, the person must be unable to work due to a physical or mental limitation, or participating in an alcohol or drug treatment program, or a full-time student (but not a college student). Otherwise, the person must register for work, participate in SNAP employment training, and take a suitable job if offered.

This is just an introduction to the micromanagement involved in qualifying for SNAP. There are additional rules for continuing to receive SNAP, different rules for adults without dependents, and still other rules for people older than 49 or younger than 18. Just figuring out who is and is not eligible is a fulltime job.

Who sets these byzantine rules? The US Department of Agriculture. Except the USDA was not created to serve the poor. The USDA was created to serve farmers. From the USDA’s website: “We have a vision to provide economic opportunity through innovation, helping rural America to thrive; to promote agriculture production that better nourishes Americans while also helping feed others throughout the world; and to preserve our nation’s natural resources through conservation, restored forests, improved watersheds, and healthy private working lands.” The USDA exists principally to promote the production of food, which explains why SNAP benefits can’t be used for vitamins, cleaning supplies, and hygiene items.

The focus here is clearly not on the needs of the poor, but on the needs of favored constituencies. All this micromanagement requires armies of bureaucrats to create rules, determine eligibility, monitor compliance, and dispense benefits. The bureaucracy itself becomes a constituency wherein bureaucrats’ livelihoods rely on the existence of SNAP recipients. And it’s the same story with literally every other bureaucratic arm of the state. There is no clarity, and there is no accountability. The job of the politician has become one of using social problems to generate election wins. Similarly, the job of the bureaucrat has become one of using citizens who depend on social programs to create and maintain bureaucrats’ jobs.

It is a well-choreographed dance that emerges, and the dancers take it as given that they will never be judged on what they achieve because failure can always be blamed on the other party, or on the fact that they weren’t allowed to spend more. Their intentions will be all that matter. Voters with much goodwill but little attention reward the politicians whose intentions sound most noble. Politicians, unable to solve complex problems, hand the problems over to bureaucrats. Bureaucrats, unaccountable to voters, craft solutions that call for more bureaucracy. And our problems are never solved because no one in the system is rewarded for solving them.

But as Madison asked, “What is government, after all, but the greatest of all reflections on human nature?” And as long as the federal bureaucracy remains largely unchecked, expect to see that bureaucracy grow unabated. Expect to see laws getting longer and more complex by the year. And expect to see no one in Washington taking responsibility for a federal government that has been out of control for the better part of a century.

This article, Bureaucracy as Constituency, was originally published by the American Institute for Economic Research and appears here with permission. Please support their efforts.