Bringing Money Under the Rule of Law 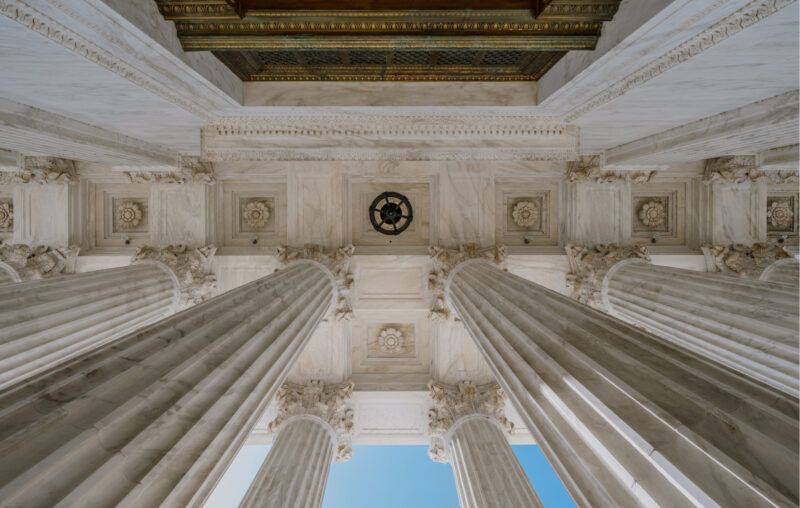 For most of human history, money has always been something that the government has had a hand in managing. State control over the money supply today stands at unprecedented levels with the advent of central banking institutions like the Federal Reserve and the embrace of fiat currencies. During the age of Covid-19, we have seen the physics of a state-managed financial system pushed to its limits as the Fed drops interest rates to near zero while pumping trillions of dollars into the economy. In fact, around a fifth of all US currency in circulation was created in 2020. Monetary economists can and will argue forever about what this means from a technical standpoint and the long-term implications of all this. However, few people have put out academic literature on the political economy of central banking. That being, asking not if central bankers can do something, but whether they should be doing it in the first place.

That’s what makes Money and the Rule of Law, a book co-written by economists Peter Boettke, Alexander Salter, and Daniel Smith, so interesting. It is a book that explores not necessarily the technical philosophy a central bank should work under, but the political framework. Arguments over where interest rates should be, how much inflation is optimal, and the best amount of money in circulation are all great debates, but just as important is the question of what explicit powers central bankers should have. That is because even if certain monetary policies work in theory, that doesn’t mean that they will work in real life, or should be tried at all, especially given the political pressures that exist and the reality of governance. The US government is technically capable of doing many things; that doesn’t mean giving it the power to do anything it wants would be a good idea.

Boettke, Salter, and Smith make the same argument for the US Federal Reserve, which currently operates under relatively loose guidelines under the auspices of being “independent.” The problem, of course, is that the Fed has always been under constant political pressure, but even when it is acting independently, its adventurism can and has ended poorly. To combat this, the authors argue that the Fed should be bound by explicit rules that constrain it from exercising broad discretion. This debate is especially relevant today given the fashionable political trade winds of broader government mandates, such as the recent calls to have the Fed address nebulous goals such as “equity.” Such vague objectives fall within the political trend of expanding arbitrary government discretion. As a result, advocates of sound monetary policy must also make the case for limiting such discretion, rather than only debating on technical grounds.

The Federal Reserve was created by the Federal Reserve Act of 1913 and operates under a dual mandate to maximize employment and minimize inflation. There is also a general principle that the Fed should operate independently from the political process, making policy based on what is best for the economy, not whoever is in power. Although the US monetary bureaucracy is certainly better than other countries, it is far from perfect when it comes to its independent operation. The authors note that there are still a plethora of influential incentives at play, such as the fact that the Fed is still a part of the US government, which means they are on the same team. They write,

”The empirical literature finds that effective fiscal policy often requires accommodative monetary policy. Even in constitutional democracies, fiscal and monetary affairs are not as separate as many economists think.”

This is especially relevant when it comes to the temptation to support the government’s debt issuance with easier monetary policy. For example, if the Treasury sells securities to finance new debt, that creates an increase in demand in the credit market. This could lead to higher interest rates, which the Fed, as well as the rest of the government, would likely want to avoid. It may be encouraged to offset this demand by buying government debt, which subsequently introduces more funds into the money supply, which may suppress interest rates but consequently leads to inflation.

In other words, imprudent debt-fueled spending from the rest of the government encourages the Fed, in many cases, to keep interest rates down. This is because higher rates mean less economic growth, even though higher rates are the consequences the government should accept for taking on more debt. Instead, it simply punts the issue by allowing more inflation, which is essentially a tax on future generations.

Another problem is explicit political pressure from leaders such as the president who can and have appointed sympathetic members to the Fed’s Board of Governors, sometimes to actively challenge those on the board who oppose them. The authors cite a number of presidents such as Reagan, Clinton, and in particular Lyndon B Johnson, who attempted to pressure the Fed to support his dramatic expansion of the welfare state.

There are also plenty of private and public interest groups besides political leaders that all try to bias monetary policy in their favor.

Finally, there is the unfortunate reality that the bureaucracy itself creates pressures of its own. The authors note,

“As a bureaucracy, central banks are prone to the same tendencies of any other bureaucracy, including budget maximization, self-preservation, and groupthink.”

This is why for example, spending on public schools continues with little notable increase in educational quality. It’s not that teachers are evil, it’s simply because the system itself encourages the imprudent use of money and encourages certain behaviors over others. We have seen such incentives drastically influence once-promising Fed Chairs, such as Ben Bernanke. Bernanke had quite principled views on monetary policy at the beginning of his tenure, only to turn on many of them to become just like any other bureaucrat.

This issue of perverse incentives is but one of the main reasons why the Fed should be bound by explicit rules, not simply trusted to act in the best interest of the public. Another core reason is the knowledge problem, which is the commonsense idea that nobody can know everything. The government is operating with limited resources and little understanding of how the economy works. This logically means that having the discretion to experiment and adventure into novel areas of monetary policy is likely a terrible idea. The Fed should stick to prescribed areas of competency, not treat society and its monetary system as an experiment.

The authors are also keen to address an important counterargument to a rules-bound Fed and that is the need to act during times of crisis. Although the idea may sound good in theory, the reality of the situation is that central bankers do not have good track records when it comes to exercising discretion during a crisis. Rather than being firefighters, central bankers could and have very well become arsonists during times of financial strife. This is due to a variety of reasons, some of which are tied back to the knowledge problem. There are simply far too many variables and moving parts in the economy for the Fed to simply do whatever it wants during a crisis. The authors assert that a better alternative would be to articulate a principled plan beforehand and not stray from it, which would lead to a less destabilizing approach.

What Should Be Done

The book itself is simply the first step towards crafting a sound monetary platform for the future. In the end, it calls for a sort of constitution for monetary policy to outline explicit rules to constrain the power of central banks to reduce their chances of being hijacked or being steered off into the wilderness. The authors suggest a good starting point would be a set of rules articulated by Allan Meltzer that reflect Bagehot’s principles which go as follows,

Ultimately the book sparks an important conversation about bringing the money supply under the rule of law and not subjecting it to the will of the state. The monetary debate certainly rages on about what kind of currency we should have, how to best manage inflation, whether or not certain policies are even possible, and so on. The authors table that conversation for another day and ask an equally if not more important question. That is, what should be the proper role and scope of our central banking system? In a time of increasingly adventurous monetary policy and political pressure, perhaps now would be the time to establish some semblance of law and order in our money supply.

This article, Bringing Money Under the Rule of Law, was originally published by the American Institute for Economic Research and appears here with permission. Please support their efforts.