Booker T. Washington Would Have Spotted This False Flag 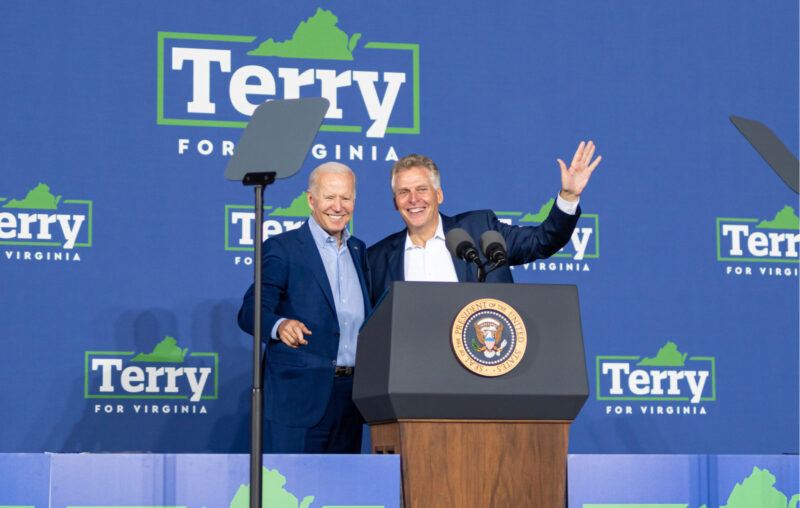 As Terry McAuliffe fell behind in polls on the eve of the Virginia Governor’s election, supporters tried a false flag operation to tar his opponent, Glenn Youngkin, as a racist. People later identified as Democratic activists showed up in front of a campaign bus as pretend supporters, dressed to evoke memories of white racists’ 2017 march through Charlottesville, to “trick or treat” the way to Democrat victory.

The discussion of that poorly performed effort to leverage accusations of racism as a go-to electoral tactic is both enlightening and appalling. But one piece of evidence struck me as far too little noticed. As reported by Deroy Murdock’s “Democratic Dirty Tricks Fail to Conceal Youngkin’s Strong Black Support” at Townhall.com, “The Hampton Roads Black Caucus endorsed Younkin, the first GOP candidate so blessed since its 2012 launch,” because “he was the best candidate to secure its objectives: black entrepreneurship, educational advancement, and economic development.”

I found that piece of information of particular interest because of how it ties to Booker T. Washington, an exemplar of those goals, who is all-but-overlooked by the left and mainstream media every Black History Month. Washington advocated for the moral means of success for blacks through those exact means–self-improvement that benefits others as well through voluntary arrangements, rather than through coercive political measures.

Washington was born a slave. He was seven when the Emancipation Proclamation was announced. At 11, he got his first book and taught himself to read. He thought to “get into a schoolhouse and study…would be about the same as getting into paradise.” At 16, he went 500 miles to Hampton Institute in Virginia with only $1.50 in his pocket. He attended classes by day and worked nights for room and board. After graduation, Hampton made him an instructor. In 1881, he founded and then led what is now the Tuskegee Institute, emphasizing education and an unwavering work ethic.

Washington was a tireless educator and advocate of black self-improvement. He taught technical skills to allow students to earn a good living. He advanced individual responsibility, the dignity of work, and moral character, with business, industry and entrepreneurship, by which those who serve others better benefit themselves, as the keys to success. He deserves close attention.

We shall make a fatal error if we yield to the temptation of believing that mere opposition to our wrongs, and the simple utterance of complaint, will take the place of…constructive action, which must constitute the bedrock of all true civilization.

[Lay] the foundation of the race through a generous education of the hand, head, and heart.

I have never had much patience with the multitudes…ready to explain why one cannot succeed. I have always had high regard for the man who could tell me how to succeed.

Nothing ever comes to one, that is worth having, except as a result of hard work.

Nor shall we permit our grievances overshadow our opportunities.

Character, not circumstances, make the man.

Any man’s life will be filled with constant and unexpected encouragement, if he makes up his mind to do his level best each day.

One constructive effort in the way of progress does more to blot out discrimination than all the whinings in the world.

Our republic is the outgrowth of the desire for liberty…freedom of body, mind, and soul, and the most complete guarantee of the safety of life and property.

At bottom, the interests of humanity and of the individual are one.

In a state of freedom and enlightenment, [man] renders the highest and most helpful form of service [to others].

It is what a man or woman is able to do that counts.

No man who continues to add something to the material, intellectual and moral well-being of the place in which he lives is left long without proper reward.

The individual who can do something that the world wants will, in the end, make his way regardless of race.

Booker T. Washington inspires me. Self-improvement and voluntary arrangements are central to making the most of all of our children’s lives, as well as our own. That message is as true, and important, today as when he lived it. As a result, he would surely have seen through the false flag effort to demonize the Virginia Governor candidate offering the best hope for blacks as a racist. Virginia voters, as well as the rest of us, would benefit by being as observant on that score as Washington was.

This article, Booker T. Washington Would Have Spotted This False Flag, was originally published by the American Institute for Economic Research and appears here with permission. Please support their efforts.