Bitcoin Is Not a Battery 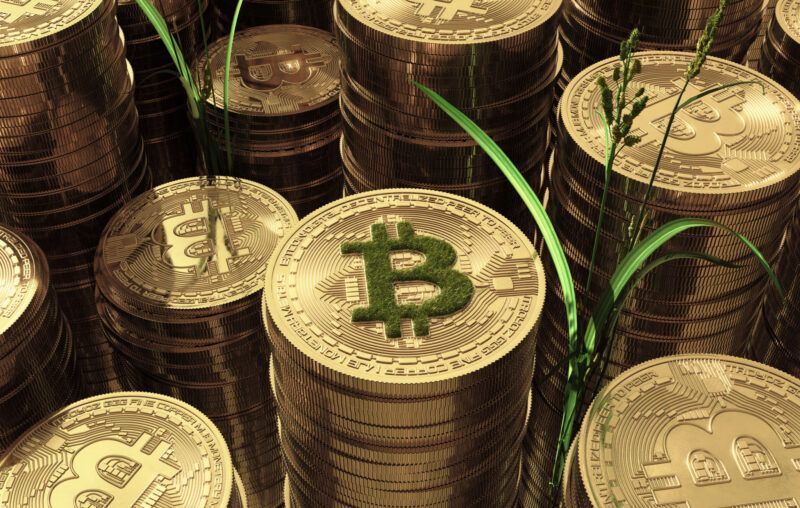 If you have spent much time in the bitcoin community over the last year, you have probably seen someone claim that bitcoin is a battery. It is a common refrain, and not just among the plebs. Some of the most-followed bitcoin proponents on Twitter––including Balaji Srinivasan (576.3k followers), Charlie Shrem (238.3k), and Knut Svanholm (38.4k followers)––have invoked the battery meme. Despite its popularity, though, it is one of the most misleading memes in the bitcoin community.

Some use the battery meme to claim that bitcoin allows one to store energy over time or transport it from one place to another. Coinshares Chief Strategy Officer Meltem Demirors, for example, has said that bitcoin “makes energy mutable, portable, storable and transferable by turning it into money.” Bitcoin doesn’t actually allow one to store, transport, or transfer energy, of course. Although miners use energy to create bitcoin, they cannot convert that bitcoin back into the energy used to create it at another time or in another place. The energy used to create bitcoin in Austin today cannot then be used to heat a house in Austin next year or power a stove in Atlanta today because it was already used to create bitcoin in Austin. There’s no getting that energy back now. And recognizing that bitcoin miners might use energy that otherwise would have been wasted doesn’t change this fact. At best, one can trade the bitcoin created with energy for some other energy available at another time or another place.

Others use the battery meme as a metaphor. Miners use energy to create bitcoin. They can then spend that bitcoin at some point in the future. They put energy in. And, although they cannot get that energy back out, they can spend the bitcoin created to acquire energy (or, something else entirely) at some other time or place. In this metaphorical use, bitcoin is not a battery that stores energy. Rather, it is a battery that stores value.

As a general rule, one should never reason from cost to value. Instead, one should always reason from value to cost. This should be obvious. Suppose that the opportunity cost of my time is $50 per hour and I spend 3 hours making a mud pie. Does that make the mud pie worth $150? Of course not. A mud pie is only worth what people are willing to pay for it. And most people do not value mud pies at all.

It is easy to mistakenly reason from cost to value because they often coincide. When people are free to produce whatever they want, cost and value tend to be equal on the margin. I don’t make $0 mud pies, in part, because no one is willing to meet my $150 reservation wage to do so. Hence, the discrepancy between the value and cost of mud pies does not arise.

Mistaking cost for value is similarly easy to understand in the case of bitcoin. Is bitcoin costly to produce? Sure. Miners must use electricity and run their rigs to produce bitcoin. But those costs are not the source of bitcoin’s value. Bitcoin is valuable because people are willing to pay for it. And, since people are willing to pay for it, some will incur costs to produce bitcoin. In other words, bitcoin’s value explains why costs are incurred to produce it. Those costs do not explain its value. If, suddenly, no one wanted to hold bitcoin anymore, its value would fall to zero. A fool might continue incurring costs to produce bitcoin, but that alone would not make it valuable.

The second problem with the metaphorical use of the battery meme is the implicit assumption that bitcoin is a good store of value, which might or might not be true and, if it is true, requires an explanation beyond the invocation of a metaphor.

The battery metaphor suggests that bitcoin is valuable because you can store something over time. That is, after all, why we value batteries. But the thing we are storing in this case is not energy or value, but bitcoin. The battery meme, in other words, merely assumes that bitcoin is valuable while appearing to offer a reason for bitcoin’s value (i.e., the ability to store something over time).

The mere assumption that bitcoin is valuable (rather than providing an explanation for its value) is also implicit in the popular 1 bitcoin = 1 bitcoin or 1 sat = 1 sat meme. This meme is often invoked in defense when the dollar price of bitcoin falls. “Bitcoin is only less valuable if you are thinking in terms of dollars,” a bitcoin proponent will say, “but 1 bitcoin is still worth 1 bitcoin.”

Ultimately, one should not care about the dollar price of bitcoin or the bitcoin price of bitcoin. What really matters is how many real goods and services one can buy with bitcoin––that is, its real purchasing power. How many cheeseburgers will it buy? That 1 bitcoin = 1 bitcoin should give one as little confidence in its real purchasing power as 1 lira = 1 lira, 1 bolivar = 1 bolivar, or 1 peso = 1 peso—that is, none at all.

This article, Bitcoin Is Not a Battery, was originally published by the American Institute for Economic Research and appears here with permission. Please support their efforts.