Bitcoin and the Cost Fallacy 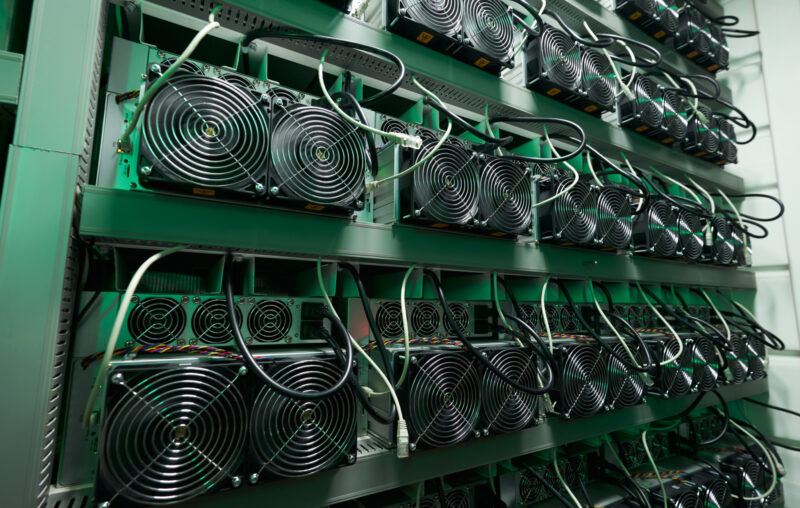 This article was originally published in the Economic Forces newsletter.

A prime example can be found in the discussion about bitcoin. The price of bitcoin has fallen about 70 percent from its all-time high in less than one year. One common refrain is that the price cannot go much lower because of the cost of mining bitcoin. It is common to hear people claim that the energy cost of producing bitcoin puts a floor under its price.

Understanding this argument requires an understanding about how Bitcoin works. In the typical payment system that most of us are accustomed to, there is some centralized authority involved. If you and I use the same bank and I want to send you a payment, this requires that our bank verify that I have the money to send. If so, the bank debits the money from my account and credits your account. If we use different banks, this involves more centralized authorities, but the basic process is the same.

Bitcoin works differently. If I want to send you bitcoin, there is no central authority to do the verifying or the crediting and debiting. Instead, this process is decentralized. Payments are verified by the consensus of the network. People who want to send bitcoin to others broadcast the transactions to the network. They do this through their own node on the network or a node that is connected to their Bitcoin wallet. Nodes receiving these messages will then pass along valid transactions that have yet to be recorded on the blockchain to other nodes until these transactions propagate throughout the network.

One piece of information that is passed through the hash function is a number called a “nonce.” Adjusting this nonce is critical to finding a hash that is below the threshold. In fact, one can think of bitcoin mining as a competition to be the first to find a nonce that produces a hash below the particular threshold. The only way that this can be done is through brute force. The miner guesses nonces and generates hashes until one miner successfully finds a hash below the threshold. Naturally, a machine that can generate hashes faster than other machines has an advantage. More hashes means a greater probability of successfully mining a block and receiving the block reward.

Participating in this mining process requires using a lot of computing power. Early on, people used ordinary personal computers to mine bitcoin. However, to gain an advantage people started building machines designed specifically for this purpose. In fact, there are now publicly-traded companies that exist solely to operate large numbers of these machines and use the computing power to mine bitcoin.

Operating these machines requires energy. This energy generally comes from an ordinary electrical grid, but there are many creative solutions to use resources that are otherwise wasted for this purpose. For example, instead of flaring natural gas, some are capturing that natural gas to generate energy that is used to run bitcoin miners. Others are using coal refuse to generate energy to mine bitcoin. Others are capturing energy from landfills to mine bitcoin. As a result of both the energy use and these creative solutions, much of the debate around bitcoin mining is whether it generates a positive or negative externality.

Regardless of the externality discussion, bitcoin mining requires energy use, and it is here where the cost fallacy emerges. A common argument is that since bitcoin mining requires energy, the cost of producing that energy puts a floor under the price of bitcoin. The logic is that miners process blocks because they want the block reward, but they will not mine bitcoin if the cost in terms of energy exceeds the benefit. I agree that this is true. That does not mean that energy costs put a floor under the price of bitcoin.

The cost of producing bitcoin does not explain the price. Like everything else, the price of bitcoin is determined by supply and demand.

A critical feature of Bitcoin is that the block rewards I described above are cut in half (in terms of bitcoin) approximately every 4 years. Eventually, there will be no block rewards and all that miners will receive from processing blocks are transaction fees. Thus, new bitcoin will be issued every 10 minutes until the supply reaches approximately 21 million. This feature of Bitcoin implies that both in the short run and in the long run, no amount of mining effort can ever affect the supply of bitcoin. In other words, the supply of bitcoin is independent of the price of bitcoin. As a result, the price of bitcoin is entirely demand-determined.

But what about the energy cost?

If the price of bitcoin goes up by 20 percent, this makes mining substantially more profitable than it is now with current energy usage. As a result, one should expect more bitcoin mining machines to get turned on until the expected marginal benefit from mining is equal to the marginal cost of the last unit of energy. This could come from new miners entering the market, or from existing miners turning on more machines.

On the other hand, if the price of bitcoin goes down by 20 percent, this would make mining substantially less profitable. In fact, it is likely to be unprofitable for some miners. One would expect a number of these machines to get turned off or relocated to where there is cheaper energy until the expected marginal benefit from mining is again equal to the marginal cost.

Thus, energy cost doesn’t put a floor under the price. Instead, it is the price that influences the energy cost.

The price of bitcoin is just about supply and demand. Same as it ever was.

This article, Bitcoin and the Cost Fallacy, was originally published by the American Institute for Economic Research and appears here with permission. Please support their efforts.