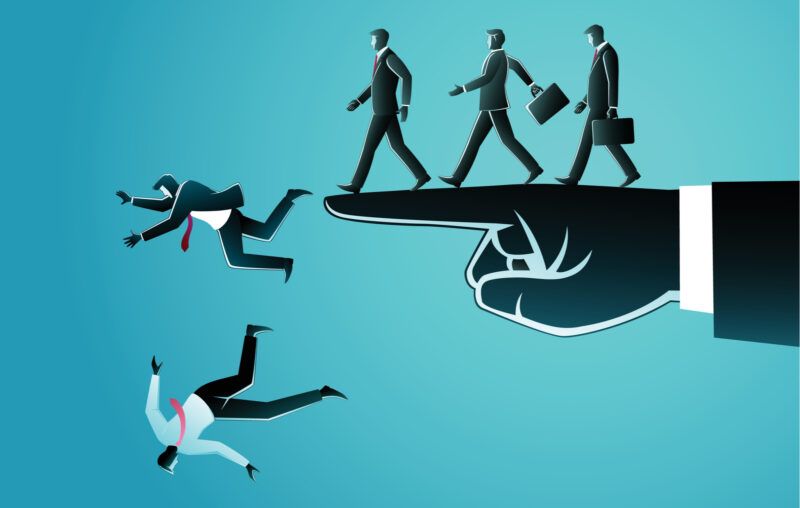 The federal government’s insatiable appetite for spending has left politicians casting about for untapped revenue sources. Enter President Biden’s tax plan, which contains a death tax on the middle class dressed up as a capital gains tax on the rich. Having squeezed from the rich about as much as they are likely to get, politicians are now gunning for the rest of us.

What politicians know, but won’t say, is that the middle classes are the great untapped revenue source. What the middle classes lack in income, they more than make up for in numbers. Before taxes and transfers, the average household in the middle income quintile earned $77,000 and the average household in the upper middle quintile earned $117,000. Combined, those households earned $4.8 trillion in 2018. That’s twice what the top 1% earned. Meanwhile, the top 1% paid an average effective federal tax rate of 30.2 percent, versus 12.8 percent for middle income and 16.7 percent for upper middle income households.

The President emphasizes that his plan closes an arcane loophole, “stepped-up basis,” that has allowed billionaires to get away with paying less taxes. He and his supporters keep saying “capital gains,” and “billionaires,” but the fact is that the proposal for closing that loophole will hit middle class homes, farms, and businesses.

Under long-established law, an heir owes capital gains taxes when the heir sells, not inherits, assets. So, a family home, farm, or business, passed down from generation to generation, only creates a tax liability when the heir at the end of the line finally sells it. Even then, the heir pays tax on the increase in value from when the heir inherited the asset to when it was sold. This is “stepped-up basis,” and it partially compensates for the fact that capital gains taxes don’t adjust for inflation. For example, under current law, a home purchased for $50,000 in 1980 and sold for $150,000 in 2021 could be subject to more than $20,000 in capital gains taxes even though, adjusted for inflation, the home was sold at a loss. Stepped-up basis attempts to eliminate this inflation bias by resetting the clock on the asset’s value at inheritance.

Biden’s plan would remove the stepped-up basis, meaning that heirs would pay tax on the increase in value from when the ancestor purchased the asset to when the heir sold the asset. For businesses passed down through multiple generations, this can significantly magnify the tax bill. And in a one-two punch, Biden’s plan also requires that heirs pay the tax when they inherit assets, not when they sell them. So rather than the family home, farm, or business being taxed when the last heir finally sells it, it would be taxed each time it moved from one generation to the next.

The President insists on calling this a “capital gains tax,” but the combination of these two pieces – removal of stepped-up basis and pay-at-inheritance – causes the tax to behave exactly like a death tax. It is a death tax aimed squarely at the middle classes.

To mollify farmers, the President has said that heirs can delay paying the tax provided they continue to work the farm. This is scant help as the heirs will still be subject to the increased tax. The plan merely allows them to pay later. To throw a bone to family businesses and people who have lived frugally to save for their children, Biden’s plan offers a $1 million exemption.

But passing this new tax plan will be much harder than ratcheting that $1 million exemption down after the law is passed. Once the new plan is in place, expect that $1 million exemption to start shrinking until the new tax hits everyone. For evidence, look at the history of the federal income tax, which politicians at the time promised would apply only to “the rich.” Once instituted, it took less than a decade for politicians to extend the federal income tax all the way down to the poor.

The President’s tax plan is a death tax on the working class dressed up as a capital gains tax on the rich. Say what they will about using the tax code to reduce income inequality, the fact is that multi-trillion dollar deficits have made politicians desperate for new sources of tax revenue. And, having eaten the rich, they’re now turning their eyes to the middle class.

This article, Biden’s Tax Plan Is a Middle-Class Death Tax Dressed as a Capital Gains Tax on the Rich, was originally published by the American Institute for Economic Research and appears here with permission. Please support their efforts.