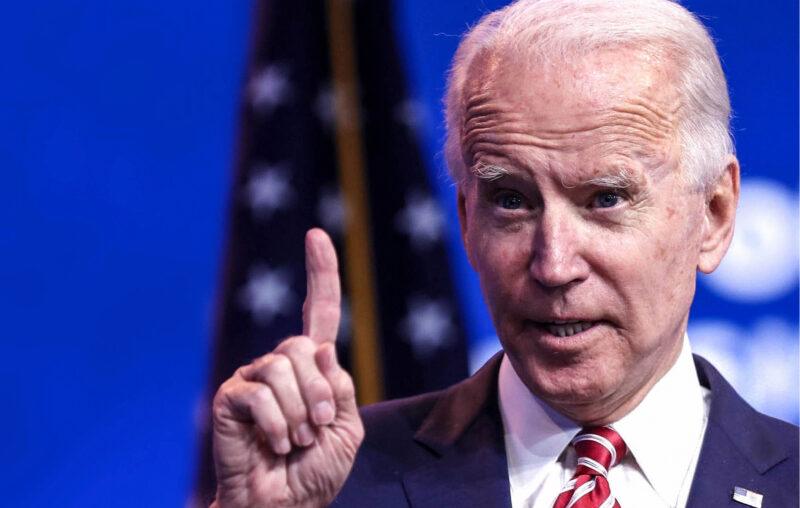 I’ve been thinking about that distinction a great deal lately, especially as President Joe Biden has taken to asserting powers that he openly acknowledges he doesn’t legally have.

Heyne presented the idea in just two paragraphs in his chapter on the distribution of income, after discussing property rights that are so affected by government regulation that they are effectively rights in name only for owners who cannot act as owners (e.g., rent controls preventing competitive price setting). After introducing that counterintuitive notion, Heyne wrote, “A useful distinction that can often help us agree on what we’re talking about is the distinction between actual, legal, and moral property rights.” He then added, “It is the people’s actual rights that govern their expectations and consequently determine how they will behave.”

Heyne gave a light-hearted example of a city park ordinance requiring dog owners to clean up after their pets. In the example, people have the legal right to go barefoot in the park without expecting an unpleasant squish. If dog owners resist and find city leaders unwilling or unable to enforce the ordinance, they discover an actual right to let their pets pollute. Dog owners and barefoot park goers likely both insist on a moral right to do as they prefer.

Because rights are social facts, they depend on acceptance by others of the appropriate obligations. Until dog owners accept the obligation to monitor their pets’ behavior — either to avoid legal penalties or to show consideration for others — park users will not enjoy the actual right to frolic fearlessly and will consequently keep their shoes on while strolling in the park.

In this framework, Biden is openly asserting an actual right to do things he suspects or knows he has no legal right to do. He dares objectors to seek enforcement by the courts, telling them essentially to bring it on, knowing there are enormous costs in time, money, and hassle for them to do so. If they don’t, Biden has discovered an actual right. It’s a giant game of constitutional chicken, with ramifications that can affect generations by greatly expanding the power of the Executive Branch.

Consider, for example, Biden’s eviction moratorium, which he inherited from his predecessor but somehow made his own. In early August, when the Centers for Disease Control and Prevention (CDC) promulgated its 60-day emergency eviction moratorium, it did so even as Biden openly doubted the move was legal and said scholars had advised him it was likely unconstitutional. That followed a Biden administration spokesperson saying outright that the president lacked authority for the move, that “the president has not only kicked the tires; he has double, triple, quadruple checked.”

The president issued the order anyway, on this basis: “But at a minimum, by the time it gets litigated, it will probably give some additional time while we’re getting that $45 billion out to people who are in fact behind in the rent and don’t have the money.” As Aaron Blake characterized it for The Washington Post: “In other words: It might not be legal, but even if it’s not, we’ll get some good done in the meantime.” The U.S. Supreme Court blocked the moratorium in late August, decrying the administration’s attempt to give the federal agency “a breathtaking amount of power.”

I can’t help but think that the eviction moratorium would be a sterling addition to Heyne’s section on government regulation removing actual property rights from nominal property owners.

With his vaccine mandate, however, Biden has shown the eviction moratorium was merely a warm up act for assuming something is unconstitutional but doing it anyway. The Biden administration’s Safer Federal Employees Task Force June guidance (recovered from the Memory Hole via the Internet Archive) stated that “At present, COVID-19 vaccination should generally not be a pre-condition for employees or contractors at executive departments and agencies (agencies) to work in-person in federal buildings, on federal lands, and in other settings as required by their job duties” (emphasis added).

His statements notwithstanding, it was becoming obvious that he not only believed he had a moral right to issue such an unprecedented order, but also that he was going to assert an actual right to do so, regardless of the legal right. Furthermore, given that Biden was asking the Biden administration if the Biden administration could do something Biden wanted, the answer was bound to be a yes in some form or fashion.

There’s no reason to think this is the last time Biden will go this route. Rather, it bespeaks a dangerous pattern. Again, the Biden calculus for knowingly announcing a legally questionable and likely unconstitutional order included telling those threatening to sue over it: “Have at it.”

It’s essentially the dog owners’ approach to the park ordinance. You really want to police the dogs crapping all over the park? Fine, go ahead, let’s see.

But like the defiling dogs, the Biden administration’s current and future orders against the Constitution can work only if we the people let them and don’t rein them in. If Biden’s gambit succeeds in people no longer challenging his power grabs, legal rights will diverge from actual rights. The legal rights will become quaint, a curiosity, a “Did you know, actually,” nothing more. The complaints by the American subjects, formerly the American people, will fall to toothless assertions of moral rights. The president’s strategy will have resulted in accruing to his terrible office actual rights that were never imagined from the first days of the Republic until the moment the president announced them.

Do you really have a right if you don’t behave as if you do?

Happily, this framework also points the way forward for the American people. If we continue to assert our legal rights, and in so doing resist Biden’s impositions whose very legality even he questions, then our legal rights will realign with our actual rights. Witness the defeat of the eviction moratorium via the CDC, for example. Do so and let Biden, his power-mad bureaucrats, and his media tagalongs be the ones whining about moral rights while Americans, backbones and rights intact, go about living our lives.

News from Michigan offers some more encouragement. In the early months of Covid, Gov. Gretchen Whitmer’s executive orders were notorious for their overreach and for being arbitrary and capricious. For example, the Institute for Justice called her out for “permitting grocery stores to sell vegetables, fruits, and herbs, but prohibiting nurseries and garden centers from selling plants so that Michiganders can grow their own vegetables, fruits, and herbs” (emphasis in original). Whitmer’s dictates were challenged, and in October 2020 the Michigan Supreme Court ruled that Whitmer’s Covid-based executive orders beyond April 30, 2020, lacked authority in Michigan law.

Fast forward to this month, when the Whitmer administration and legislative leaders agreed to a new budget. As reported by the Detroit Free Press on Sept. 21, the budget agreement “bans any state entity from requiring or creating vaccine passports, establishing or publicly releasing any COVID-19 vaccine database or retaliating against someone who chooses to not get vaccinated” and “expressly prevent state and county health departments from enforcing any mask mandates on anyone who is 17 or younger.”

The lesson here is, if you have moral rights and legal rights, defend them so that they are also your actual rights. As John Stuart Mill observed, “Bad men need nothing more to compass their ends, than that good men should look on and do nothing.”

This article, Biden’s Gambit: Actively Testing Americans’ Willingness to Assert Their Rights, was originally published by the American Institute for Economic Research and appears here with permission. Please support their efforts.