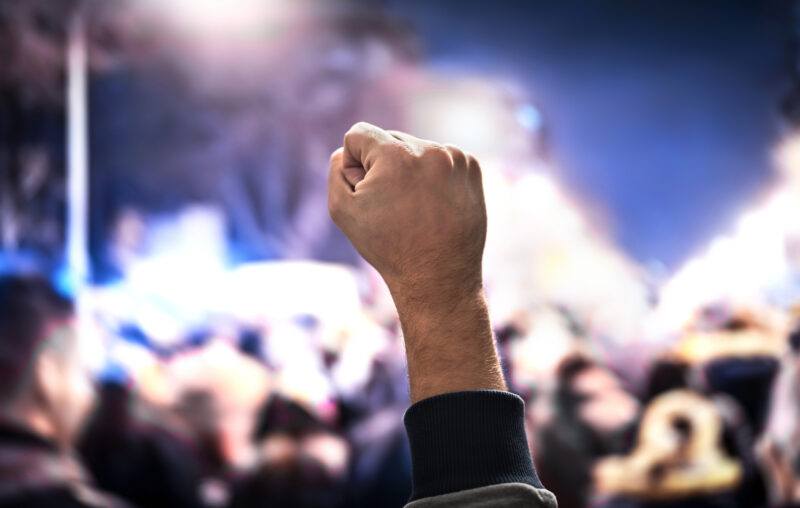 Last May, while teasing a run for the governor of Texas, eccentric actor Matthew McConaughey famously quipped, “I’m not interested in going and putting a bunch of Band-Aids on that are gonna be ripped off as soon as I’m out.”

The sentiment McConaughey captures with this statement is remarkable. He recognizes the difference between the long term and the short term. Thoughtful forward thinking vs. temporary band-aids.

If only there were more McConaughey’s in office today!

Unfortunately for us, we are stuck with the usual suspects: career politicians and their armies of band-aid deploying bureaucrats.

Now back to the present. Yesterday the Biden administration revived its unconstitutional band-aid ban on evictions. Biden directed the Centers for Disease Control and Prevention (CDC) to issue a new eviction moratorium – stalling evictions for 60 days in “counties with heightened levels of community transmission.”

Based on current CDC case data and a statement from Senate Majority Leader Chuck Schumer, the new moratorium will cover over 90% of the country.

As with any band-aid solution, this maneuver seeks to alleviate short-term problems while disregarding long-term consequences. In this case, tenants will feel a temporary cushion, at least until the moratorium expires, while we all will be stuck with the political and economic consequences of the President’s short-term directive.

Pulling Back the Curtain

The efficacy of extended eviction moratoriums on controlling Covid-19 is dubious. To justify them, the CDC cites two papers from UCLA and Duke which study the effect of lifting moratoriums on Covid-19 cases and deaths.

For example, the UCLA researchers estimated “[T]he lifting of moratoriums could have resulted in between 365,200 and 502,200 excess coronavirus cases and between 8,900 and 12,500 excess deaths.”

Upon closer examination, however, both papers appear to suffer from inconsistent and flawed data, which are then used to draw highly questionable conclusions.

At Reason, these papers’ issues are explored in detail, with a brief summary below,

“The size of the effect is wildly disproportionate to other public health interventions. The researchers also claim an absurd amount of certainty in their results despite the large uncertainties in the data they use, and they assert a causal effect based solely on correlation.”

It would appear then, that the current moratorium extension is not based on strong scientific evidence that such an action will meaningfully control Covid-19, as the CDC claims, but more likely represents Joe Biden’s use of the CDC as a band-aid for his own political objectives.

Namely, he was compelled to address the progressives who, demonstrating in front of Congress this past week, demanded the moratorium be extended based more on a housing rights argument, not one of Covid-related public health.

Biden made this clear yesterday, when he stated: “I asked the CDC to go back and consider other options.”

Looking beyond the politics of the decision, this directive sets a dangerous precedent. In “act first, apologize later,” fashion, Biden admits this is all likely unconstitutional. He tells us, “at a minimum, by the time it gets litigated it will probably give some additional time while we’re getting that $45 billion out to people who are in fact behind in the rent and don’t have the money.”

This is a rather startling admission. Here we have a sitting President acknowledge that a course of action is very likely unconstitutional, while simultaneously promoting that action.

So where does this leave us? In the Biden band-aid era, we send our future leaders the following message: once you are in power, feel free to place your party’s interests above the law.

When factions reign supreme over the rule of law, danger abounds. Contrast Biden’s approach with that of George Washington, who reminds us in his farewell address,

“It is important, likewise, that the habits of thinking in a free country should inspire caution in those entrusted with its administration, to confine themselves within their respective constitutional spheres, avoiding in the exercise of the powers of one department to encroach upon another.

The spirit of encroachment tends to consolidate the powers of all the departments in one, and thus to create, whatever the form of government, a real despotism.”

Perhaps most importantly, and of course least mentioned by the mainstream media, are the economic consequences of the extended eviction moratorium.

While the economic problems arising from the order are many, two stand out: first, those that rent housing lose both economic property rights and income, and second, the affordable housing market suffers from a decrease in the supply of units, disproportionately harming low-income tenants.

To put this into perspective, during a recognized affordable housing shortage, the Biden administration de facto nationalized the rental housing industry by overriding property rights.

Though this nationalization is not explicit, because rental properties remain in private ownership, our government has, purportedly for the national interest, removed the right of property owners to manage their properties as they see fit.

As landlords digest the economic risks posed by this loss of property rights, many will move capital away from the housing market towards other opportunities. This means less properties are rented for housing and real estate entrepreneurs will be less likely to develop new housing stock. Quantity of housing units supplied will fall, causing prices to rise, exacerbating the existing shortage of affordable housing and further harming low-income tenants.

Additionally, those that continue to rent property will likely increase rents to compensate for income lost in housing non-paying tenants for which rental “assistance” remains absent and the risks inherent in operating in a market with the unpredictable threat of such government intervention. Ultimately, this band-aid approach will increase housing costs for all, likely increasing the risk of eviction for many, rather than resolving it.

For a real world example of the consequences, the Pacific Legal Foundation, which launched lawsuits against the CDC last fall, offers evidence of what the first moratorium looked like in action:

“[S]ince launching lawsuits against CDC’s moratorium in November, Pacific Legal Foundation has heard from countless individual landlords who depend on rental income for their retirement income, to pay for their children’s college tuition, and to cover their living expenses. We even heard from one landlord who went without her prescription medications for a time when she couldn’t collect from a non-paying tenant.

But it’s not just the impact on landlords that should have given CDC pause. The reality is that there is also an adverse impact on low-income families that need to secure affordable housing. As counterintuitive as it may be, eviction moratoria threaten to exacerbate housing affordability problems in the rental market and ultimately hurt the very people they were intended to benefit. So once again, regulation has unintended consequences.

…It’s basic economics. As the supply of rental housing declines, rents inevitably rise. And ultimately that exacerbates problems for those families already struggling to keep a roof over their head. But of course, when pressed, the CDC argues in court that it wasn’t concerned with the impact on affordable housing.”

In short, the extension of this band-aid moratorium, much like rent-control policies, will cause only more harm to those it intends to benefit.

Unfortunately, the long-term consequences of this band-aid eviction moratorium will be felt by tenants, property owners, and the rest of us for years to come.

As long as the political calculus of the day favors short-term band-aids, without consideration of the unseen economic consequences, Americans will suffer.

And there you have it. Biden’s moratorium, spurred by those who refuse to acknowledge constitutional limits, the importance of property rights in economic planning, and concepts of economic scarcity, tees up a precedent that will ultimately increase the cost of housing and with it, the risk of future evictions.

This article, Biden’s Band-Aid Eviction Moratorium, was originally published by the American Institute for Economic Research and appears here with permission. Please support their efforts.