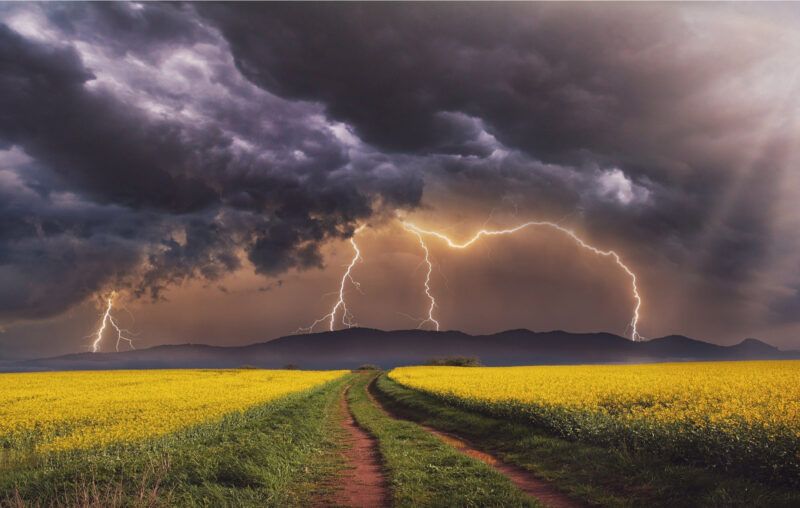 Will Biden’s “America the Beautiful” program save America’s environment? On January 27, President Joe Biden issued an executive order proclaiming “the goal of conserving at least 30 percent of our lands and waters by 2030.” That target would require almost tripling the amount of land under government restrictions – an area twice the size of the state of Texas. Last week, the Biden administration released a 22-page “America the Beautiful” vision statement short on details but overflowing with bromides including the following gem: “The road to a full recovery remains steep, but President Biden is determined to lead America to new heights.”

Biden has not yet specified which provision of the Constitution entitles the president to proclaim national land use goals. Regardless, he is reaping applause for pledging to fight climate change, protect biodiversity, expand parkland, and other courageous positions. Biden is launching the initiative regardless of the feds’ own dreadful environmental record. As law professor Jonathan Turley observed, “the government remains the nation’s premiere environmental felon.”

But everything will be different under Biden, right? His plan was jointly developed by the Commerce, Interior, and Agriculture Departments. Gina McCarthy, Biden’s senior climate change advisor, proclaimed, “This is the very first national conservation goal we have ever set as a country.” However, much of the plan resembles what the U.S. Department of Agriculture (USDA) has claimed to be achieving for almost a century.

Federal agricultural policy offers stark lessons on the folly of trusting politicians with the environment. Since Franklin Roosevelt’s New Deal, farm policymakers have routinely portrayed the private sector as inherently destructive to the environment. Secretary of Agriculture Henry Wallace declared in 1934: “Probably the most damaging indictment that can be made of the capitalistic system is the way in which its emphasis on unfettered individualism results in exploitation of natural resources.”

But federal policy has been devoted to perpetually inflating crop prices regardless of damage to the environment or the economy. In 1936, the Supreme Court struck down the Agricultural Adjustment Act (AAA), which boosted crop prices by paying farmers to idle land, as unconstitutional. A few weeks after the Supreme Court ruling, Congress enacted the Soil Conservation and Domestic Allotment Act to pay farmers for reducing their acreage of “soil-depleting” crops – which by amazing coincidence turned out to be the same crops government planners sought to restrict. Paying farmers purportedly to conserve soil was much more politically defensible than paying farmers not to work.

Politicians continued to set price supports far above market levels, causing crop surpluses that the government struggled to hide, dump, or suppress. In 1956, the Eisenhower administration launched the Soil Bank to pay for long-term acreage reduction. The program quickly flopped; Time magazine commented that it had “once more proved that, barring police-state controls, farmers will always outsmart bureaucrats.” The Soil Bank was abolished in 1965.

In the 1970s and early 1980s, the USDA earned the nickname, “Uncle Sam, Super Sodbuster.” Between 1977 and 1982, almost 4 million acres of relatively low-quality land were plowed up. Many of the newly plowed acres were born-again cropland that the USDA paid farmers to retire into grassland in the 1940s in response to the Dust Bowl. USDA Secretary John Block complained in 1984 that federal farm programs “encouraged farmers to tear up the cover crop on erodible soil ahead of schedule to provide a crop history” to collect subsidies. Deputy Assistant Secretary Richard Siegel observed that “there is a direct connection between the degradation of the fragile soil and the wheat price supports.”

Rather than fixing the problem by ending subsidies that rewarded farmers for plowing up fragile land, Congress instead created a new subsidy program to pay farmers not to plant. The Conservation Reserve Program, launched in 1985, paid farmers to idle tens of millions of acres of farmland for ten years. The CRP often paid double or triple the prevailing local rental rate to reward farmers for shutting down their farms. In Missouri, the CRP disrupted land values so badly that rocky, craggy ground became worth more than good farmland. Though farmland mortgages are routinely stretched out over 30 years, USDA’s ten annual CRP rental payments exceeded the total value of the land for over half of all CRP land. The CRP became an early retirement program for many farmers, allowing them to shut down their businesses and move to Florida. Most of the land enrolled in the CRP could have been farmed with little or no environmental harm.

The CRP ravaged the economies in much of rural America. Sen. Kent Conrad (D-ND) complained that the CRP has “absolutely wiped out small town after small town as we took land out of production.” A 1995 University of Minnesota study concluded that USDA acreage-idling programs such as the CRP had directly reduced rural population by one-third since 1950. The CRP hurt aspiring young farmers in many areas by creating a comparative shortage of farmland and artificially inflating rent.

The Clinton administration believed the solution to CRP’s problems was to vastly expand the program. In 1997, the USDA announced that most of the cropland in the United States was in such bad shape that the government would consider paying to shut it down. Secretary of Agriculture Dan Glickman bragged, “This is the most profound conservation program in the history of the United States of America.” The Associated Press inadvertently captured the new policy’s irony: “Up to 240 million acres, two-thirds of the nation’s farmland, will be eligible for the Conservation Reserve Program under the new rules, which are intended to target the most environmentally sensitive land.” How much targeting occurred if most of the cropland in the country was eligible? But that was typical of how farm programs were designed to maximize the number of handout recipients. Kendell Keith, president of the National Grain and Feed Association, said that the USDA “grossly exaggerated” the number of highly erodible acres it enrolled in the CRP and blamed the program for “the 15 percent decline in U.S. wheat export market share.”

Any marginal environmental benefit the CRP conveyed was swamped by the perverse incentives of other federal policies. A 2007 Government Accountability Office report found that tens of millions of acres of fragile grasslands had been converted to cropland in the prior decades thanks to lavish crop subsidies. GAO concluded, “Farm program payments provide significant incentive to convert grassland to cropland because they increased the expected profitability of farming while lowering the associated risks.” Many farmers sodbusted poor-quality grasslands solely to qualify for federal disaster or crop insurance payments when their crops failed. Some farmers plowed worthless land, seeded from an airplane, and collected government payments when the crop inevitably failed.

Politicians’ pious prattle about conserving fragile grasslands was irrelevant compared to the impact of federal ethanol mandates, which sent corn prices through the roof. Farmers planted 14 million more acres of corn in 2007 than in 2006. By 2016, almost half the corn crop was devoted to ethanol – which remained politically popular even though it boosts smog, damages gasoline engines, and sows starvation in poor nations by driving up food prices.

As part of the “America the Beautiful” campaign, the Biden administration is expanding the Conservation Reserve Program. USDA Secretary Tom Vilsack declared, “With CRP, the United States has one of the world’s most successful voluntary conservation programs.” But Vilsack, a former Iowa governor, is one of the biggest ethanol zealots in the land, who portrays it as aggie holy water. The Biden administration is expected to mandate greater use of ethanol in fuel, thereby likely spurring more grassland conversion to cropland regardless of the administration’s rhetorical emissions.

Property and Environment Research Center president Brian Yablonski labeled Biden’s “30 by 30” plan as “the president’s eco moonshot.” Many farmers and other rural Americans fear being in the moonshot’s crosshairs. Sen. Roger Marshall (R-KS) said, “this is the No. 1 emotional issue out there… You talk about upsetting people, start messing with their property rights.” Rep. Pete Stauber, (R-MN), warned that “Biden’s 30 by 30 agenda means further extending federal control into our way of life.”

Biden’s “30 by 30” program may be another in a long series of command-and-control interventions that presumes the feds must forcibly intervene to prevent landowners from committing economic suicide. But private owners have a much better record of caretaking land than does the U.S. Forest Service, the Bureau of Land Management, or other bureaucratic monoliths.

Biden’s “30 by 30” will likely become simply another pork barrel environmental program which deluges their friends and donors with subsidies. But there is no reason to expect “America the Beautiful” to be less of a debacle than FDR’s farm programs, Eisenhower’s Soil Bank, or the Conservation Reserve Program. If political hot air was all that was required to achieve “America the Beautiful,” the United States would have become paradise long ago.

This article, Biden’s “America the Beautiful” Vision Ignores Feds’ Dreadful Record, was originally published by the American Institute for Economic Research and appears here with permission. Please support their efforts.