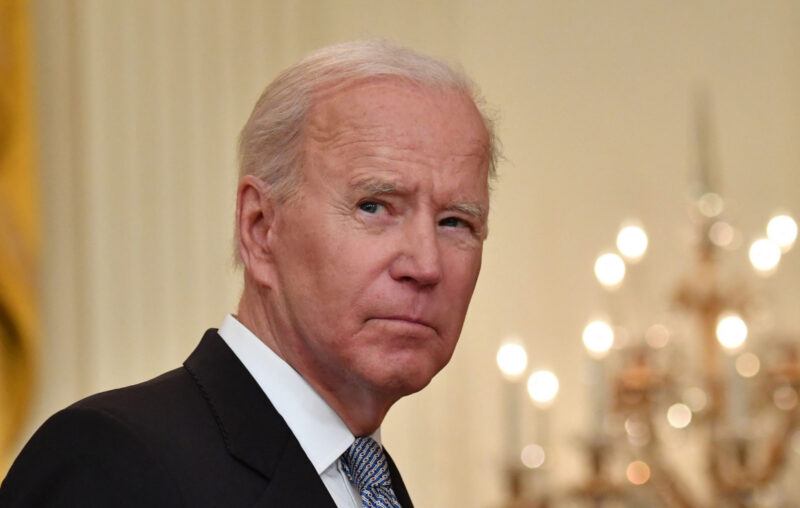 As news of the second quarterly decline in real GDP growth hit last week, Biden’s economic advisors launched an aggressive media campaign to deflect any attention from signs of an impending economic downturn. The two-quarter decline marked a milestone, as it is usually a sign that a recession has begun according to the conventional economic definition.

When Fox News’s Peter Doocy asked White House Press Secretary Karine Jean-Pierre about the two-quarter decline, she shot back “that’s not the definition [of a recession]. That is not the definition.” Although it is not the only definition of the term, the two-quarter standard is in fact the most common rule of thumb to mark a recession. It appears in almost every mainstream economics textbook. It is also a common standard used by most developed countries, including the UK Treasury, the German Bundesbank, the French National Institute of Statistics and Economics, the Australian Parliament, and Canada’s balanced budget act of 2015.

By contrast, the White House prefers waiting on a recessionary determination by the business cycle timing committee of the National Bureau of Economic Research (NBER), even going so far as to designate them the “official” arbiter of recessions. There is no such official designation in US law, as I documented recently in the Wall Street Journal. But more importantly, the NBER approach is fundamentally unsuitable for making real-time policy decisions. It is rigorous and respected as a historical indicator, but NBER’s determinations are retrospective by design. It often takes a year or more after the start of a recession for the NBER to release its findings, meaning it is functionally useless for the purposes that the Biden administration now claims.

Instead, Biden’s team wishes to exploit the NBER approach so they can buy time to limit the political fallout. This is completely contrary to the intentions of the NBER’s committee, but that has not stopped the White House from invoking their authority as a deflection tactic to avoid political backlash over a recession in an election year.

Biden’s tactic comes straight from the playbook of the man who was president when he first took office as U.S. Senator from Delaware in 1973: Richard M. Nixon. The U.S. economy entered into a downturn around November 1973, and would not emerge from the recession until the spring of 1975. Over the next several months, Washington was abuzz with chatter about crossing the threshold into a multi-quarter decline. Nixon used his State of the Union address on January 30th to declare “there will be no recession in the United States of America,” depicting the previous fall’s turmoil as a temporary residual effect of the 1973 oil embargo following the Yom Kippur War in the Middle East.

When the specter of a two-quarter decline was raised, suggesting that the traditional definition of a recession would soon be met, Nixon’s team went to work by trying to change the definition.

George P. Schultz, Nixon’s Treasury Secretary, dismissed the prospect of a recession in an interview with the New York Times. “I am sure the President will turn out to be right, as we define it,” he announced in a February 1974 budget briefing. Schultz “maintained that the conventional, “simple-minded” definition of a recession, two successive quarters of decline in real gross national product, would not “fulfill the bill” in 1974, because of the “intrusion of the energy shortage.”” As the Times report continued:

[Schultz] said there were “judgmental factors” involved in deciding what a recession is or is not. “In the end,” he said, “it will be up to Geoffrey Moore and the National Bureau of Economic Research to make a scientific judgment” on whether a recession occurs this year, adding that the bureau “would not make that decision for another couple of years.”

When asked why the President had said that something that could not be defined was not going to happen, Mr. Schultz beamed like a man full of confidence in his present job, and even in his next one. He noted that a recession was hard to define because the economy was so complicated.

This act of definitional evasion prompted a biting quip from Arthur Okun, former economic advisor to Lyndon Johnson, who said “when Administration spokesmen begin to split hairs about what a recession is, you can be sure there will be one.” Okun was no stranger to playing definitional games with economic news, but in this case he turned out to be right. The U.S. economy entered into a deep recession in 1974 and would remain there until a rebound in the second quarter of 1975.

Notably, the 1974 recession did not immediately manifest in the unemployment rate. Although the economy went into a downturn in November 1973, unemployment remained relatively stable and hovered at around 5 percent until May 1974. It rapidly increased over the summer and fall, and peaked at 9 percent the next spring.

There’s a lesson for the Biden administration in the Nixon episode, although it is different from the lesson they appear to have taken. The White House’s definitional wordsmithing could not overcome the onset of worsening economic realities in 1974, and its frequent appeals to the NBER determination could not run down the clock against a prolonged recession. Faced with similar risks today, Biden’s advisors may well be stumbling their way into a repeat of the 1970s economic malaise.

This article, Biden Borrows the Nixon Playbook on Recessions, was originally published by the American Institute for Economic Research and appears here with permission. Please support their efforts.