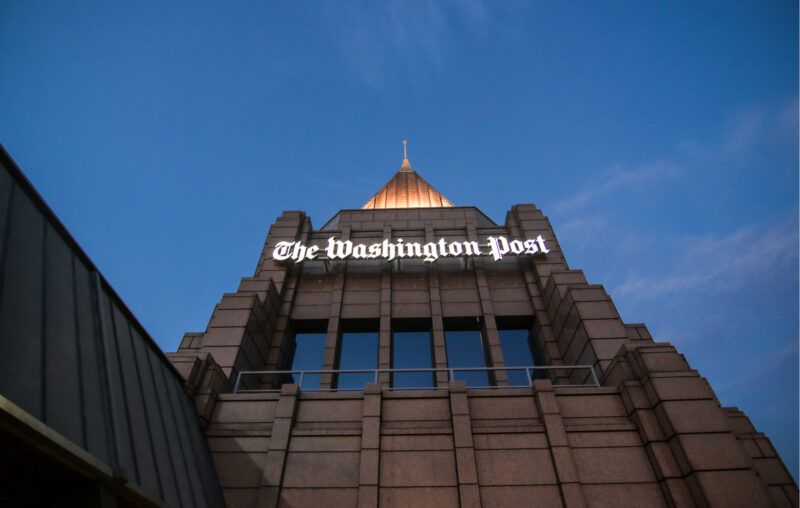 The most iconic line from The Godfather is, “I’m gonna make him an offer he can’t refuse.” Don Corleone wasn’t horsing around. The Hollywood producer to whom this ‘offer’ was made was threatened with terrible consequences if he refused to accept it. The Don’s ‘offer’ was not refused.

This famous line came to mind as I heard Washington Post columnist – and CNN regular – Dr. Leana Wen (she boasts an M.D.) insist that the government needs “to make vaccination the easy choice.” Such innocent words! Indeed, they sound downright sweet. Who doesn’t like ‘easy?’ But there’s nothing sweet or even innocent in Dr. Wen’s words. They signal authoritarianism.

By “make vaccination the easy choice” Wen means – as she admits – that “it needs to be hard for people to remain unvaccinated.” She wants government to subject unvaccinated individuals to invasions of their private affairs so restrictive and obstructive that these persons will soon conclude that the “easy choice” is to get vaccinated.

This logic, of course, is the same as that which motivates armed robbers. When told, as you stare down the barrel of a thief’s gun, “Your money or your life,” your choice at that moment is indeed easy. Yet for obvious reasons no one applauds armed robbers for making it easy for their victims to ‘choose’ to relinquish control over their property. No one reckons that, because these victims ‘choose’ to turn over their money under threats of coercion, that these victims are not wronged by the robbers. And no one concludes that, because armed robbers formally give their victims a ‘choice,’ these robbers thereby act reasonably and in good faith.

In a free society, if Ms. Jones wishes to persuade Mr. Smith to take some particular action, Ms. Jones must offer to improve Mr. Smith’s well-being without being able to reduce his well-being.

Also in a free society, part of each individual’s baseline is the freedom to go about the ordinary affairs of life – to go to work, school, church, restaurants, hotels, museums, theaters, stadiums, beaches, the homes of family and friends. There is a powerful presumption against using force to unilaterally alter this baseline. Yet Wen blithely proposes that government fundamentally and unilaterally worsen the baseline from which individuals engage with the state. It seems that in Wen’s view, rights – and the freedoms they enable – are not properties that individuals naturally possess. For her, apparently, these are privileges owned by the state to be leased to individuals at the discretion of the state and on terms that it dictates.

In a free society, those who would restrict freedoms – including the freedom to remain unvaccinated – in the name of combatting some specific disease bear a heavy burden of proving that the presumption of freedom should in the particular case be rejected. Yet no dispassionate assessment of the evidence of SARS-CoV-2’s lethality and pattern of incidence, and of the effectiveness of vaccines at protecting the vaccinated from Covid, comes close to revealing this particular pathogen as one that justifies the authoritarian measures for which Leana Wen repeatedly bleats.

Evidence that Covid is not as dangerous as it would have to be to justify government using coercion “to make vaccination the easy choice” is supplied by Wen herself. When writing about Covid she consistently fails to put data into proper context.

An example appears in Wen’s May 25th, 2021 Washington Post column ominously titled “The pandemic isn’t over – especially for our children.” There she wrote:

It’s true that children are unlikely to become severely ill from covid-19. Of the 3.9 million children diagnosed with coronavirus, just more than 300 have died.

Although here conceding that the number of children diagnosed with coronavirus who’ve died of the disease is small – in percentage terms it’s 0.0077 – Wen doesn’t put this statistic into perspective to reveal just how small it actually is. Such perspective, however, is easily gotten by a quick check of data compiled by the CDC on the ten leading causes of death in the U.S.

In 2019, the number of people in the U.S. 14 years of age and younger whose lives were taken by any one of these top-ten causes was 20,660. Of this figure, the number of children (including those up through the age of 17) killed since 2019 by Covid – 335 as of July 14th, 2021 – is a mere 1.6 percent. (This percentage would be even smaller if we were to include in the 2019 data the number of Americans ages 15 through 17 who died of any one of those ten leading causes of deaths. Unfortunately, the CDC doesn’t break the data down along these lines.)

By the way, comparing Covid deaths only to deaths caused by motor-vehicle crashes shows that the number of children who’ve so far died from Covid is a mere one tenth of the number of Americans ages 19 and younger (3,219) who died in 2019 as a result of such crashes.

After conceding that the number of children who died of Covid is minuscule, Wen quickly tries to scare readers by throwing out numbers that seemingly are large:

However, some children have become seriously ill, with more than 16,000 hospitalizations reported from a database of 24 states and New York City. The Centers for Disease Control and Prevention documents more than 3,700 instances of multisystem inflammatory syndrome in children, a potentially severe consequence of covid-19 that results in inflammation of the heart, lungs, kidneys, brain and other organs.

The implication is that, nationwide, Covid caused about 32,000 children to be hospitalized, and that even for children Covid’s side effects are serious and significant.

Sounds frightening indeed – until context is provided. According to the CDC, in 2019 alone 6.7 percent of all Americans under the age of 18 had at least two visits to hospital emergency rooms. That is, the number of American children who in 2019 at least twice suffered injuries or illnesses serious enough to warrant visits to emergency rooms was about 4.1 million. (4.1 million is roughly 6.7 percent of the 61,175,933 Americans under the age of 18.) Even if only one percent of these children required overnight hospitalization on just one of their visits, the resulting number of these non-Covid hospitalizations – 41,000 – would have been 28 percent higher than is the number of children hospitalized for Covid.

Perspective makes all the difference.

Before closing, I can’t resist mentioning one final reason for ignoring any and all advice offered on Covid by Leana Wen. Recall that Wen wrote in May that the number of children killed by Covid is “just more than 300” – meaning that, as she then correctly conceded, “children are unlikely to become severely ill from covid-19.” But as if to further prove herself to be an untrustworthy source of information on Covid, less than a month later, on June 15th – and with hardly any change in the number of children killed by Covid – Wen described Covid as “one of the leading causes of death among children.” Her ‘evidence’ for this wildly incorrect assertion is a “thought experiment” that she shared with her readers combined with a link to this New York Times report from which she simply copied the line word-for-word (and in which no evidence in support of the assertion is offered).

I sincerely hope that Dr. Wen is a much better physician than she is a journalist.

Perspective matters. Truth matters. Failure to provide either is an easy way to dupe people into accepting from the state an awful offer that they certainly should refuse.

This article, Beware of Totalitarian Scare-Mongering, was originally published by the American Institute for Economic Research and appears here with permission. Please support their efforts.