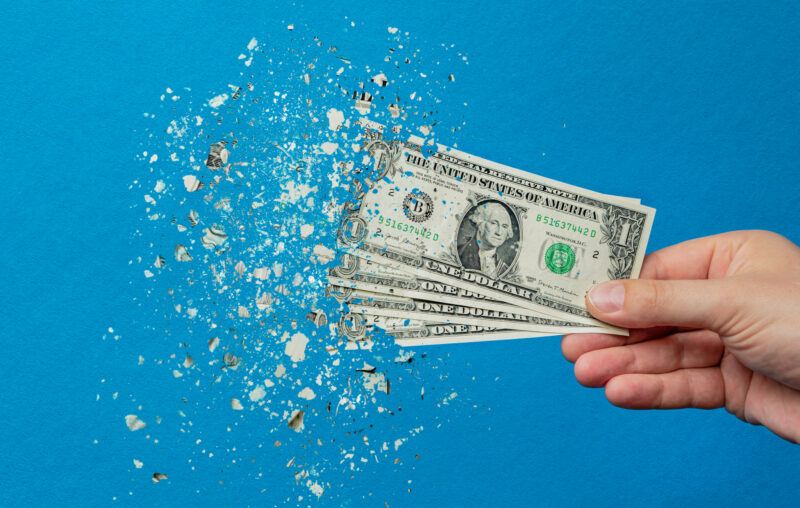 Economists continue to debate whether the high rates of inflation observed over the last few months are transitory or permanent. Year-on-year inflation was 4.3 percent in August. The average annual rate of inflation since January 2020 is around 2.85 percent. Should we expect inflation to return to the Fed’s 2 percent average inflation target? Or, is inflation likely to remain high well into the future?

One way to estimate future inflation is to look at market expectations. Bond traders must consider inflation when deciding what they are willing to pay or accept. When they make a trade, they are putting their money where their mouth is. Since they don’t want to lose on these transactions, they have a strong incentive to estimate inflation accurately. What do their trades imply about the expected rate of inflation?

Traditional Treasuries promise to pay a specified dollar amount at some point in the future. TIPS, in contrast, adjust the future payment based on the amount of inflation that has been realized. These assets have the same issuer, meaning there is no difference in issuer risk. And, so long as we restrict comparisons to a given maturity date, they have the same duration risk. There is a small difference in inflation risk. But, otherwise, these assets are identical.

Since the rate on traditional Treasuries reflects the additional risk of traditional Treasuries relative to TIPS, the estimate of inflation implied by the TIPS spread is biased upward. The bias is probably very small, though. In the US, the risk that actual inflation will deviate significantly from what is expected is thought to be very low. Still, one should acknowledge that actual inflation expectations are a bit lower than estimated using this approach.

If estimating PCEPI inflation is the goal, the TIPS spread should be adjusted downward. But how much? One relatively straightforward approach is to subtract the average difference between the CPI and PCEPI from the TIPS spread. More formally, E(πPCEPI) = traditional Treasuries rate – TIPS rate – (πCPI – πPCEPI).

More importantly, one should recognize that there is a range of reasonable views. My estimates are a bit higher than Beckworth’s and, correspondingly, I am a bit more concerned about inflation than he is. But the difference in our estimates––and, as a consequence, our positions––is pretty small. We are both well within the range of reasonable.

Those denying any risk that inflation will remain above target or confidently predicting that 4 percent inflation will be the new normal, in contrast, are not within the range of reasonable. They are rightly ridiculed.

This article, Assessing Market Expectations of Inflation, was originally published by the American Institute for Economic Research and appears here with permission. Please support their efforts.