As Fred Smith Steps Down as FedEx CEO, President Biden Steps In It 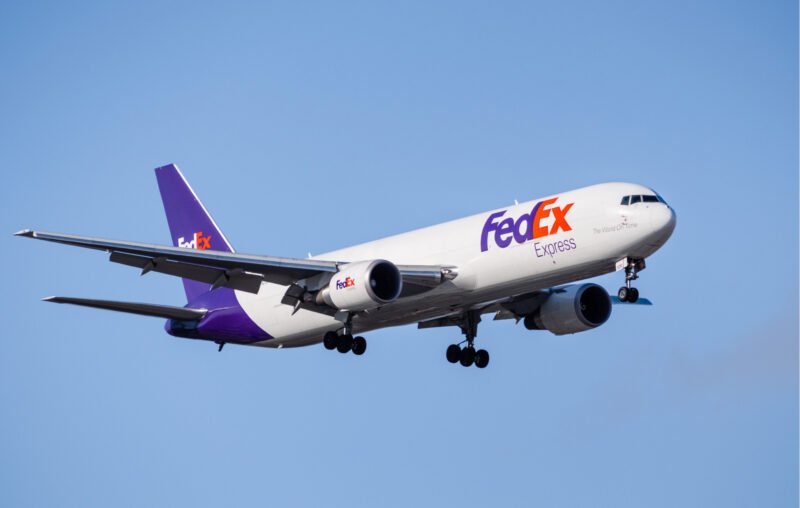 About the great Fred Smith (founder and CEO of FedEx), there are more than a few stories that have followed him over the decades. Particularly as the star of what was formerly Federal Express began to rise, it was often thrown around that a professor at Yale had given a C to Smith’s essay about a business that would offer overnight delivery, anywhere. There’s also the one about Smith supposedly nearing payday without the funds necessary to make payroll, only for the brilliant entrepreneur to play more than a few winning hands in Las Vegas such that his employees were paid.

Are the stories true, or apocryphal? The view here is that the answers to the previous questions don’t matter. What matters is that one of the entrepreneurial greats of any era just announced that he’ll be stepping down as CEO of FedEx, the remarkable company that he created. The stories don’t matter simply because any halfway clued in person doesn’t require them to know with certainty that Smith stared corporate death in the face far more than a few times since Federal Express opened its doors in the early 1970s.

How do we know with certainty that the previous assertion is true? We do because Smith is worth billions. That he is indicates that Smith not only discovered an unmet need in the marketplace, but did so in stunning fashion. While New York Times columnist David Brooks has superciliously (and naively) written that “all I need is a hedge fund to get started” on the path to billionaire status, in the real world the gut-wrenching road to “billionaire” is littered with terrifying risks taken, seemingly insurmountable obstacles, long nights full of worry that your business won’t be alive by morning, and endless ridicule from the established – and flush with cash – commercial powers that be.

Smith’s billions are a certain signal that he endured all of the above, and more. Indeed, if Smith’s vision for giving all new meaning to delivery had been accepted as reasonable, then it’s near certain that other, much better capitalized businesses would have done as Smith did. That they didn’t is a reminder that the established transportation giants of the 1970s thought Smith delusional, in pursuit of the impossible, and likely both. Better yet, those with jets and the capital access to acquire more jets likely never even considered the business line that Smith so deeply believed in.

Please also consider the funding environment that existed when Smith decided to pursue the impossible. In 1969 the capital gains tax rate had been increased to 50%. And then in 1971, the dollar’s link to gold was severed by President Nixon; the latter an explicit devaluation of the dollar that logically coincided with soaring prices for the fuel that powers airplanes…A 50% tax on capital gains combined with the brutal tax that is a falling currency (when investors put wealth to work, they seek returns in dollars) made investment in the bluest of blue chips (the S&P 500 rose 17% in the 1970s) a bit of a fool’s errand, which means wildly capital intensive Federal Express brought all new meaning to intrepid investment.

Of course, that’s why entrepreneurs are so different from 99.99999% of the rest of us. They see what microscopically few see. They believe deeply. The courage and resilience Smith had, not to mention relentless devotion to his vision, was surely otherworldly.

Where it gets interesting is that in reading this, all of you are aware that FedEx (in 1994 the Federal Express was shortened) ultimately made it, and made it big. But even then, the story isn’t so simple.

FedEx was in many ways a documents company, only for technology to theoretically rain on its brilliant parade. Figure that the fax machine had become commonplace in offices (and increasingly homes) by the 1980s, and certainly 1990s. More than a few saw the machines as an existential threat to FedEx given the much greater speed that faxes could reach customers, only for the Internet to rapidly become a thing by the late 1990s. The Internet quickly rendered the fax machine yesterday’s news, but the value of FedEx continued to rise.

One guesses that in the face of these presumed threats to his business, the opposite-thinking Smith saw opportunity. In an economy defined by relentless innovation of this kind, abundant wealth would surely be the happy result; wealth that would lift boats of all sizes. And increasingly prosperous people want the fruits of wealth in speedy fashion. Basically Smith saw well beyond alleged obstacles to FedEx yet again, only for his business to continue to prosper.

How fitting in a sense that Smith announced stepping aside on the day that President Biden rolled out a budget that included a large tax increase on billionaires. About Biden’s proposal, Cato Institute co-founder Ed Crane (Smith was a Cato board member) emailed me to ask in joking fashion “What have billionaires ever done for us?” Crane knew well the answer to his own question.

Against the longest of odds, billionaires rush a much better future into the present to all of our betterment. Fred Smith’s amazing accomplishments vivify this truth. As for the man in pursuit of cheap political points with his obnoxious tax, it’s apparent that he’s still got some growing up to do at the age of 79.

This article, As Fred Smith Steps Down as FedEx CEO, President Biden Steps In It, was originally published by the American Institute for Economic Research and appears here with permission. Please support their efforts.