Antonio Martino: A Legacy of Liberalism 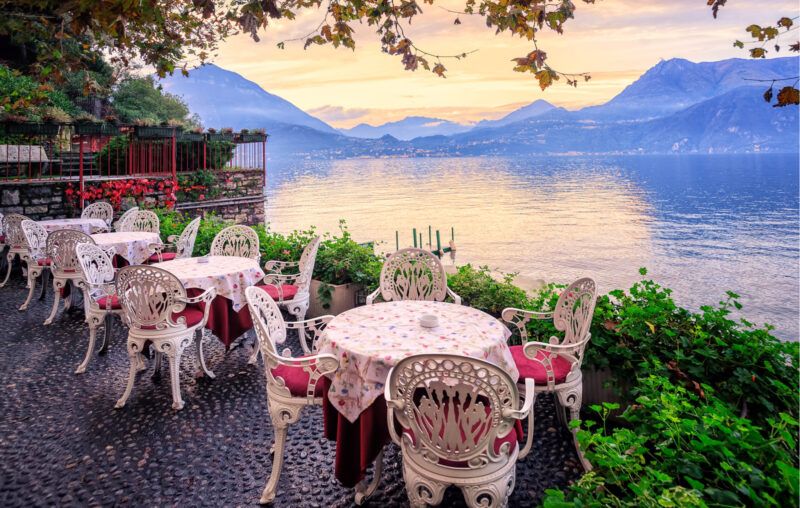 On Saturday March 5th, Italian economist and former minister Antonio Martino died at age 79. Martino was well known in libertarian and conservative circles: he was loosely associated with different think tanks and had been, in 1988-1990, the President of the Mont Pèlerin Society. Those who met him at conferences are likely to remember his contagious laugh and his knack for jokes. Martino came from a political family: his father, Gaetano, was Minister of Foreign Affairs in the 1950s, promoted the Conference of Messina and signed the Treaty of Rome – both acts of paramount importance in the making of postwar “united” Europe. He passed away when his son was 25.

Besides his scholarly work, Antonio Martino also had a political career, whose highlights were in the province of foreign affairs. For many years, like his father, he was a member of the Italian Liberal Party. He was a University professor, and for a little while he managed the first – alas unsuccessful – attempt at an Italian free-market think tank (CREA), and he wrote frequently for newspapers. Yet he was also a party member and once even tried to compete for the secretary role, the top job within the party. He had absolutely no chance. Why? Basically, because the Italian Liberal Party had drifted towards a form of (moderate) socialism and Martino became more or less a lone wolf. In the 1980s, Italian liberals despised Ronald Reagan and Margaret Thatcher. Hence one of his most truthful jokes, “The parties we call liberal in Europe have two things in common: they ain’t classical liberal at all, and they invariably lose elections.” In the Italian case, the liberals had a good year back in 1963, when they grew their consensus by being the only voice against the government’s takeover of the energy industry and other left-leaning reforms. Since then, they have moved little by little back into the “consensus,” and subsequently lost votes. By the way, a “good” election meant they won 7 percent (1963) whereas afterward they floated between 2 and 5 percent.

Everything changed in 1994. The judiciary was swept away, with the so-called “clean hands” investigation, and along with it an entire system of political parties. The Communist Party somehow survived the allegations of corruption (many thought because it enjoyed the sympathies of the prosecutors themselves, besides never having held national government) and it was poised to win elections. This would have been quite paradoxical: the end of the Soviet Union hardly suggested that a left-of-center future was inevitable for Italy or any other country for that matter. In 1992 Italy voted for a change of the electoral system which aimed at bringing it closer to Anglo-Saxon democracies, and that change was supported by people who had sympathy with the idea of a smaller and more restrained state.

Still, these people were quite unsuccessful in building unity until a “new man,” TV tycoon Silvio Berlusconi, entered the picture. Berlusconi understood that “moderate” political parties may have been in disarray, but that their voters were still there and were searching for a new home. He founded “Forza Italia” which, in the beginning, was a Reaganesque party. Berlusconi was the man who brought competition in TV to Italians, and now he was bringing technicolor politics. His message of reform and liberalization was crafted, by and large, by Antonio Martino. The university professor moved almost overnight from political pariah to political star, a voice that could explain the principles of classical liberalism, spending cuts, and lower taxes in terms that Italians found surprisingly congenial.

Berlusconi will go down in history as a master of political communication, but so was Martino. At that time, Italy was a country in which politicians tended to speak in their own idiom, quite different from the everyday language of the public. Berlusconi and Martino were able to make themselves understood by the grocer and the cleaning lady. Berlusconi’s appeal was based upon an extraordinary mastery of TV as the media of the time, plus a larger than life persona. Whatever his own (ironic) attempts in one-upmanship, Martino’s case was different.

He studied in Chicago, in the late 1960s (where he met his wife, Carol), and when he returned to Rome he soon became a University professor. In Chicago, he’d befriended Milton Friedman. Meeting Friedman reshaped his worldview. He was expecting professors to be cold and distant, as, particularly at that time, they used to be in Italy. Friedman was accessible, kind, and funny, and took the young Sicilian under his wing.

Martino would write a monograph on Friedman and a textbook based on monetarism, both in Italian. He was not the most original or the most academically accomplished of Friedman’s students. But different from many others, he took up Friedman’s mantle – perhaps not so much as an economist but as a public intellectual. Once back in Italy, he engaged in public discussion by writing op-eds, and he did so beautifully, with a prose which was profoundly indebted to Friedman’s lessons. He was simple, accessible, and often funny and witty. His ideas were Friedman’s too: From school vouchers to flatter taxes, Martino spent his entire life promoting Friedman’s policy proposals and strove to improve his master’s presentation style. In 1986, he ended up (with two colleagues, Sergio Ricossa and Gianni Marongiu) haranguing a rally of Italians who were fed up with excessive taxes in Turin. It was an unprecedented event in the country. The leader of the Italian Socialist Party, Bettino Craxi, dismissed it by saying that “They’re all tax cheaters.” Martino replied: “It’s like I say all socialists are thieves.” He was ousted from the newspaper La Stampa, for that.

When Martino suddenly became a celebrity in 1994, it seemed as if he’d prepared all his life for that. He had an arsenal of quotations and witticisms, and could easily explain complex economic concepts to any audience. Until then, he had an impact on his readers and his students and was confined to the periphery of politics. But now he was at the center of the scene and transformed the way many right-of-center voters think.

He had the talents of the popularizer, not necessarily those of the politician. All the people who were energized by his economic rhetoric were suddenly and irreparably disappointed when he became Minister of Foreign Affairs (like his father). Later on, when Berlusconi won election again in 2001, he was appointed Minister of Defense. The country benefited from his perfect mastery of the English language and his solid understanding of US politics and a certain “idem sentire” with the Bush 43 administration. But, once again, he was not in a position to produce market-leaning reform. Italians should be grateful that he accelerated the transition towards a purely professional army, with no draft. A reform which he passionately believed in, remembering Milton Friedman’s anti-draft commitment.

Berlusconi and his party did sometimes show admiration for Martino and brought him to Parliament for years, but the 1994 honeymoon was soon over. Berlusconi softened his liberal message and the party oligarchy regarded Martino’s blend of liberalism at best useful in the opposition but impractical once in government.

Martino was a Sicilian and was not an easy man; he enjoyed his fights and was the sort of person whose friendships could end abruptly. He did not leave behind a Martinian faction in the Berlusconi party, but had many admirers. Two of his protégés, Nicola Porro and Giuseppe Moles, are respectively now one of the country’s most successful anchormen and an Undersecretary to Prime Minister Draghi. In a recent interview with Porro, he commented (correctly, I think) that there are more classical liberals in Italy now than ever (admittedly, the baseline was very low), but they are repelled by politics.

Friedman was his intellectual hero. In foreign policy, reminiscent of the Cold War, he sympathized with American neoconservatism. But he always encouraged and appreciated people who were, so to say, “classical liberal extremists” (including, a long time ago, the present writer). His favorite political philosopher was Anthony de Jasay, whose book The State he loved. That says something.

This article, Antonio Martino: A Legacy of Liberalism, was originally published by the American Institute for Economic Research and appears here with permission. Please support their efforts.

Market Extra: Chances of a markets-led recession arriving sooner than expected are growing by the day, investors and traders say